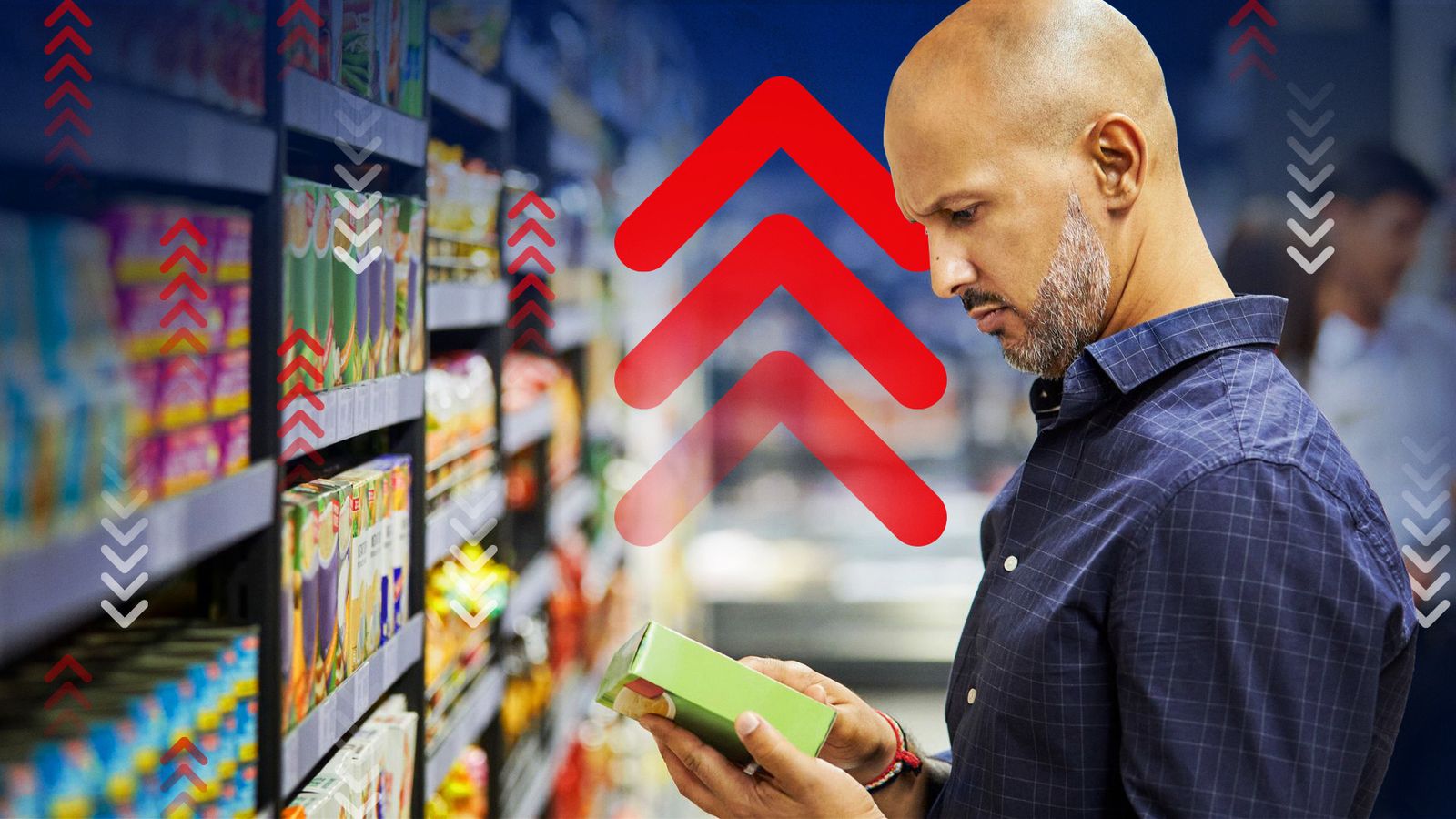 UK price rises slowed in August compared to July, but are still at the highest rates in more than 40 years. However, they are slow in comparison to some other parts of Europe.

In the UK there are several inflationary issues to contend with – a weak pound, low unemployment, an increasingly cashless society and Brexit – which we’ll get to later on, but one of the biggest drivers is the war in Ukraine.

The same is true in the rest of Europe, particularly those with closer geographic, cultural, economic and historic ties to Russia.

Prices in the Baltic states – Latvia, Lithuania and Estonia – are up more than 20%, more than double the UK rate. All three were part of the former Soviet Union.

The other highest price rises across Europe are also all former-Soviet satellite states in the east. Prices in the Czech Republic, Hungary and Poland have risen by more than 10%.

Scroll through the charts below to see how this split has developed since the war in Ukraine.

In the years before COVID it was difficult to see a clear inflation pattern dividing former Eastern Bloc countries.

There was no obvious difference between countries like Latvia, Lithuania and Estonia that were part of the Soviet Union, and others like Poland or the former Czechoslovakian countries which had been Soviet satellite states.

Rises and falls were higher or lower at times than the UK or EU average, but followed similar trends with no distinctive patterns. That’s why this chart looks so messy.

It was a similar story in the years after. Prices fell in some countries and recovered in others, but there was no clear pattern between different groups.

During the build up to the war in Ukraine and since, a divide has opened.

Those countries with the closest geographic, cultural, economic and historic ties to Russia have had the highest levels of inflation in Europe.

Douglas McWilliams, Deputy Chairman of the Centre for Economics and Business Research (Cebr), says that this change is linked to the Russia-Ukraine war and related sanctions, but also due to the economic make-up of these countries.

“Baltic states still have much bigger connections with Russia than we have further west. You’ll notice if you go to these countries that many products in shops are from Russia.

“I don’t know the extent to which they’re actually implementing sanctions but there will be things that are harder to get hold of at the moment which will create a shortage and cause prices to rise.

“Also, in eastern Europe a greater proportion of inflation will be made up of food prices because there is a lower standard of living in general and more of someone’s spending will be on necessities.

“It’s the same as with lower income groups within this country where food and energy form a higher proportion of their total spending so they are most affected by price rises of these things.”

Lower-income countries in Africa and Asia haven’t seen inflation rates at the same levels as in Europe, despite energy and food costs increasing worldwide, perhaps due to different diets or their distance from the war.

What about countries more similar to the UK?

Among western European countries the UK sits close to the middle.

Switzerland and France have managed to control inflation better than the rest of Europe, while prices in the Netherlands, Spain and Belgium are rising faster than in the UK.

However, the UK does have the highest inflation rate in the G7 – the group of the seven largest economies and liberal democracies.

Mr McWilliams said that Switzerland has been able to keep price rises low because agricultural protections meant their food was already more expensive than other countries. They are less impacted by international price rises as a result.

“They also rely quite a lot on their own hydroelectric power, so are less exposed to gas. In France they have a lot of nuclear and they have subsidised energy prices and that has helped them considerably.

“These subsidies won’t be too expensive in the long-term, because France can bring nationalised nuclear back on stream and produce energy cheaply.

“In the UK we don’t really know how long the subsidies [to be introduced in October] are going to be paid, and how wide the gap will be between the price people pay and the market.

“If there is a gap it will add to borrowing the same way furlough did and we will have to pay that debt off in the long term. I would assume the Bank of England will continue to raise interest rates and I would expect us to see some kind of recession over the next 12 months.”

Why is inflation higher in the UK than other big economies?

“It [the pound] has weakened slightly versus the euro and quite a lot against the dollar, and that means international prices of all kinds have been rising.”

2. Comparatively low levels of unemployment pushed up the cost of labour

Low levels of unemployment are usually a good sign, although in the UK this is caused more by people leaving the workforce entirely – for example retiring or registering themselves as long-term sick – than by more people getting jobs, meaning productivity doesn’t rise as unemployment goes down.

The UK’s unemployment level is a 48-year low for this country, but close to the current G7 average.

However, it has the lowest numbers of working age people who are active in the labour force, and there have been more than 1.3m unfilled vacancies every month since the start of the year.

3. The move to a cashless economy

“I have a suspicion that it [using less cash] has made the economy more inflationary because people don’t notice immediately how much they are paying, so it’s weakened a degree of resistance to price increases,” said Mr McWilliams.

Some economists prefer ranking different countries by looking at ‘core inflation’, which excludes things like energy and food which are more seasonal and change regularly.

On that measure, the UK performs worse, even than countries like the Netherlands that had a higher overall inflation rate.

Mr Tombs also said that “the UK’s relatively high inflation rate largely is a consequence of government policies to date.”

“The government has helped households cope with higher energy prices by giving them grants – which don’t reduce consumer prices – rather than directly controlling energy prices as many other governments in Europe have done.”

“This will change from October, now the government has put in place the £2,500 price cap, so I doubt Britain will be an outlier next year.”

Mr McWilliams agreed that the Brexit impact is likely small.

“Immigration post-Brexit has been roughly the same as it was before, although the mix is different. If you look at the things that have gone up in price it doesn’t follow that Brexit is the issue – Brexit doesn’t affect energy prices or the price of wheat.

“There could be a bit of an effect, but it’s hard to see good evidence for it and it’s not the most obvious factor.”