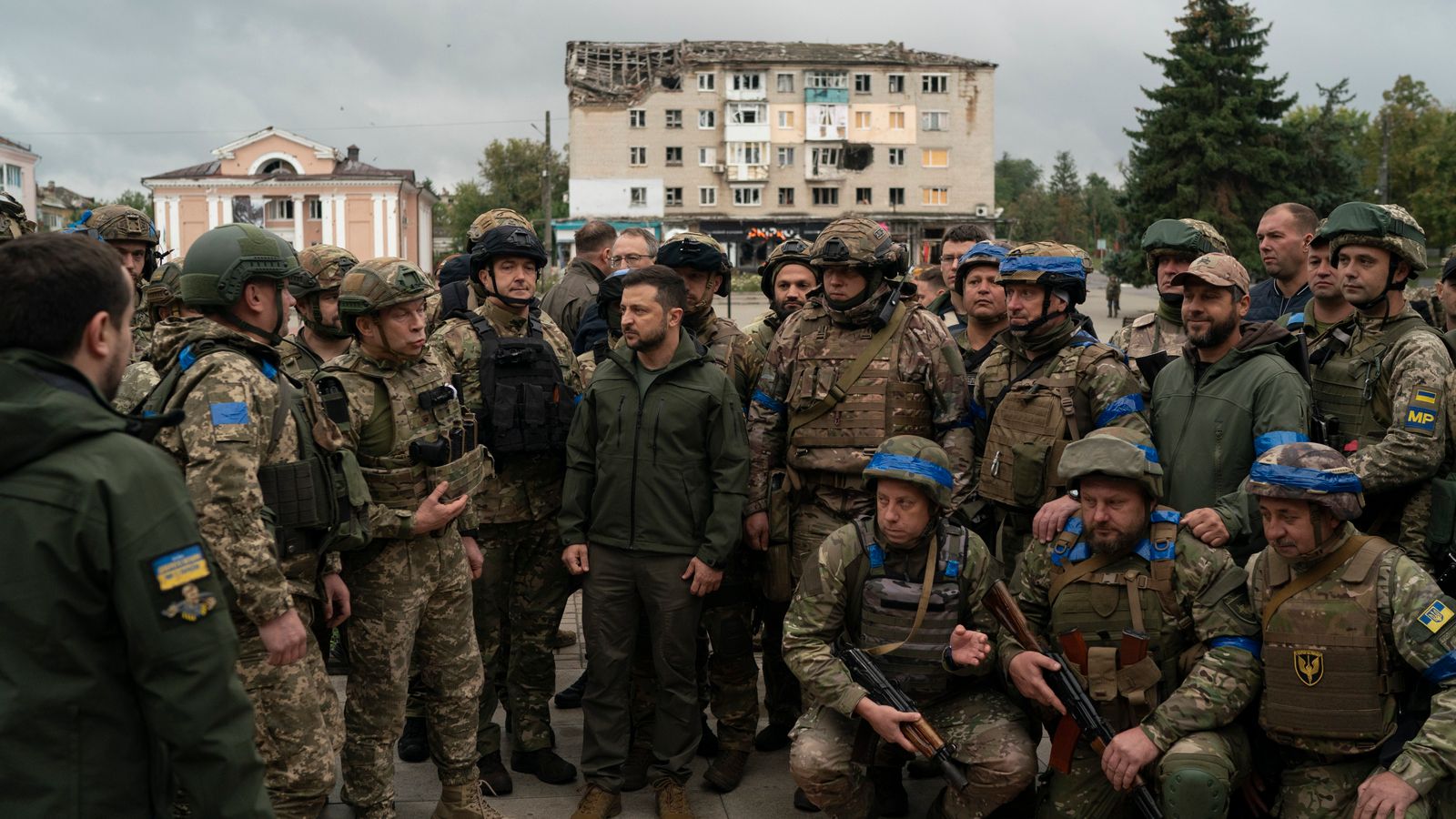 Ukraine President Volodymyr Zelenskyy visited the newly-recaptured town of Izium on Wednesday for the national flag-raising ceremony in a show of triumph.

A Ukrainian military brigade said that the town is a key supply hub in the north-eastern Kharkiv region.

Mr Zelenskyy expressed his gratitude to the soldiers for “liberating Ukrainian lands” and went on to raise the Ukrainian flag over the city council, the 25th Separate Airborne Sicheslav Brigade has said.

The statement appeared on Facebook including photographs of the president, Deputy Defence Minister Hanna Malyar and senior military personnel at the ceremony.

And he said columns of military equipment were reported at a checkpoint in Chonhar, a village marking the boundary between the Crimean Peninsula and the Ukrainian mainland.

Melitopol has been occupied since early March. Capturing it would give Kyiv an opportunity to disrupt Russian supply lines between the south and the eastern Donbas region, the two major areas where Moscow-backed forces hold territory. 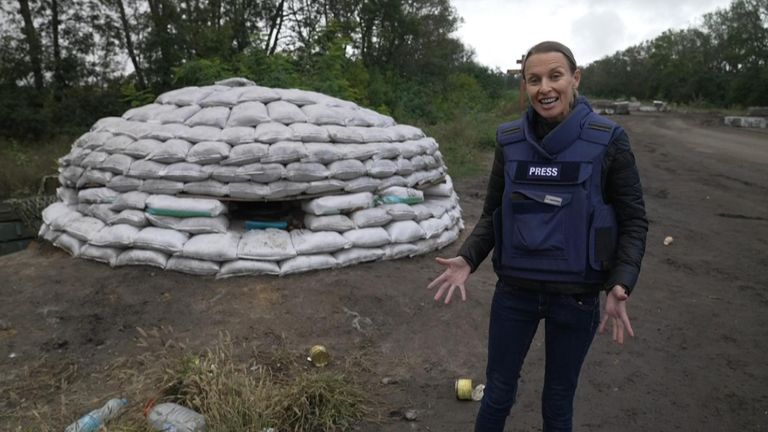 In his nightly address to his nation, Mr Zelenskyy said “stabilisation measures” had been put in place in the liberated towns and villages.

“Remnants of occupiers and sabotage groups are being detected, collaborators are being detained, and full security is being restored,” he said, adding that border guards had been sent to protect “the state border in the liberated territory”.

“It is very important that together with our troops, with our flag, ordinary, normal life enters the de-occupied territory,” he said.

In one video, border guards tore down a poster that read: “We are one people with Russia.”

British intelligence reports said one of Russia’s premier forces, the 1st Guards Tank Army, had been “severely degraded” during the invasion, along with the conventional Russian forces designed to counter NATO.

“It will likely take years for Russia to rebuild this capability,” officials said.

But even if Mr Putin were to sit down at the negotiating table, President Zelenskyy has made it clear Russia must return all Ukrainian territory, including Crimea, Mr Gallyamov said.

Experts are also cautioning that momentum has switched back and forth before, and Ukraine’s allies were careful not to declare a premature victory, since Mr Putin still has troops and resources available.

In Washington, President Joe Biden told reporters it was clear the Ukrainians had made “significant progress”.

However, he stopped short of saying recent successes marked a turning point in the war saying “the question is unanswerable, it’s hard to tell”.

In the face of its largest defeat since its botched attempt to capture Kyiv early in the war, Russia’s defence ministry spokesman Igor Konashenkov said troops were hitting back with “massive strikes” in all sectors.

But there were no immediate reports of a sudden increase in Russian attacks.

In the wake of the apparent retreat, Ukrainian authorities moved into several areas to investigate alleged atrocities committed by Russian troops against civilians.

The consolidation of territory gains comes as the US state department revealed more than £260m has been covertly spent by Russia to try to influence politicians and other officials in more than two dozen countries since 2014.

The department took the unusual step of releasing a diplomatic cable signed by Secretary of State Antony Blinken that was sent on Monday to many US embassies and consulates abroad, many of them in Europe, Africa and South Asia, laying out the concerns.

The cable, which was marked “sensitive” and was not intended for foreign audiences but was not classified, contained a series of talking points that US diplomats were instructed to raise with their host governments regarding alleged Russian interference.