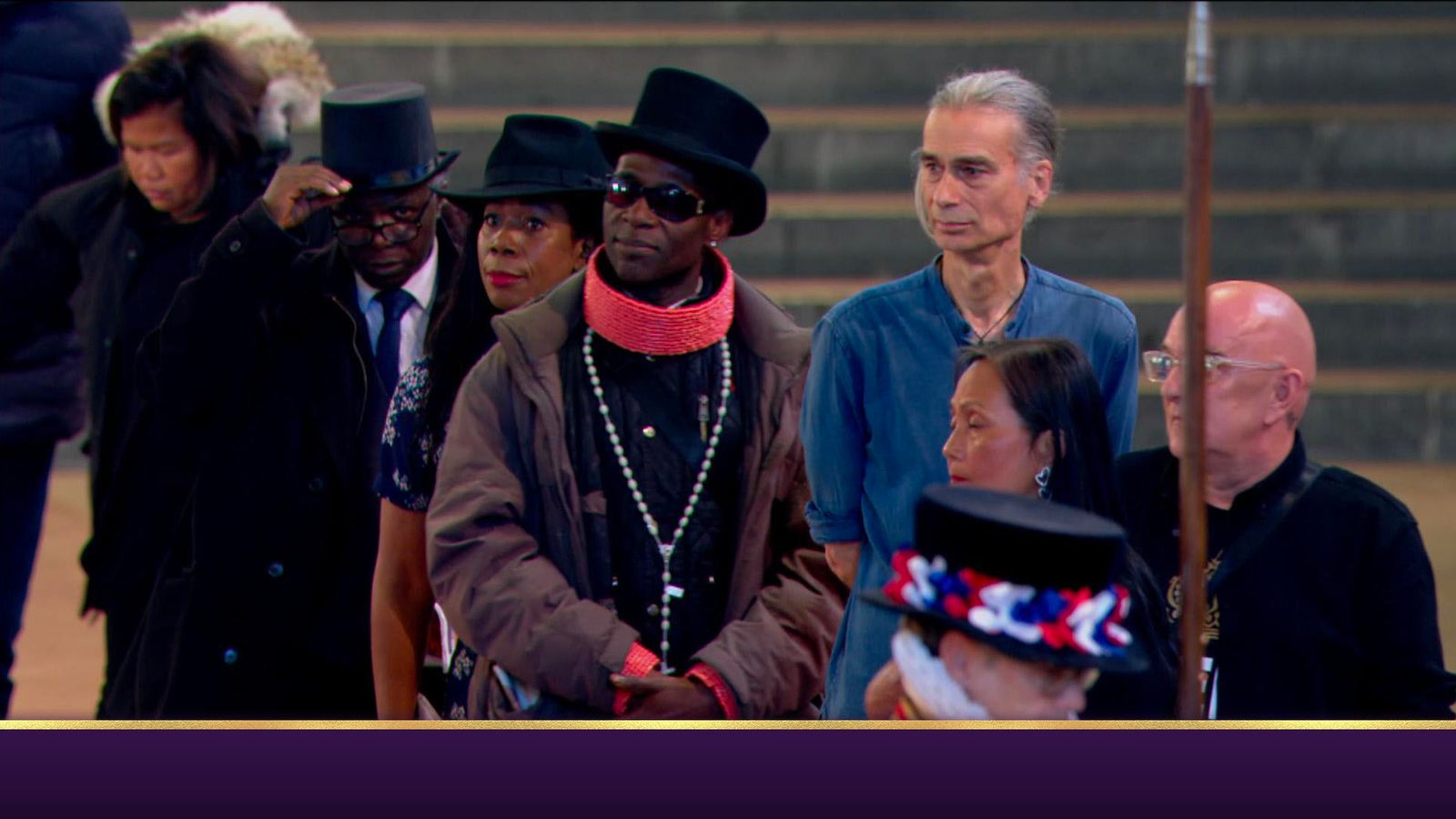 Mourners have begun filing past the Queen’s coffin in Westminster Hall, many of whom will have queued overnight for the opportunity.

The monarch is lying in state after leaving Buckingham Palace for the final time earlier today.

Hundreds of thousands of people are expected to walk past her coffin after the doors opened to the public at 5pm and will stay open for four full days until 6.30am on Monday, the day of her funeral.

Long lines of mourners could stretch for 10 miles with waits of up to 30 hours to get into Westminster Hall.

The first person to join the queue was Vanessa Nathakumaran, who arrived at 11.30am on Monday.

She said: “It’s going to be an emotional one, and when you go in there, my main aim is to show respect.”

Similar scenes played out in Scotland on Monday as people queued through the night for their chance to walk past the late monarch at St Giles’ Cathedral in Edinburgh.

At 5.20pm, the tracker showed the queue to get into Westminster Hall was around 2.9 miles long, stretching as far as London Bridge.

To help avoid disappointment, it is understood that entry to the back of the queue may be closed early, although it is too early to estimate when that moment might come.

Earlier in the afternoon, King Charles, the Prince of Wales and Duke of Sussex accompanied the Queen’s cortege on the journey to Westminster Hall from Buckingham Palace.

A gun carriage that had borne the coffins of her mother and father carried the late monarch to Westminster Hall – a procession of pomp and pageantry through the heart of the capital watched by tens of thousands who lined the route.

Kumi De Costa, a 51-year-old NHS nurse from Surrey, travelled to see the procession with her two sons and her aunt, Sumana Vidya, leaving at 7am to get a good view on Parliament Street.

She said: “I feel very happy that we were able to be here. It was very emotional seeing the crown on the coffin. It’s like an end of an era. Britain will be and will look very different.

“But it was wonderful to see the new King in the flesh, so close and the sons behind, especially for my kids, because I want them to remember and tell their grandchildren that they were here today.”

Biden to tell Truss ‘in some detail’ that UK must negotiate with EU over Northern Ireland
Keir Starmer says he will reverse tax cut for top earners if he wins next election
UK government dishes out extensive tax cuts as country braces for recession
Car dealer Pendragon gears up for £400m bid from top investor
Stamp duty, energy bills and alcohol duty: The key mini-budget announcements