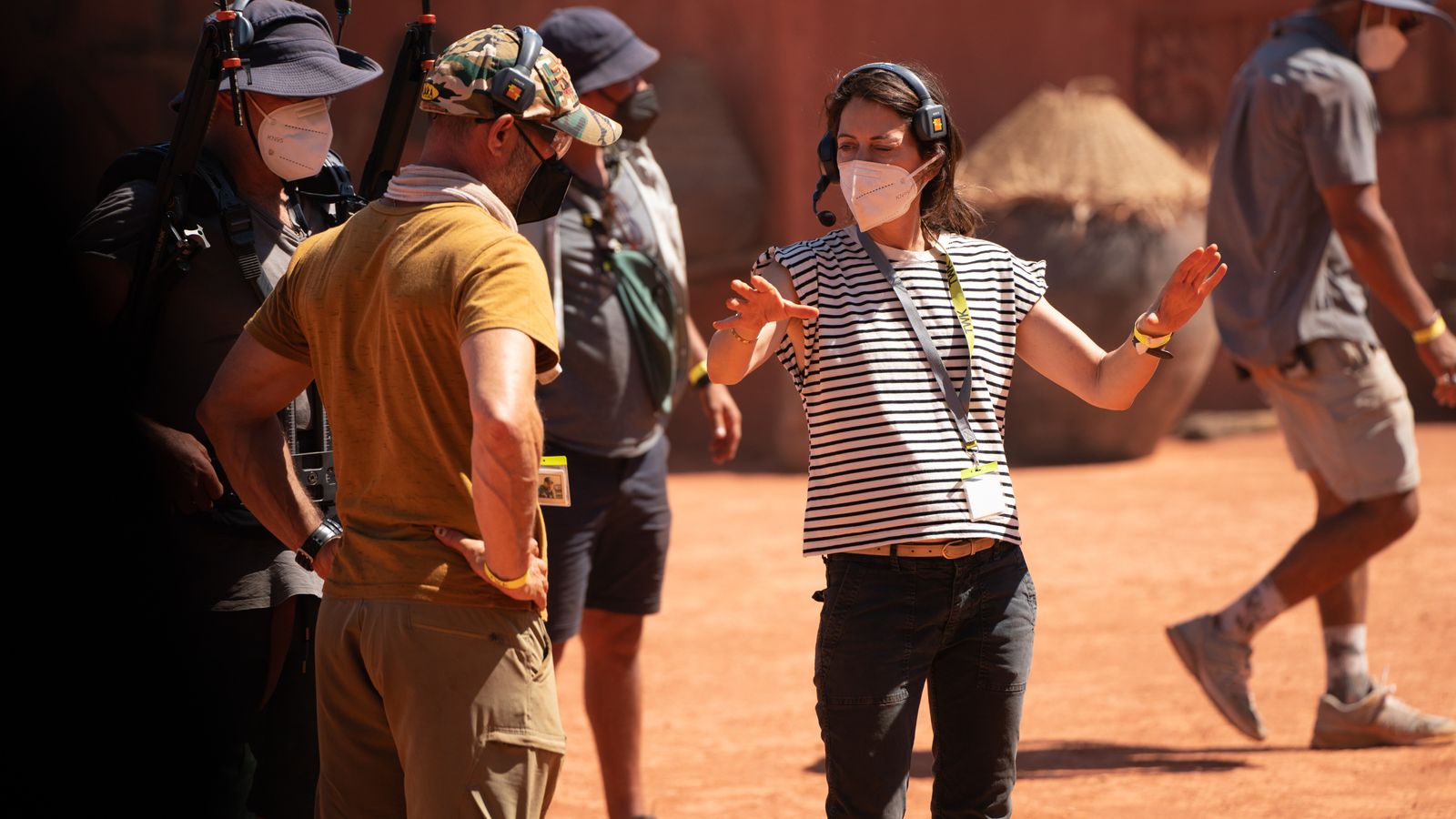 If awards shows can be used as a measure of progress in Hollywood then two back-to-back wins for female directors at the Oscars, with last year’s victor Jane Campion the first woman to be nominated twice, might suggest that things are heading in the right direction.

But there is one category that still has some serious catching up to do – cinematography.

Since the Oscars started back in 1929 there has never been a female winner, and in fact only two women have ever been nominated – Dee Rees in 2018 for Mudbound and Ari Wegner for the film that got Campion her directing prize – Power of the Dog.

But the Academy can only award those responsible for making films in any given year, and a recent study by the Center for the Study of Women in Television and Film at San Diego State University suggests there are only a handful of women behind the camera, It found just 6% of cinematographers were female in 2021, up from 4% in 1998.

Polly Morgan, whose new film The Woman King premiered to overwhelmingly positive reviews at Toronto International Film Festival, is one of that tiny percentage.

The British filmmaker is the only woman to be accredited by both the British and American Societies of Cinematographers, and speaking during the film festival, told Sky News that progress is happening, but it’s slow.

“I do see a lot of young women out there… and a lot of females contact me from all around the world, and they’re all asking me questions of, ‘How do I do it? How do I get there? How do I move forward?'” Morgan said.

“So it’s hard to know contextually how much there are out there, but, you know, we’re going somewhere, we’re definitely making a step in the right direction.

“There’s really not many women as visual effects supervisors either, and composers – I think in composing there’s the least amount of women, so filmmaking is just historically male, and I think we’re making steps to address the balance, but it just takes a bit of time.”

As well as The Woman King, Morgan also worked as director of photography on this summer’s box office success Where The Crawdads Sing.

She says, despite being one of the very few women to make it to the top of the industry, she still can’t quite believe it.

“I have to pinch myself because it’s all very bizarre, I still feel like I’m 21, and so I think it’s scary when I realise that I’m not and that there are younger people coming up behind me,” she admitted.

“But I do think it is important to have a presence and do publicity and stuff because I do realise that that is what is inspiring to younger people.

“I think for me when I was starting out, there were very few women in the field that I could really reach out to and ask advice from, and so I love it now that there are more and more women doing it.”

Morgan says she has been inspired by representation – when she was looking to try to combine her career with family.

“I love the fact that women have families and [are] managing to do both,” she said.

“I thought when I was in my twenties and even in my early thirties that I would never be able to have a family and do this job, and it wasn’t until I started to see women around me doing it that I thought, ‘oh, I can do it too’ – and now I have.

“And even though it’s difficult for working mothers, we make it work, and so I think it’s important for women out there to also know that they can be a filmmaker in whatever regard, and also be a mother.”

The Woman King has been something of a passion project for director Gina Prince-Bythewood and star Viola Davis.

About an all-female warrior unit in West Africa called the Agojie, it’s set in the 1820s, and took around seven years to make.

When it did get the green light, Prince-Bythewood assembled a team of largely female heads of department, including Morgan.

Production took place on location in South Africa, and the cinematographer says it wasn’t an easy shoot.

“It was a challenge all round, I think that’s one of the things that really draws me to something – it’s exciting to push yourself and do something new,” Morgan said.

“But yeah, we started off principal photography up in the north of South Africa on location, on a game reserve, actually filming the opening scene of the movie, which is a night exterior, huge battle scene, and we had to bring everybody and everything up to that location, all the background extras, all the materials to build the camp, all the lights, the cables, the generators, the crew, and there’s no Wi-Fi up there, so communication was difficult, so it was incredibly challenging.

“The crews in South Africa are incredible, and I think that kind of challenge just brings everybody together, and you just all have to figure out how you’re going to pull it off.”

But while it was difficult, it was also rewarding, and Morgan says she’s proud of what she achieved.

“On a movie like this in contrast to a smaller movie, my role kind of changes because I have to lead and manage all these different types of people and also a rigging crew that will go ahead of time and pre-set gear for us and make sure that things are in place when we get there, so it doesn’t take us a phenomenal amount of time to get going.

“So that is kind of like working at an airport or something like that – directing planes – it’s kind of a different part of my brain that needs to work.”

The Woman King will be out in cinemas in the UK next month, but whether a woman will ever be crowned best cinematographer at the Oscars remains to be seen.

Corporate climate commitments are improving, but the worst offenders are doing the least
Elon Musk has more than 20 direct reports at Tesla — here are the ones we know about
Meta looks to cut costs by 10% or more over next few months, says report
George Conway reacts to Trump’s comments on potential indictment
‘Biggest tax cuts for 50 years’ as chancellor wields knife in mini-budget