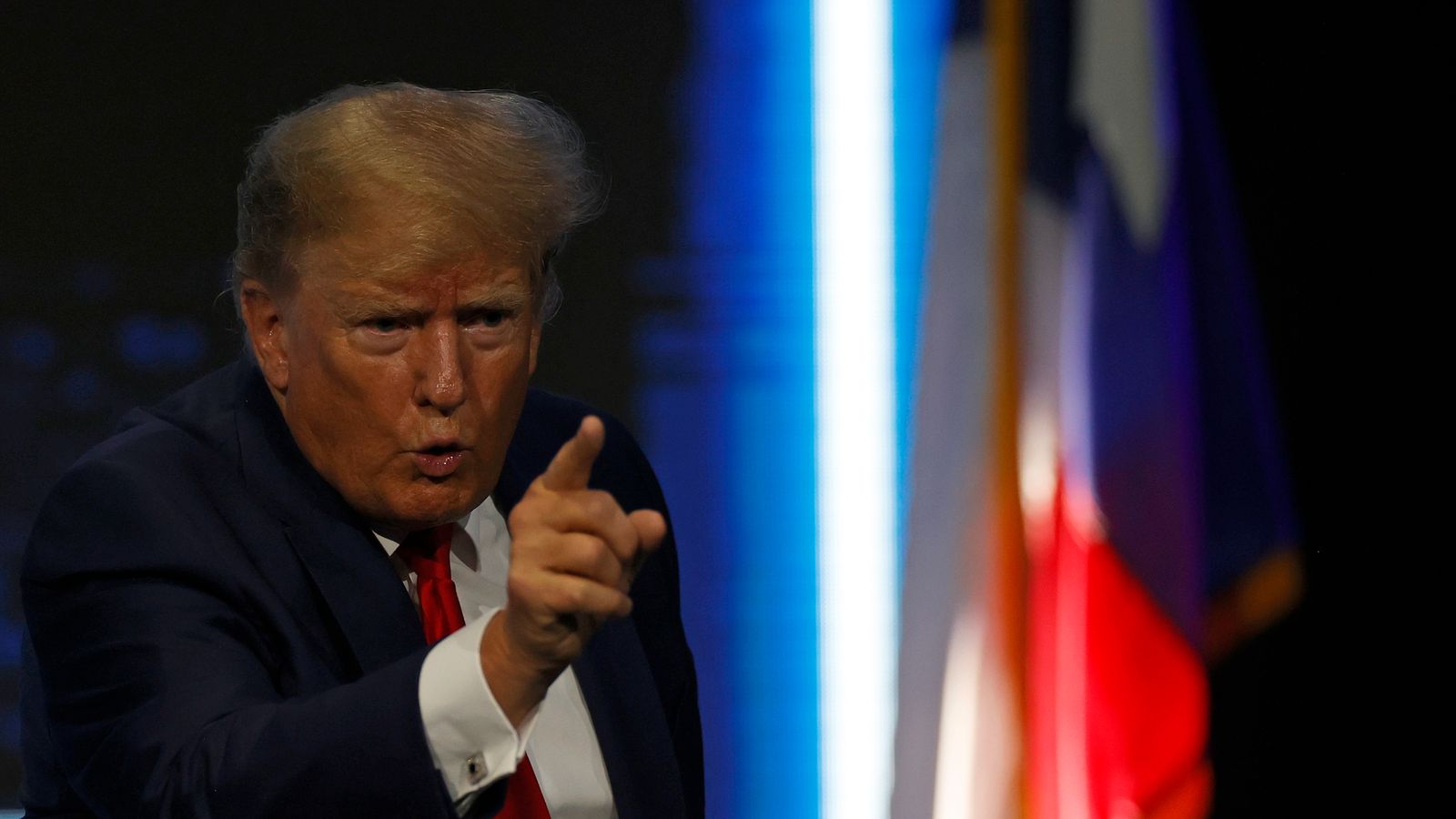 Donald Trump and three of his children have been served with a lawsuit alleging “years of bank, tax and insurance fraud”.

New York attorney general Letitia James is suing the former US president, his family, and the Trump Organisation.

If successful, it could halt Mr Trump’s ability to do business in the state for years – and even includes a referral for possible federal prosecution.

The penalties could effectively be a “death penalty” for his organisation, Ms James said.

The suit, more than 220 pages in length, details alleged efforts by Mr Trump to inflate his personal net worth to attract favourable loan agreements while also deflating his worth and holdings to gain better tax benefits.

It also named the former president’s sons Donald Trump Jr and Eric, and his daughter Ivanka Trump as defendants.

Ms James is asking a court to bar Mr Trump and his children from serving as officers or directors in any New York business.

The Trump Organisation has denied any wrongdoing.

Mr Trump in a social media post called the action “another witch-hunt.” and one of his lawyer’s labelled it “meritless”.

At a news conference, Ms James said the suit alleged more than 200 instances of fraud over 10 years.

The lawsuit came on the same day the Justice Department said Mr Trump has failed to provide any evidence he declassified records seized from his Florida estate.

The former president had sued the Justice Department after the FBI search in August at his Mar-a-Lago home, asking for the investigation to be frozen while an independent lawyer was appointed to oversee it.

Of the more than 11,000 documents seized by the FBI, about 100 had classified markings.

Mr Trump had claimed at the time he was President he had declassified them.

However, the Justice Department’s lawyers wrote in a filing late on Tuesday: “Plaintiff again implies that he could have declassified the records before leaving office.

“As before, however, Plaintiff conspicuously fails to represent, much less show, that he actually took that step.”

The Justice Department is conducting a criminal investigation of Mr Trump for retaining government records, some
marked as highly classified, including top secret, after leaving office in January 2021.

Mr Trump has denied wrongdoing and has said the investigation is a partisan attack.