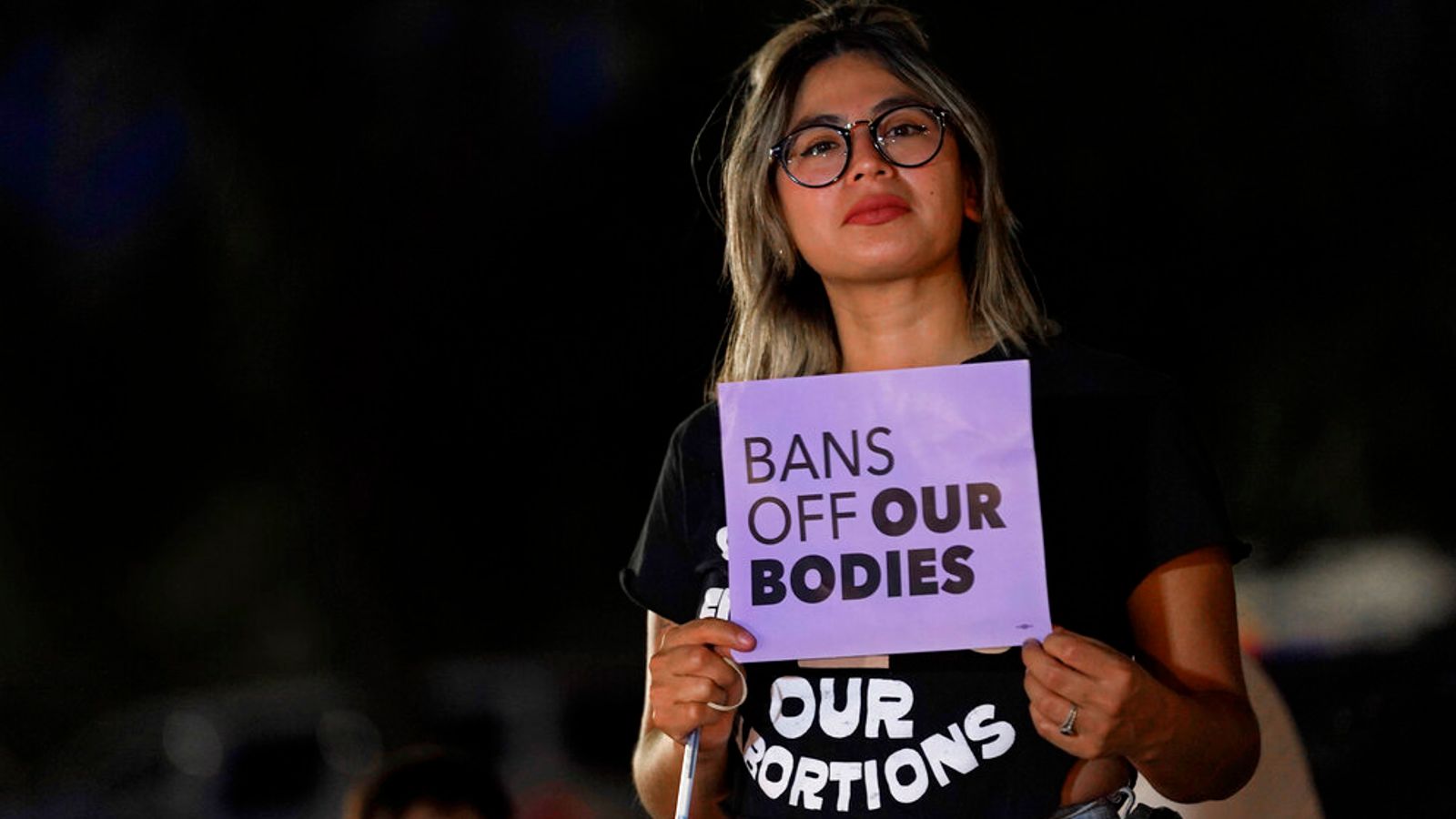 Abortions have effectively been banned in Arizona after a judge lifted an injunction that had blocked prosecutions for nearly 50 years.

Anyone who performs abortions could now face criminal charges and the only exception is if the mother’s life is in danger.

It comes after the US Supreme Court overturned the 1973 Roe v Wade ruling in June. The landmark ruling had given all women the right to an abortion.

But states can now enforce their own laws and at least 14 have already brought in bans, while legal battles are going on in others.

One large provider, Planed Parenthood, urged the judge to keep the status quo and said it would take “Arizonans back to living under an archaic, 150-year-old law”.

“This decision is out of step with the will of Arizonans and will cruelly force pregnant people to leave their communities to access abortion,” said boss Alexis McGill Johnson.

Democrats are making abortion a key issue ahead of crucial US mid-term elections in November.

Senator Marc Kelly said the decision would “have a devastating impact on the freedom Arizona women have had for decades”.

Katie Hobbs, another Democrat – who’s running for governor, urged voters to fend off the erosion of abortion rights in November’s election.

Arizona’s abortion ban dates back to before it became a state in 1912.

However, the Roe v Wade decision led to an injunction that stopped that law being enforced – until now.

This week’s change comes after assistant attorney general Beau Roysden argued in August that since Roe had been overruled, the only reason for the injunction blocking the old abortion law was gone.