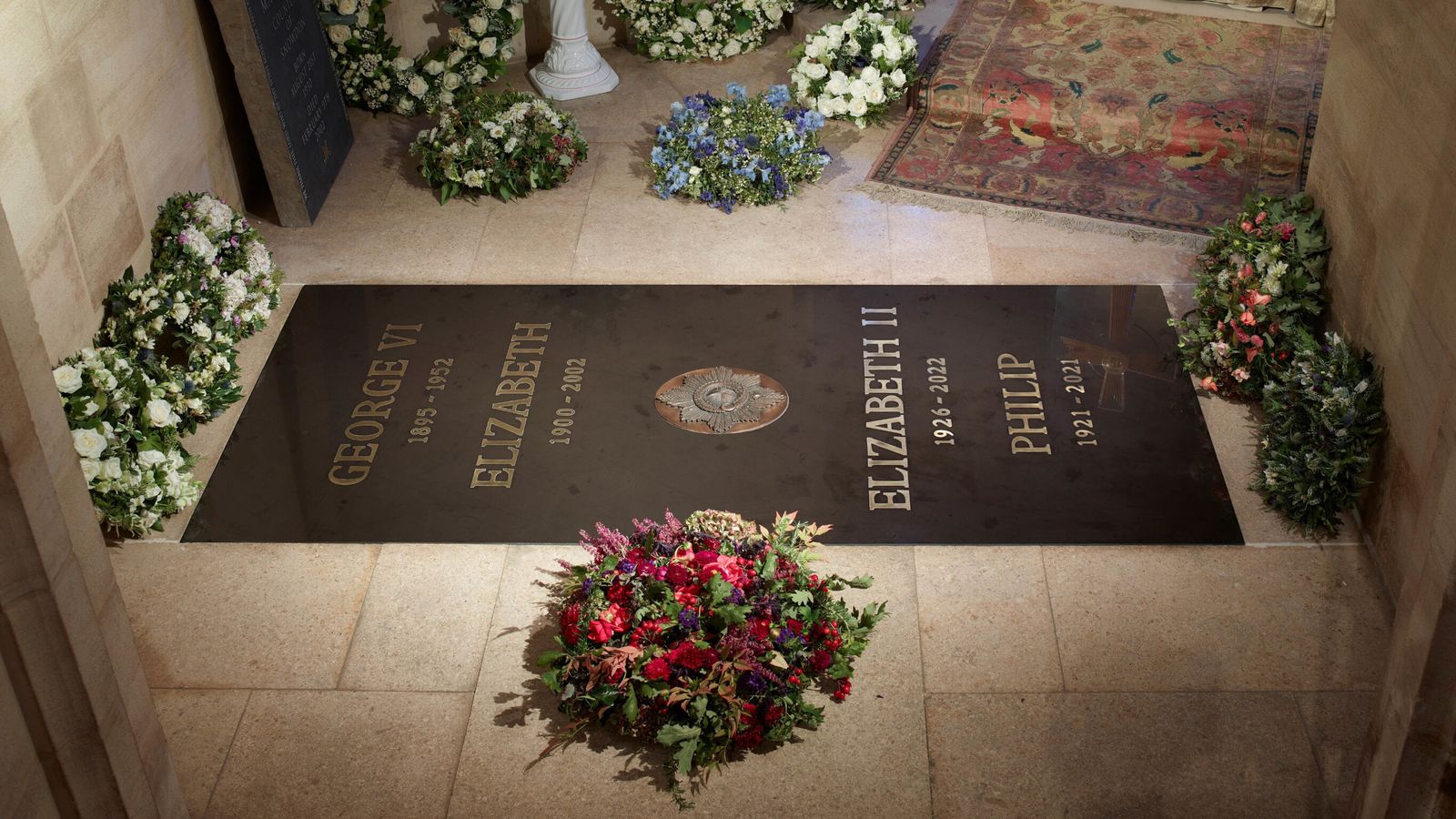 The late monarch was laid to rest on Monday evening in the King George VI Memorial Chapel in St George’s Chapel, Windsor Castle.

Her parents and husband are also buried there.

Elizabeth II’s name is inscribed on the black slab with those of her father George VI, mother Elizabeth, and husband Philip.

The picture shows the stone set into the chapel floor and surrounded by tributes of flowers and wreaths.

It is made of hand-carved Belgian marble with brass letter inlays, to match the previous one that had the names of George VI and Elizabeth in gold lettering.

Visitors will be able to see the new stone in person from next week as Windsor Castle reopens to the public.

The Queen, 96, was laid to rest together with the Duke of Edinburgh in a service attended by King Charles and other members of the Royal Family.

The private ceremony followed her state funeral at Westminster Abbey and committal service in Windsor.

All four royals were members of the Order of the Garter, which has St George’s Chapel as its spiritual home.

Read more:
Queen’s name etched on Windsor chapel ledger stone
Visitors can view Queen’s final resting place from next week
The Queen through the years – a life of service in pictures

People can pay their respects at the burial site from Thursday 29 September, just over a week after the funeral.

When Philip died 17 months ago, his coffin was interred in the Royal Vault of St George’s, ready to be moved to the memorial chapel when the Queen died.

The Queen’s sister Princess Margaret, who died in 2002, was cremated and her ashes were initially placed in the Royal Vault, before being moved to the memorial chapel with her parents’ coffins when the Queen Mother died weeks later.

The memorial chapel was commissioned by the Queen in 1962 as a burial place for her father. It was designed by George Pace and finished in 1969.