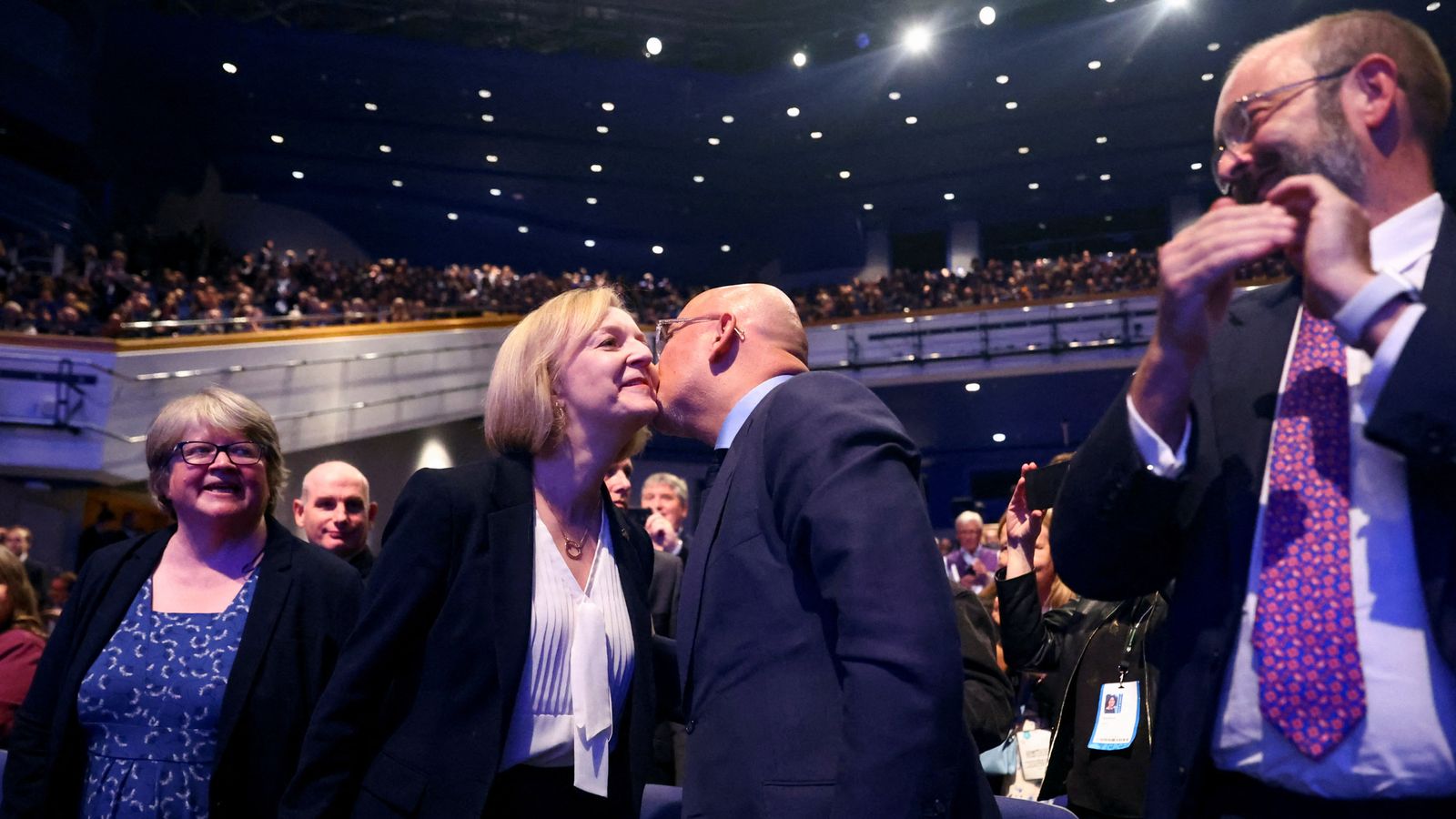 Liz Truss will wrap up the Conservative Party conference by defending her approach and pledging a “new Britain for the new era” – after a week of U-turns and infighting.

And just a day after her home secretary accused some Conservatives of attempting a coup, the prime minister will tell her audience: “Whenever there is change, there is disruption. Not everyone will be in favour.”

Her speech will come two days after a major U-turn on a crucial policy to cut the 45p rate of income tax for higher earners and days of being publicly criticised by fellow Tory MPs.

The hall in Birmingham is not expected to be full as many MPs said they were leaving on Tuesday evening ahead of train strikes on Wednesday.

Despite a tumultuous few days, which followed the economic turmoil after the mini-budget, Ms Truss will tell members: “We need to grow the pie so that everyone gets a bigger slice.”

“I am determined to take a new approach and break us out of this high-tax, low-growth cycle,” she is expected to say.

The PM will set out her plan to try to convince the British people they will be supported through the current cost of living crisis.

“The scale of the challenge is immense. War in Europe for the first time in a generation,” she will say.

“A more uncertain world in the aftermath of COVID. And a global economic crisis. That is why in Britain we need to do things differently.”

She will continue: “Everyone will benefit from the result – a growing economy and a better future. That is what we have a clear plan to deliver.”

Ms Truss will also put her government forward as having an “iron grip” on the UK’s finances that will help everyone.

She is expected to talk about growing up in Paisley and Leeds and how that influenced her approach to politics and her “dedication” to ensure opportunity is boosted across the UK.

“This is a great country. But I know that we can do better and we must do better,” she will say.

“We have huge talent across the country. We’re not making enough of it.

“To deliver this, we need to get Britain moving. We cannot have any more drift and delay at this vital time.”

Truss: ‘No shame’ over tax U-turn

And reiterating her need to change course for the country, she will tell members: “We are the only party with the determination to deliver.

“Together, we can unleash the full potential of our great country. That is how we will build a new Britain for the new era.”

Liz Truss’s speech is due to take place at 11am on Wednesday. Follow live updates and analysis on the Sky News Politics Hub and on TV.