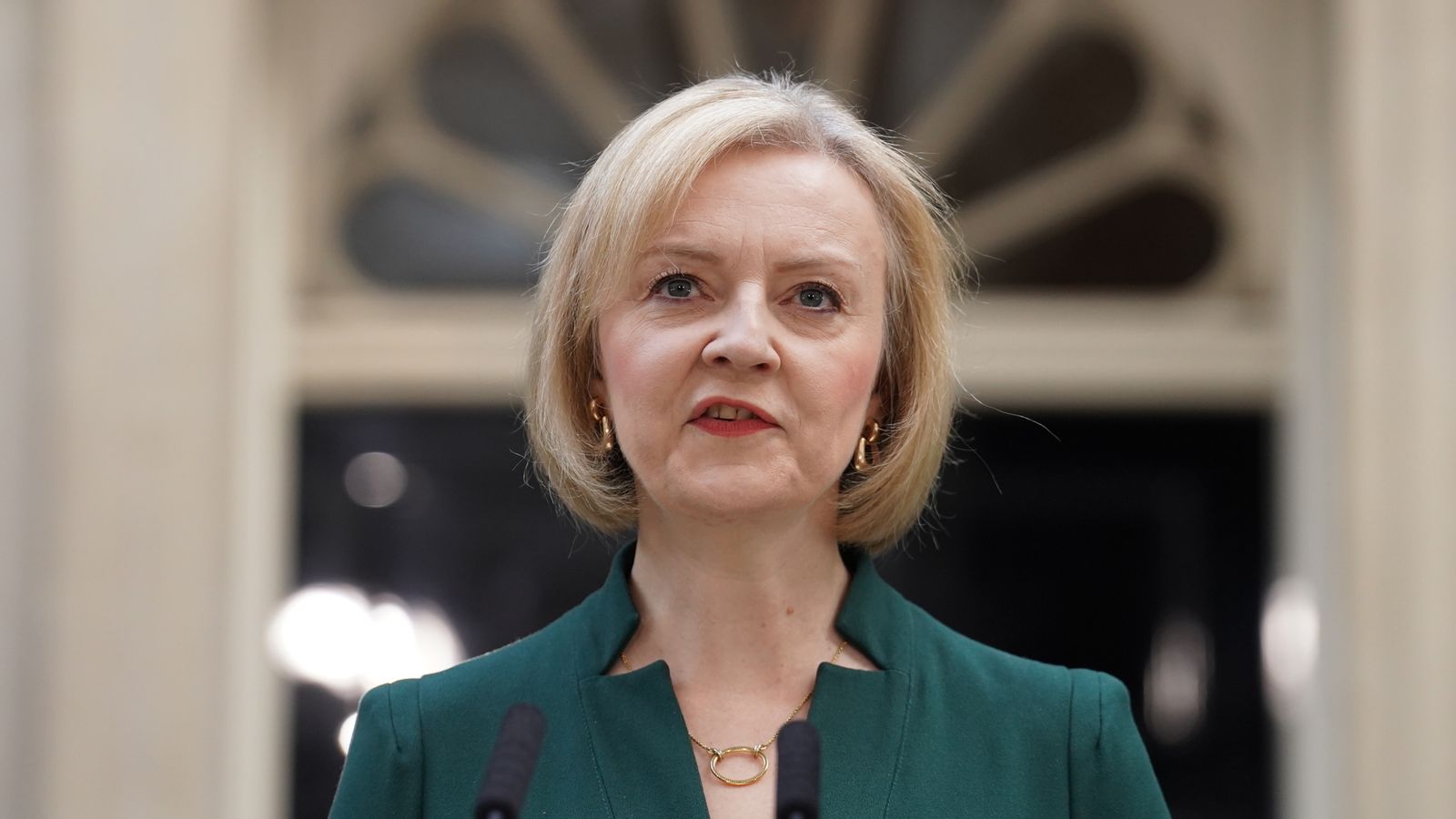 The government is facing calls to carry out an urgent investigation after reports emerged that a phone belonging to Liz Truss was hacked by Russia.

The Liberal Democrats and the Labour Party have described the allegations as “extremely serious” and “concerning”.

Private messages between the then foreign secretary and cabinet minister Kwasi Kwarteng were also accessed, according to the Mail on Sunday.

These details were reportedly suppressed by Boris Johnson, who was prime minister at the time, and Cabinet Secretary Simon Case.

The government hasn’t confirmed the reports and Sky News hasn’t been able to independently verify the claims.

Speaking to Sky News, chair of the Defence Select Committee Tobias Ellwood said he was not aware of the incident but had seen the reports.

“This is a constant threat from Russia, they are getting better and better at these cyber attacks and hacking. We take the most stringent measures to make sure it doesn’t happen,” he told Sky News.

“It is something for the intelligence and security committee to investigate further.”

‘Serious questions’ need to be answered

In response to the report, shadow home secretary Yvette Cooper said it shows the “severity of the threats” from countries that want to harm the UK.

“There are immensely important national security issues raised by an attack like this by a hostile state, which will have been taken extremely seriously by our intelligence and security agencies,” she said.

“There are also serious security questions around why and how this information has been leaked or released right now, which must also be urgently investigated.”

‘Unforgivable’ if information was withheld to protect Truss

Meanwhile, the Liberal Democrats called for an urgent investigation to take place and said the allegations raise “serious questions” for Mr Johnson.

The party’s foreign affairs spokesperson Layla Moran asked: “Was Liz Truss’s phone hacked by Russia, was there a news blackout and if so why?

Read more:
Foreign secretary to urge UN leaders to starve terrorists of money
Why is home secretary’s appointment so controversial?
Rishi’s cabinet – who’s in and who’s out?

“If it turns out this information was withheld from the public to protect Liz Truss’s leadership bid, that would be unforgivable.

“We cannot allow the Conservative Party’s political games to be put ahead of the country’s interests and national security,” she added.

A government spokesperson said there are “robust systems” in place to protect against cyber threats, including regular security briefings for ministers and advice on how they can protect their personal data.

But, they added: “We do not comment on individuals’ security arrangements.”