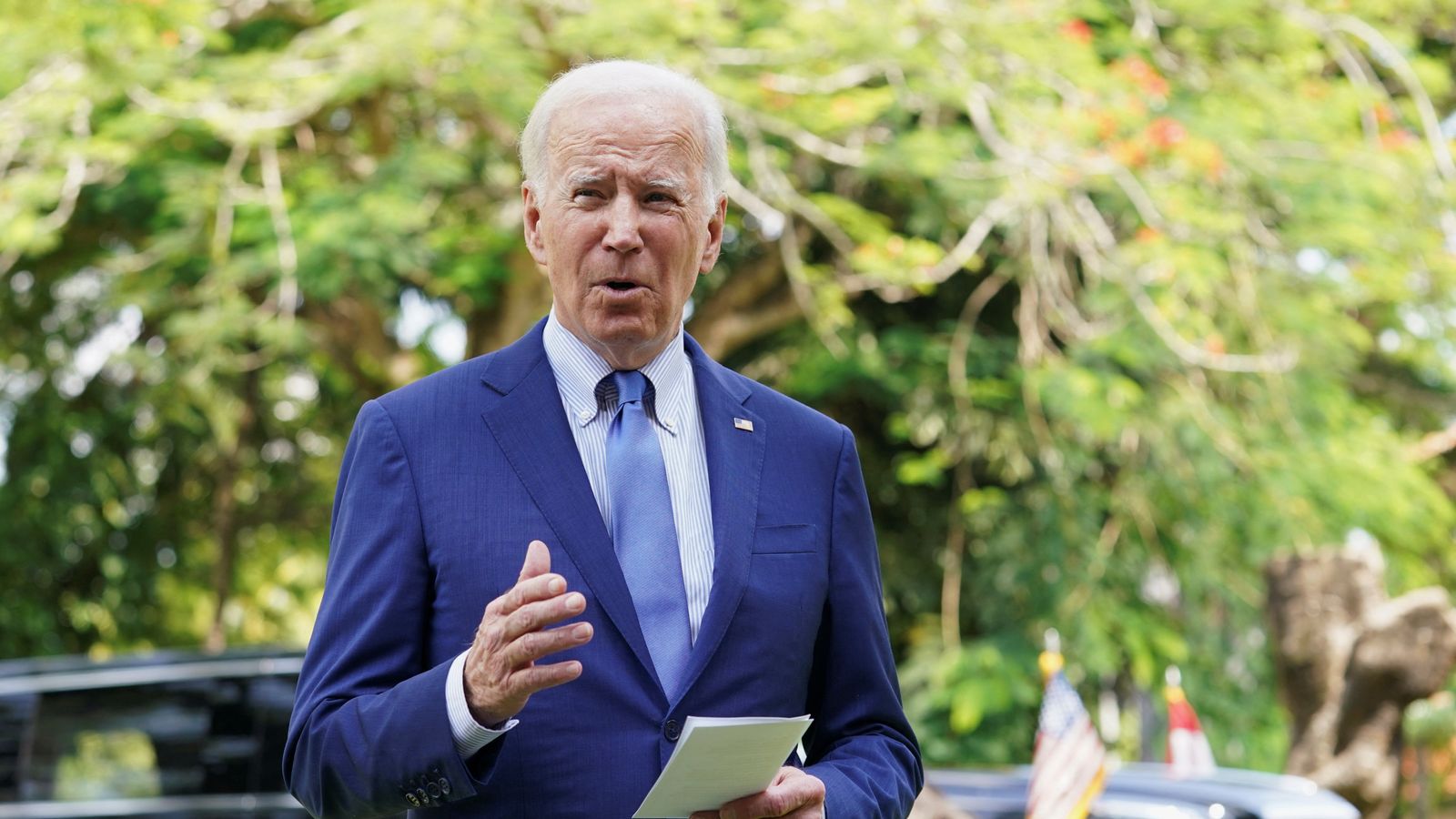 Joe Biden has cast doubt on the origin of a missile that hit Poland and killed two people late on Tuesday, saying it is “unlikely” to have been fired from Russia.

The US president was speaking after a meeting with G7 and NATO leaders to discuss the incident, which hit a grain silo in Przewodow, near Poland’s border with Ukraine.

Ukrainian and Polish authorities said the explosion was caused by a Russian-made missile, but Mr Biden appeared to suggest the missile may not have been fired from Russia.

He said: “There is preliminary information that contests that.

“I don’t want to say that until we completely investigate it, but it is unlikely in the lines of the trajectory that it was fired from Russia, but we’ll see.”

The missile had sparked worried talk of NATO’s Article 5, which means that an attack on a member country is seen as an attack on all allies.

A number of NATO countries used Twitter to voice their support for Poland, including British PM Rishi Sunak, who “reiterated the UK’s solidarity with Poland”.

Read more:
Missile strike on Poland may be deliberate attempt to test NATO – but overreacting risks dangerous escalation
What NATO Articles 4 and 5 say – as Russia accused of missile strike on member state

But Polish President Andrzej Duda said his country is “very likely” to instead invoke Article 4 later today, which allows a member country to raise a security issue and have it discussed.

Mr Duda said: “We do not have any conclusive evidence at the moment as to who launched this missile… it was most likely a Russian-made missile, but this is all still under investigation at the moment.”

He added: “We are acting very calmly.

“What happened was a one-off incident.

“There are no indications that there will be a repeat.”

Russia has denied any involvement in the Poland missile, saying that reports of it being to blame are a “deliberate provocation aimed at escalating the situation”.

A spokesperson for the United Nations said that avoiding an escalation in the war is “absolutely essential”, adding that a “thorough investigation” should take place.