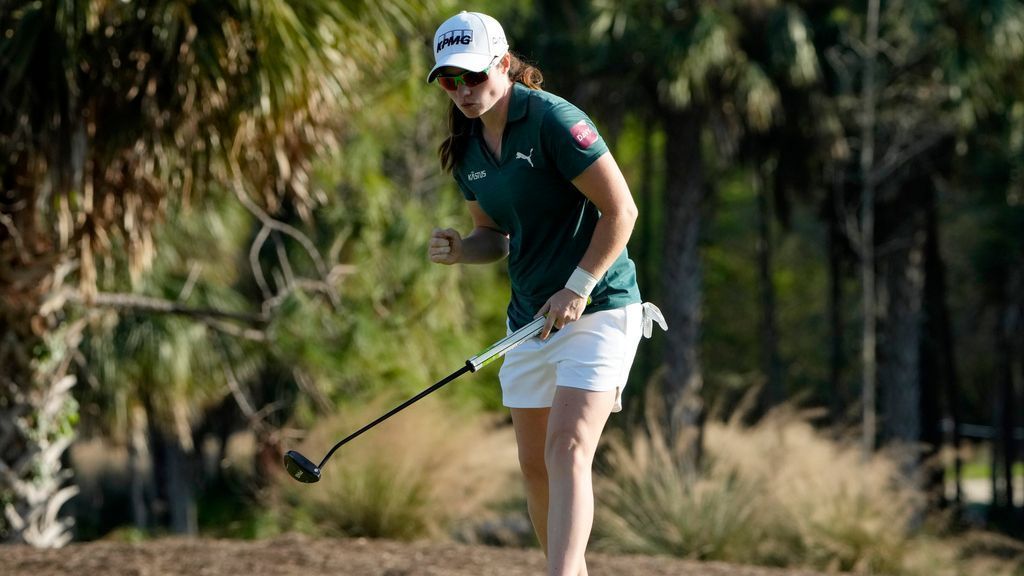 NAPLES, Fla. — Leona Maguire of Ireland had four straight birdies around the turn and added a pair of birdies late for a 9-under 63, allowing her to catch Lydia Ko in the CME Group Tour Championship and set up a duel for the richest prize in women’s golf.

At stake on Sunday at Tiburon Golf Club is $2 million to the winner.

Maguire, one of 11 first-time winners on the LPGA Tour this year, is too far back in the points race to win LPGA player of the year, though $2 million in a single day would make up for that. That would be nearly twice what Maguire has made in 23 previous events.

Ko had a 5-shot lead to start the third round — 7 shots ahead of Maguire — and made a mixture of birdies and bogeys that stalled her round. She fell a shot behind Maguire until chipping to tap-in range on the par-5 17th. She finished with a 70.

No one else was closer than 5 shots to them. Former U.S. Women’s Open champion Jeongeun Lee6 had a 68 and Gemma Dryburgh of Scotland had a 69. They were at 206.

“Nothing I’m not used to from Ireland,” Maguire said when she finished her round. “We’ll see where Lydia gets at the end of the day, but ultimately just go out and play as well as I possibly can, and especially if there’s bad weather, that’s all you can control. Looking forward to one last walk of the season tomorrow.”

Brooke Henderson kept her slim hopes alive for player of the year. The Canadian, who had to withdraw last week with a back injury, had two eagles in her round of 65 and was at 9-under 207.

Henderson will have to win the CME Group Tour Championship and have Ko finish third or worse to win player of the year.

“If I could have another day like this tomorrow, that would be really nice,” she said.

Ko came into the week with a one-point advantage over Minjee Lee for player of the year. Lee, the Australian who won the U.S. Women’s Open and leads the LPGA money list, has fallen 9 shots behind and is all but certain to be eliminated.

Ko is a lock to win the Vare Trophy for having the lowest scoring average. A victory would send her season earnings to over $4.3 million.

Nelly Korda, who won last week at Pelican Golf Club, had to birdie her last three holes for a 73 that left her 9 shots out of the lead.

CNN reporter calls moment during historic China protests ‘shocking’
NASA rover discovery reveals there may have been life on Mars
Hear the promises Stewart Rhodes made to his lawyers before Oath Keepers trial
Trump probes show no signs of slowing down after special counsel appointment
‘If you touch my hair that’s abuse’: Charity boss tells of ‘violation’ during Palace exchange