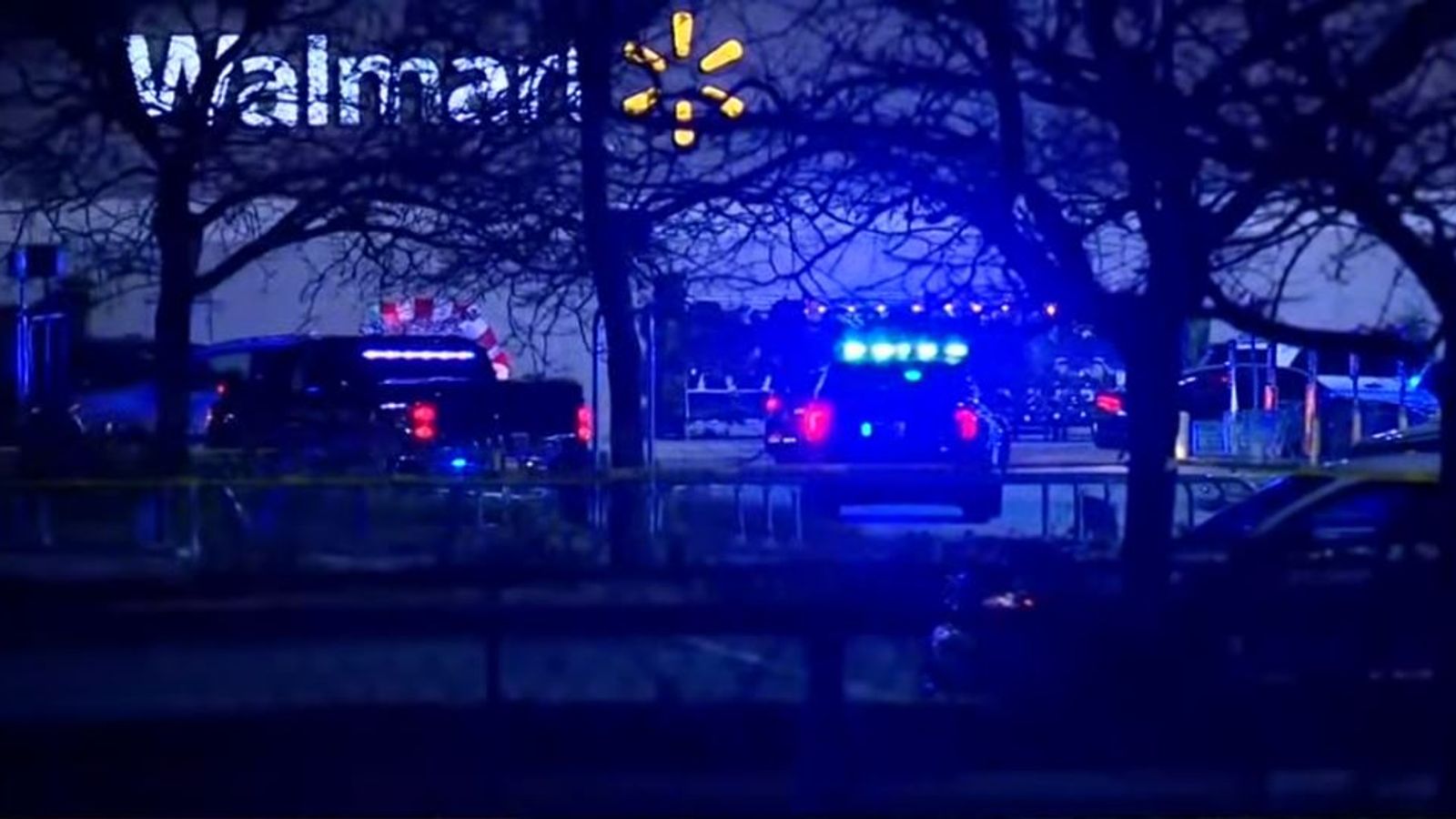 Several people have died and others injured in a shooting at a Walmart store in Virginia, police say.

It happened in the city of Chesapeake, with police called shortly after 10pm local time, spokesman officer Leo Kosinski said.

“Chesapeake Police confirm an active shooter incident with fatalities at the Walmart on Sam’s Circle. The shooter is deceased,” the City of Chesapeake tweeted.

The number of people killed was not clear, but Mr Kosinski said “less than 10, right now” were dead.

Senator Louise Lucas tweeted: “I am absolutely heartbroken that America’s latest mass shooting took place in a Walmart in my district in Chesapeake, Virginia tonight.

“I will not rest until we find the solutions to end this gun violence epidemic in our country that has taken so many lives.”

A number of people were also injured and Sentara Norfolk General Hospital, in the nearby city of Norfolk, was reported to be treating five victims.

Mr Kosinski said police believe the shooting happened inside the store but one person was found dead outside the building.

It is not known if the shooter died of self-inflicted injuries.

Mr Kosinski added that no shots were fired at police “to his knowledge”.

The City of Chesapeake Twitter account tweeted: “A family reunification site is set up at the Chesapeake Conference Center (700 Conference Center Drive). This site is only for immediate family members or the emergency contact of those who may have been in the building.”

Senator Mark Warner tweeted: “Sickened by reports of yet another mass shooting, this time at a Walmart in Chesapeake. I’ll be monitoring developments closely.”

Walmart Inc said it was “shocked” at the events in its store.

The company tweeted: “We are shocked at this tragic event at our Chesapeake, Virginia store. We’re praying for those impacted, the community and our associates. We’re working closely with law enforcement, and we are focused on supporting our associates.”

The Walmart in Chesapeake is a ‘supercenter’, which means it sells groceries and other products.

Less mixing due to COVID may be behind increased Strep A infections, says expert, after six children die
Ukraine War: What impact will wet wintery weather have on war?
Number of landlords selling up rises by nearly 13% in four months
Fresh rail strikes planned over Christmas as union turns down pay offer
‘So excited’: Cheryl set for West End debut in spooky thriller