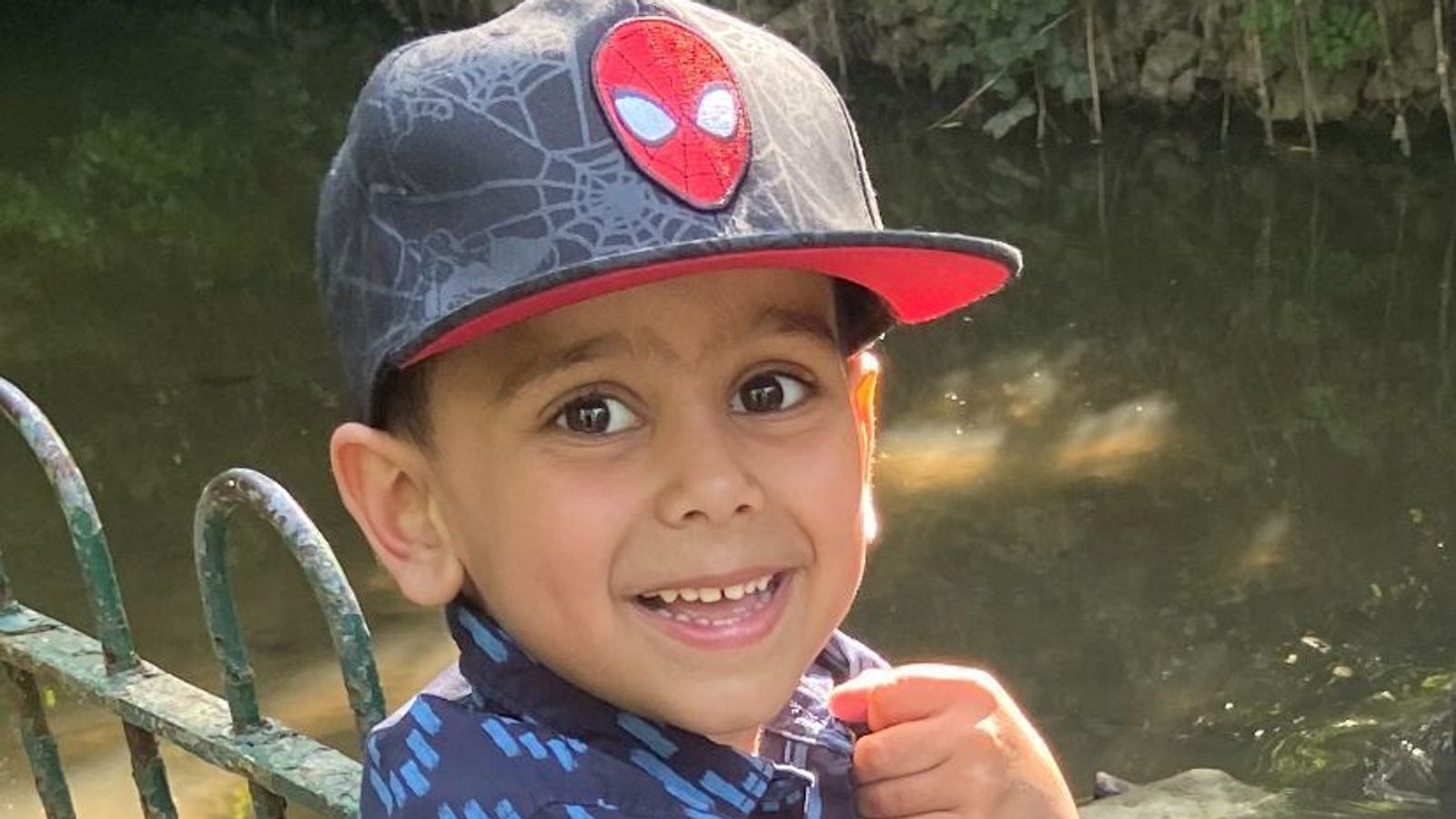 The grieving family of a five-year-old boy who died after being sent home from hospital have told Sky News he would still be alive if they had been listened to.

Zaheer Ahmed said he “begged and begged” for his nephew Yusuf Mahmud Nazir to be admitted to hospital but was told “there are no beds and not enough doctors”.

Yusuf first complained of a sore throat on 13 November. His parents took him to their GP, who prescribed antibiotics.

The next day, when their son’s health did not improve, they drove him to the emergency department of Rotherham General Hospital.

Mr Ahmed told Sky News that they waited all night to be seen by a doctor and after Yusuf was examined he was sent home, even though the doctor treating his nephew said “it was the worst case of tonsillitis he had ever seen”.

His nephew was struggling to breathe, could not swallow and was clearly in a distressed state, he said.

At home, after Yusuf’s condition deteriorated further, his worried parents called an ambulance and insisted he was taken to see the specialist paediatric team at Sheffield Children’s Hospital.

But it was too late to save the young boy’s life.

The infection had spread to his lungs and caused multiple organ failure resulting in several cardiac arrests.

Yusuf died of pneumonia on Monday.

‘We begged and begged for help’

Mr Ahmed said: “He stopped breathing, he stopped talking, when he was choking, he couldn’t breathe. He was struggling. And it’s led to his life being taken at five years old.

“If they would have treated him where we wanted him to be treated he would be here with us now.

“He would have been here playing like he was. We’ve lost a beautiful child… it’s not his fault. We begged and begged and begged for help. We couldn’t get it. We just did not get the help we wanted, or we needed or we should have got.

Mr Ahmed said he wanted some good to come from his nephew’s life.

“If Yusuf, who’s passed away, if he can save one child, we’re happy. We do not want anybody to go through this. And we’re just asking them to please listen to people. Because when you don’t listen to people, this is what happens.”

“We have contacted the family and will continue to do so as part of the investigation.”

One doctor said child patients were being transferred to his London hospital from Wales because there were no PICU (paediatric intensive care unit) beds available anywhere in England south of Stoke.

In response, an NHS spokesperson said: “The NHS has seen a sharp rise in the number of children requiring invasive ventilation with respiratory syncytial virus (RSV) in recent weeks and as a result, pressure on paediatric intensive care units has been higher than usual.

“The NHS has tried and tested surge plans in place which includes mutual aid between hospitals and paediatric specialists to ensure services are able to provide the highest quality care to all children and we have reminded local areas about this guidance.”

A Department of Health and Social Care spokesperson said: “All children deserve the highest levels of care and we are taking urgent action to ensure no families have to experience these kinds of tragedies.

“Last week we announced up to £8bn for health and social care in 2024/25 and we’re giving an extra £500m to speed up hospital discharge and free up beds, ensuring people are only in hospital for as long as they need to be.

“The NHS is also creating the equivalent of 7,000 more beds this winter – enabling hospitals to treat patients sooner, including by using remote monitoring to provide care at home or in the community.”

Sunak survives first 100 days, but there is little warm glow around leadership | Beth Rigby
Concerns about golden eagles are partly prompting the redesign of a Scottish wind farm
Trying to make sense of Chelsea’s transfer spree: big gambles, but big rewards too?
Trump kicks off 2024 White House bid – and says he’s ‘more committed than ever’
British Gas to be investigated over ‘serious allegations’ on prepayment meters