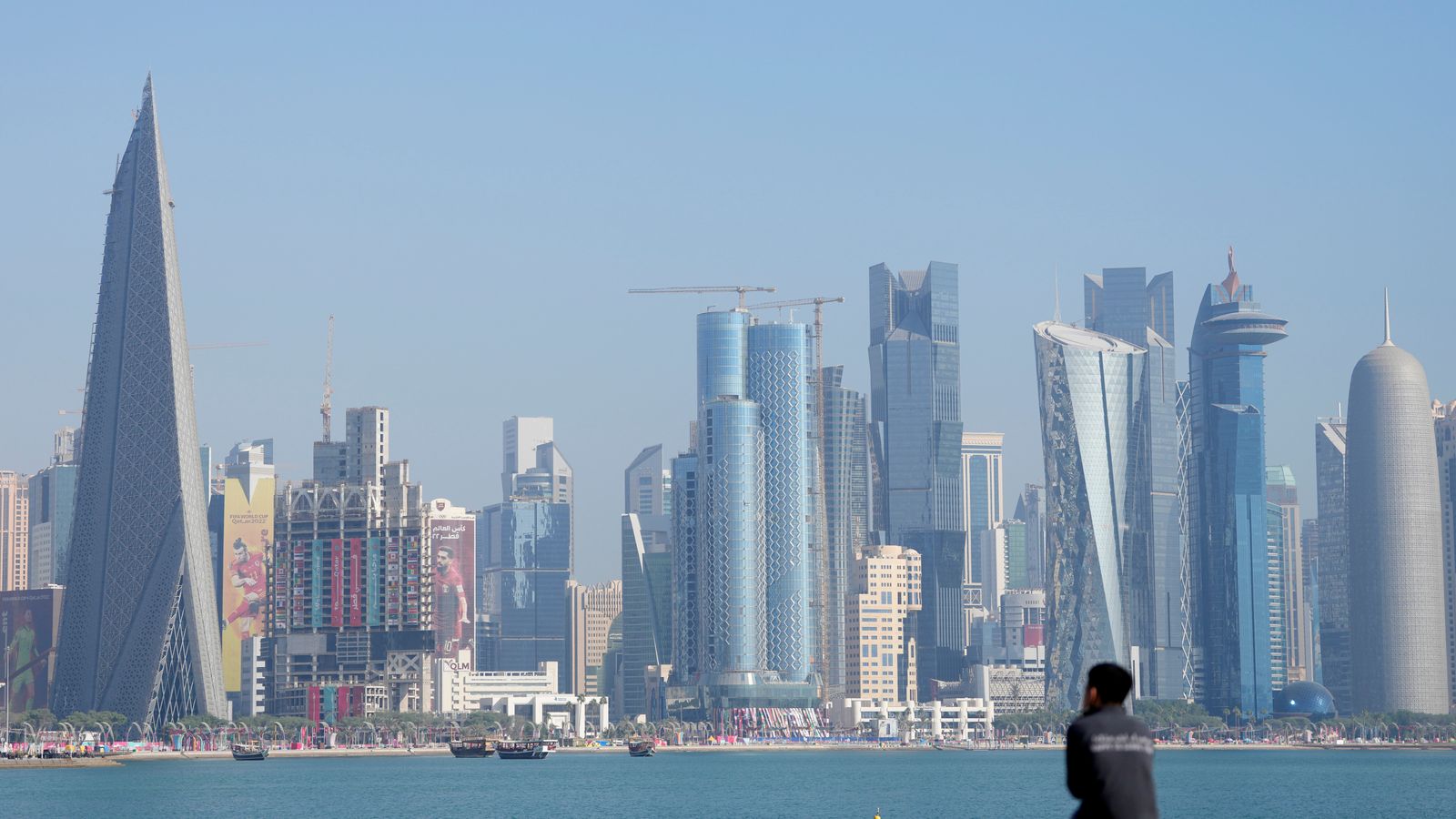 Qatar is reviewing its investments in London after the organisation running the capital’s transport system banned the Middle East country’s advertisements on the Tube, buses and taxis.

A source with knowledge of the review has told Sky News the decision by Transport for London (TfL) is “another blatant example of double standards and virtue signalling to score cheap political points” around the World Cup, which the Gulf nation is currently hosting.

Hitting out at the TfL move, Qatar said it had “been interpreted as a message from the mayor’s office that Qatari business is not welcome in London”.

TfL’s decision follows concerns over the state’s policy on LGBT+ rights and how it treats migrant workers, amid deaths of construction workers in the build-up to the competition.

Homosexuality in Qatar is illegal and having same-sex relations is punishable by up to seven years in prison.

Criticism of the nation has intensified this week after the football associations of seven countries, including England and Wales, scrapped a plan for some players to wear OneLove armbands.

The armbands were meant to be worn in a gesture of solidarity with the LGBT+ community.

However the football associations said they were not willing to risk “sporting sanctions” in defence of the principle, with star players, including England captain Harry Kane and Wales skipper Gareth Bale, facing an instant yellow card and potentially a ban from matches.

The Qatari team has already been knocked out of the tournament after just two games, following losses in both of its group matches so far, with a third against the Netherlands still to be played on Tuesday.

Qatar is one of the biggest investors in London through its sovereign wealth fund.

The Qatar Investment Authority (QIA) owns the department store Harrods, the Shard skyscraper and is co-owner of Canary Wharf.

The Gulf state also owns the Savoy and Grosvenor House hotels, a 20% stake in Heathrow Airport and a 14% stake in supermarket chain Sainsbury’s.

Speaking in light of the TfL ad ban, a source with knowledge of the Qatar review told Sky News: “The Qataris see this as a contradiction by London’s political leaders.

“At a time when other investors are pulling out of London due to economic instability, the decision has been interpreted as a message from the mayor’s office that Qatari business is not welcome in London.”

The source said this was “despite the mayor benefitting from Qatar’s investments in London and calls from his colleagues to encourage further investment in London, including as part of Qatar’s commitment to invest an additional £10bn in the UK made in June”.

The source added: “Following the decision, the Qataris have started a review of all their current and future investments in London and considering investment opportunities in other UK cities and home nations instead, the decision could be made more appealing to the Qataris due to London entering a potential recession and to ongoing economic instability in the city in recent months.”

A spokesperson for TfL said that ahead of the World Cup it provided its advertising partners and brands with “further guidance on the advertising which we are likely to consider acceptable to run during the tournament while also ensuring that football fans are not denied the opportunity to support their teams”.

“Each advertising campaign continues to be reviewed on a case-by-case basis.”

The London mayor Sadiq Khan in 2019 asked TfL to look at how it treats advertising and sponsorship from countries with anti-LGBT+ laws.

That led to adverts from 11 nations, including Qatar, Pakistan, Saudi Arabia and the United Arab Emirates, being referred to TfL for review. The 11 either have a death penalty for same-sex acts or they may impose such a penalty.

TfL has admitted that some adverts referencing Qatar have been approved to run on the network since 2019.

But the organisation moved to enforce a total ban this week.

TfL said advertising which promotes travel to Qatar, tourism in Qatar, or portrays Qatar as a desirable destination would not be considered acceptable.

But TfL added that advertising including the official FIFA World Cup Qatar 2022 logo “will be acceptable”, as will advertising that “encourages people to watch the matches on TV or streaming services”.

A spokesperson for Mr Khan’s office said: “It is right that TfL considers each advertising campaign on their network on a case-by-case basis, against its advertising policy. TfL issued further guidance to advertising partners ahead of the World Cup.

“There are a number of instances where an advert may be deemed unacceptable and, as a vocal supporter of the rights of LGBTQ+ Londoners, in 2019 the mayor requested TfL to review its policy on all advertisements referencing countries that criminalise same-sex relationships. They now face stringent scrutiny by TfL before appearing on the network.”

‘We called each other Sissie’: Sarah, Duchess of York and Axl Rose pay tribute to Lisa Marie Presley
Six more classified documents found in search of Biden’s home
Alec Baldwin will remain in lead role of Rust – days after being charged over shooting on the film’s set
What are F-16 fighter jets and could they be sent to help Ukraine?
Taiwan: Live radio chatter between fighter jets reveals tension