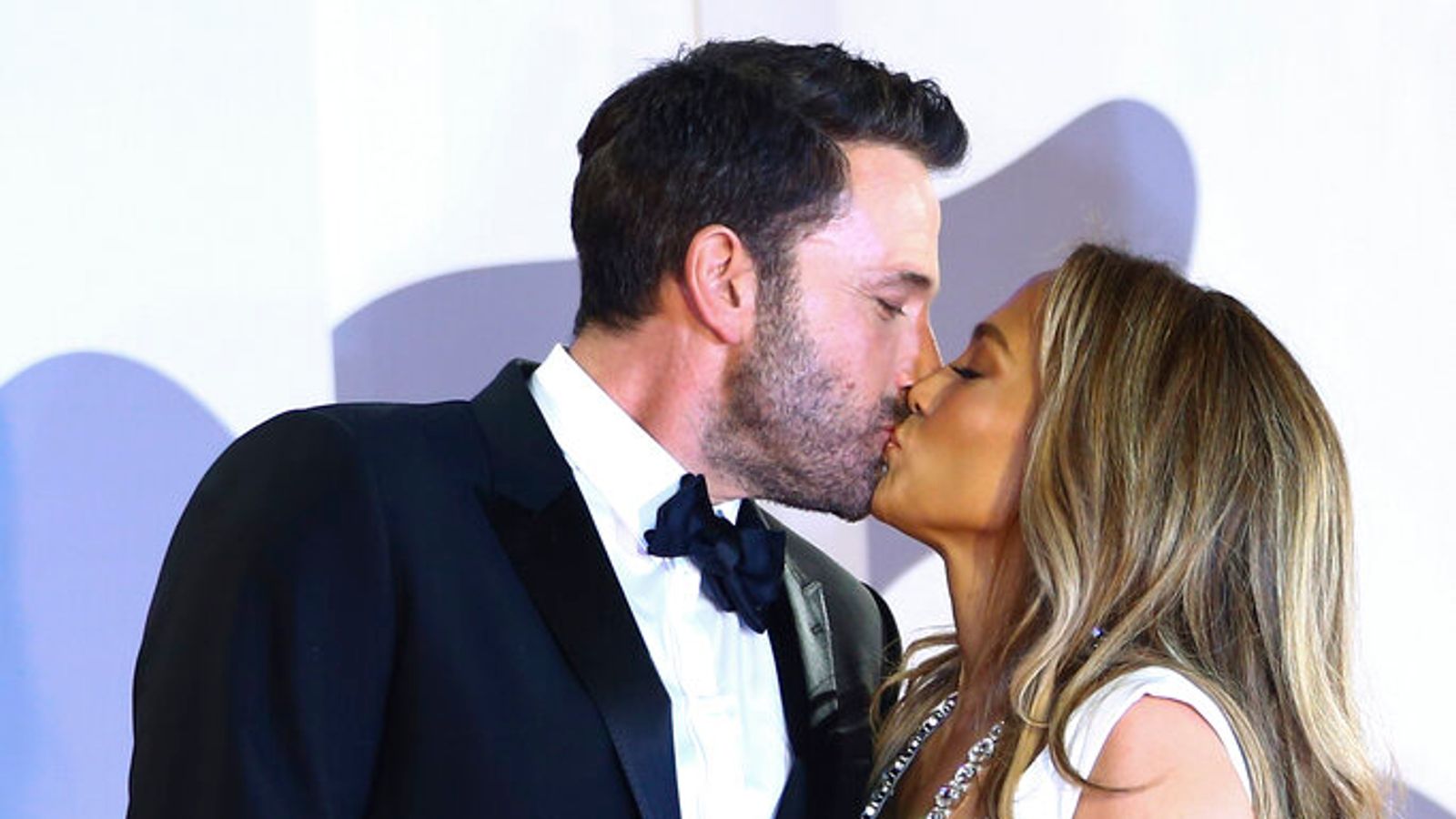 Jennifer Lopez has spoken about her journey from heartbreak to ‘real love’ with Ben Affleck, saying their whirlwind romance is the “most would-never-happen-in-Hollywood ending”.

Speaking to Zane Lowe on Apple Music, Lopez, 53, said that her split with Affleck back in 2004 was the “biggest heartbreak” of her life.

The pair were due to tie the knot in September 2003 after getting engaged in November of the previous year, but in January 2004, the stars decided to go their separate ways.

Then last year, after separating from their respective partners, the actor-director, 50, and singer confirmed they were back together, finally marrying in July.

Their second nuptials took place in the grounds of Affleck’s $8.9m (£7.5m) mansion, in the US state of Georgia, with aerial photos obtained by MailOnline showing the couple walking down a white carpet and embracing each other at a snowy white altar.

Talking about the original plans to get hitched, the star told Lowe: “Once we called off that wedding 20 years ago, it was the biggest heartbreak of my life.

“I honestly felt like I was going to die. It sent me on a spiral for the next 18 years where I just couldn’t get it right.

“But now, 20 years later, it does have a happy ending. It has the most would-never-happen-in-Hollywood ending. ‘That would never happen. We’re not going to write that because nobody would believe it’ ending.”

Shortly after their split, Lopez recalled that she could not perform the songs created on her 2002 album This I Me… Then. Having recorded the album to capture their love, she said it was “so painful” to try and perform the tracks.

“I was like ‘You’re right. It was painful’. It was a part of me then that I had to put away to move on and survive.”

Fast forward 20 years since the release of This Is Me… Then, Lopez announced a new record which is due to be released next year, This Is Me… Now.

She said the new album, which is her first since 2014, will “chronicle the emotional, spiritual and psychological journey that she has taken over the past two decades” and touch on her life since reuniting with Affleck.

“The whole message of the album then, is this love exists. This is a real love,” Lopez explained.

“Now I think that the message of the album is very much, if you were wondering, if you have, like me at times, lost hope, almost given up, don’t. Because true love does exist and some things do last forever and that’s real.”

The full interview with Zane Lowe is available on Apple Music.

Scotland pauses movement of all transgender prisoners while rules reviewed
Flybe: Will I get a refund for my flight?
No 10 insists UK economy is strong despite IMF warning it will fare worse than any other in developed world – including Russia
Tyre Nichols funeral: US vice president calls for Congress to pass act limiting immunity for police
Dances With Wolves actor ‘trained wives how to use guns if police tried to break up family’