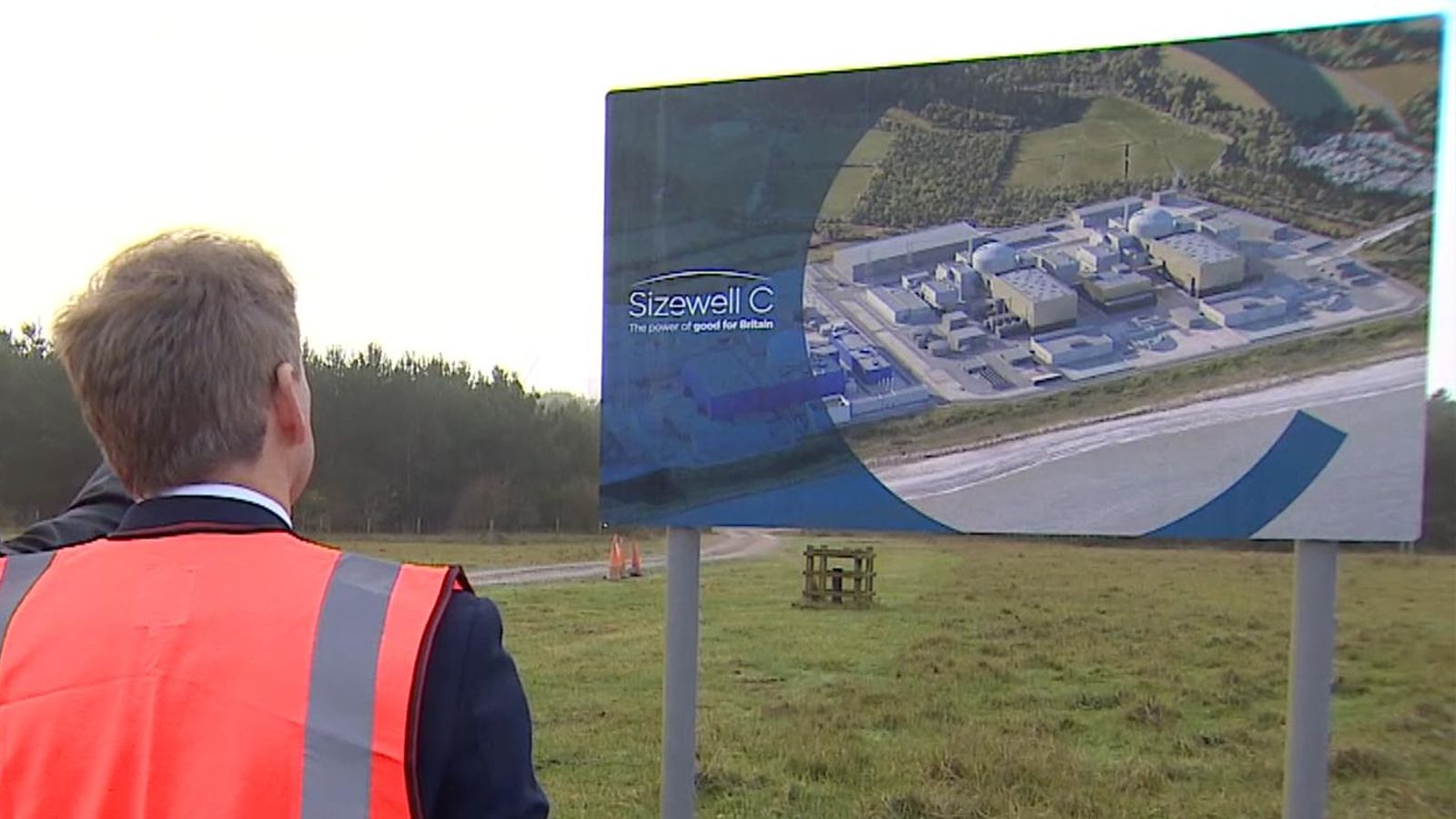 It was as long ago as 1982, back in the pre-privatisation days of the Central Electricity Generating Board, that the idea of building a new nuclear power plant in Suffolk – Sizewell C – was first mooted.

At that time, construction had yet to begin on the neighbouring Sizewell B, which for now remains the youngest of Britain’s operating nuclear power plants.

The first planning application was filed as long ago as 1989 and there have been countless false starts since.

The theoretical cost of construction was pushed up when Margaret Thatcher‘s government insisted that any company building a new nuclear power station would also have to have funding in place for not only its construction but also for the disposal of waste and the eventual decommissioning of the plant.

That proved a major obstacle to new nuclear build which was then further held up by Tony Blair’s reluctance to take on opponents of new nuclear build in his own party – although, in 2006, he eventually committed to the cause, as did his successor, Gordon Brown.

Hinkley Point C, the UK’s first new nuclear power station in a generation, was the upshot.

Yet the construction of the Somerset plant is years behind schedule. EDF, the French energy giant building it and which will construct Sizewell C, originally envisaged it opening in 2017. Hinkley Point C is also billions of pounds over budget.

And the coalition government’s decision to guarantee EDF a fixed price for the energy generated at Hinkley Point C, which was necessary to persuade the French company to go ahead with the project, was subsequently heavily criticised.

The National Audit Office (NAO) said the agreement had locked consumers into a “risky and expensive” project – although, ironically, the deal now looks good value following this year’s spike in wholesale electricity prices.

The NAO’s report did, though, make subsequent governments wary, once more, of new nuclear build.

Theresa May immediately demanded a review of Hinkley Point C on becoming prime minister and, even though her government ultimately approved the project, she also took note of a suggestion in the NAO’s report that new funding models be considered for subsequent new nuclear power stations.

That, in a nutshell, is why it has taken so long for Sizewell C to finally get off the ground. These plants are so monstrously expensive to build that no private sector company is willing to bear all of the risks themselves without some support from government. It is also why the likes of Japan’s Hitachi and South Korea’s Kepco have reluctantly walked away from building new nuclear plants at Wylfa on Anglesey, Oldbury in Gloucestershire and Moorside in Cumbria.

So key to unlocking the project has been coming up with a new way of financing it.

The government’s solution is the funding model known as Regulated Asset Base (RAB) – the means by which other major infrastructure projects, such as the £4.3bn Terminal 5 at Heathrow Airport, have been financed.

Under this arrangement, rather than guarantee whoever builds Sizewell C a set price for the electricity it generates, taxpayers will be taking risk alongside other investors.

This is why the government is investing an initial £700m in the construction of the plant although, with the total cost likely to come in at between £20-£30bn, that will only go so far.

The other elements in the RAB model include electricity consumers – households and businesses – paying for the plant while it is still under construction through their bills.

This is how, for example, the £4.13bn Thames Tideway tunnel now under construction is being financed. A share of the cost of the project, which is aimed at preventing sewage spills into the Thames estuary as well as future-proofing London’s sewerage system for expected population growth, is being met by customers of Thames Water on their bills.

The arrangement means taxpayers share in the pain of any cost-overruns. Other crucial aspects of the RAB model include an ‘economic regulatory regime’ (ERR), overseen by an independent regulator, who determines the extent to which investors and taxpayers will share the risks by setting the amount of revenue that EDF will be allowed as it builds Sizewell C.

The government has yet to make clear the sum that billpayers will have to contribute towards the new power station but newspaper reports have suggested it will be in the region of an additional £1 per month per customer.

The Department for Business, Energy and Industrial Strategy said today that the lower cost of financing a large-scale nuclear project through this scheme was “expected to lead to savings for consumers of at least £30bn on each project throughout its lifetime” compared with the existing arrangements governing the financing of Hinkley Point C.

So in theory, while there is a risk attached to building Sizewell C, the funding model proposed appears to be less risky than the way in which Hinkley Point C has been financed. The ultimate cost to electricity consumers in the latter case was dictated simply by a decision made a decade ago on the price that EDF would be promised for its power. It currently looks good value but, for much of the last decade, it has not.

Yet the RAB model does have its critics.

Steve Thomas, emeritus professor of energy at the University of Greenwich, has argued that, by removing construction risk from EDF, the company has less of an incentive to control construction costs. With Hinkley Point C, EDF has had to bear the cost of any over-runs. With Sizewell C, taxpayers would be on the hook.

Professor Thomas argues that this is particularly worrying because he believes EDF’s cost estimates are too optimistic. He has also argued that the £1-a-month levy on household bills, should it come to pass, is also potentially flawed because of assumptions it is making about borrowing costs.

Less risky, for now, appears to be the ownership of Sizewell C. Objections to the involvement of the Chinese state-owned company China General Nuclear, originally raised by the May government, have resulted in the company now being bought out of its interest in Sizewell C. The project will instead be jointly owned by EDF and the UK government – although there has been speculation that new investment could also be brought in from the sovereign wealth fund of the United Arab Emirates.

There are, though, some other objections. The idea of building small modular reactors by companies like Rolls-Royce has won support on the basis that the technology could be cheaper and more scalable than big projects like Sizewell C. They would also, in theory, involve less cost in adapting the national grid.

Another risk concerns EDF itself. The company recently had to be bailed out and fully nationalised by the French government following the spike in wholesale prices.

But this means EDF is now effectively run at the behest of the French government. France is also anxious to build new nuclear power plants. Should EDF become cost-constrained it is perfectly plausible that the French state would direct it to focus on its domestic projects rather than its ones overseas.

There have already been hints of this.

EDF’s former chairman and chief executive Jean-Bernard Levy, who was effectively fired by President Macron after opposing nationalisation, was a strong supporter of Sizewell C but was hampered by the French government’s constant demands for more information on the project.

One final risk is that electricity demand does not increase in the way that the government is assuming and that Sizewell C’s output may not be needed.

However, with electricity demand projected to double as the UK decarbonises, that feels less worrisome than some other factors – and particularly now Vladimir Putin’s war on Ukraine has highlighted the importance of the UK having more indigenous sources of energy.