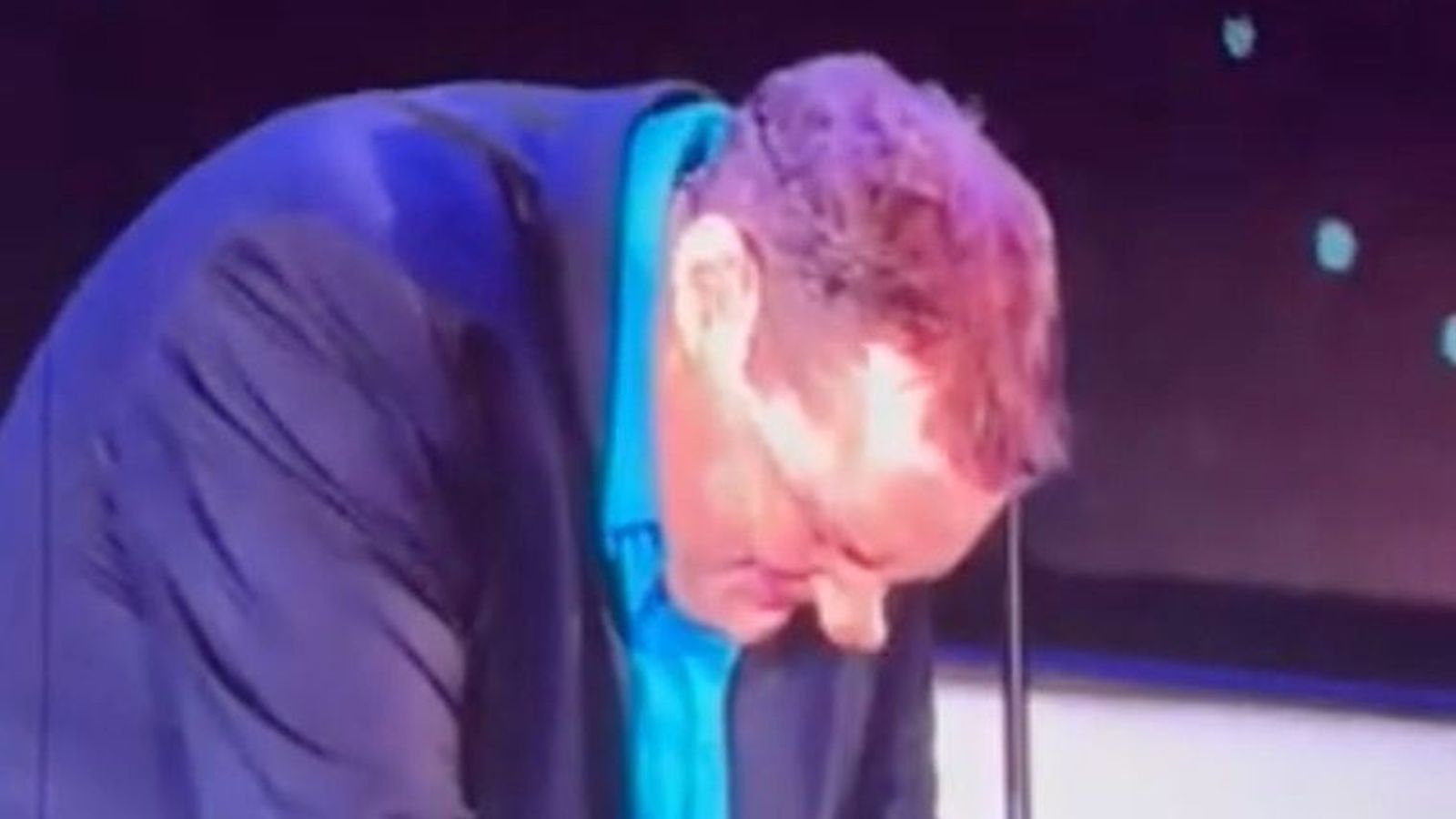 Peter Kay was in tears after walking on to a standing ovation on the first night of his comeback tour on Friday night.

The comedian received a rapturous reception as he opened his gig at the Manchester AO Arena – the curtain-raiser for his first live tour for 12 years.

He appeared overwhelmed as the audience of thousands clapped, cheered and chanted his name for several minutes.

Kay leant against a stool before dabbing his eyes and standing up.

“Oh Jesus look at me, I mean what’s that all about… how am I supposed to do bloody comedy now?” he asked the crowd.

“I can’t believe I cried, where did it come from, all that emotion?” he reportedly added.

Kay, 49, looked noticeably slimmer as he returned to live duties after four years out of the spotlight.

His cancelled his last tour in December 2017 due to “unforeseen family circumstances” – a hiatus that had raised speculation about his health, but which remains unexplained.

The Bolton-born star looks set to make up for lost time and break his own record for the biggest-selling comedy tour, after recently revealing his comeback during an ad break for I’m A Celebrity…

He now has more than 100 arena dates scheduled around the country stretching into summer 2025, including a monthly residency of London’s O2 Arena.

The first reviews of the new show were positive, with the Manchester Evening News giving it five stars and calling it a “triumphant return” with “plenty of dazzling surprises” and a memorable finale.

“This show really did have it all,” wrote the reviewer.

“For the die-hards there was the knowing laughs to famous quips from years gone by. For those who have never seen him live before there were his hilarious musings on modern life.”

Fans also praised the show on social media, with Paul Greenhalgh tweeting: “Peter Kay tonight, was actually nervous for him thinking he might not be as good as he used to be.

“Ten mins in I can’t see or hear for laughing, man’s a genius.”

Shred posted: “Feel privileged to have seen @peterkay_co_uk tonight. What a comeback from the greatest comedian of all time. Legend.”

UK economy set to fare worse than any other country in developed world – including Russia
ZEEKR plans ambitious 2023, including doubling sales, 2 new EV models, and entry into Europe
RAF chief admits mistakes over ‘discrimination’ against white men
Trump kicks off 2024 White House bid – and says he’s ‘more committed than ever’
Man dies after being crushed by pop-up telescopic urinal in London’s West End