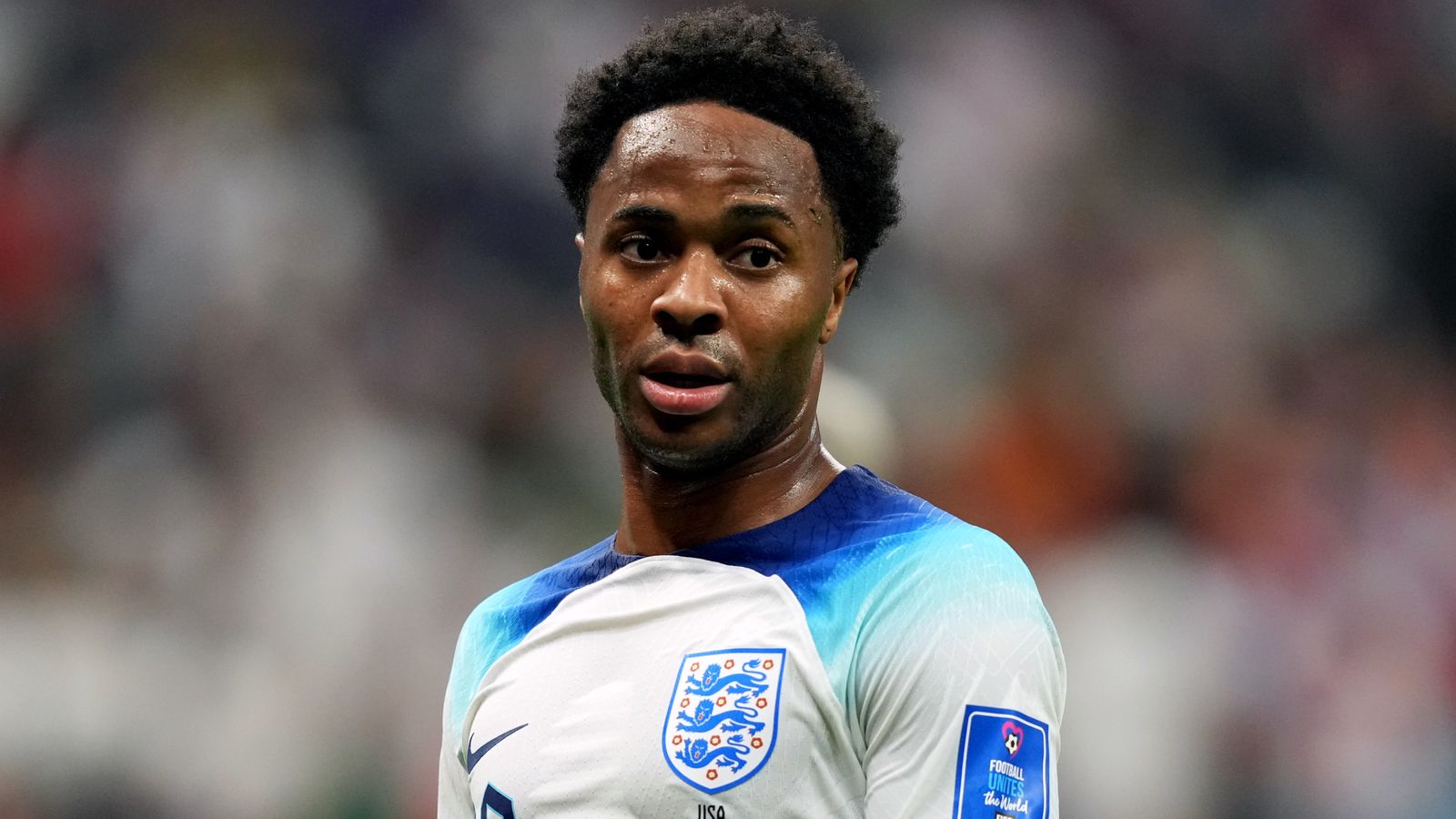 Raheem Sterling was left out of England’s squad for Sunday’s win over Senegal after armed intruders broke into his home, Sky News understands.

Sterling’s family were at the property, and he wanted to get back as soon as he was alerted to the incident.

A source close to the Chelsea star told Sky News’ sports correspondent Rob Harris Sterling was “shaken” and “concerned for the well-being of his children”.

The 27-year-old is flying home from the World Cup tournament in Qatar.

When the team sheet was announced ahead of the round-of-16 match, an England tweet had said Sterling would not appear because he was “dealing with a family matter”.

After the game, which England won 3-0, manager Gareth Southgate confirmed Sterling was heading back to the UK.

Asked if he could return to play a part in the tournament, Southgate said: “I really don’t know, it’s a situation he needs time to deal with, I don’t want to put any pressure on him.

“Sometimes football isn’t the most important thing and family should come first.”

England captain Harry Kane said: “Our thoughts are with him and his family.

“It is a private matter with him, but it’s never easy to see one or your teammates and friends have to deal with something like that.

“We will take it day by day and take the best decision for him and his family.

“From us as a team we send him our best and hope to see him as soon as possible.”

Henry Winter, chief football writer for the Times, said it had been a “very distressing incident” and Sterling was “understandably very shaken by it”.

He added: “Family is everything to Raheem Sterling…. Sterling may return to Qatar should the circumstances be right. But family comes first.”

Sterling was a key member of the England team in the initial Group B matches. He was also part of the national team that reached the World Cup semi-finals in 2018.

Once the most expensive English player of all time, Sterling has spent more than a decade in the spotlight after breaking into the Liverpool team aged just 17.

In recent years, he has taken a leading role in fighting racial abuse in football and beyond.

England will play France in the quarter-finals on Saturday.

Reynolds funds youth football team’s new kit
Divisional rankings: Moreno is back on top and Hill makes a big move up
The seven men who’ve held the NBA’s all-time scoring record
What is Scorpion, the police unit at the centre of Tyre Nichols’ death?
VinFast VF 8 gets new promotional program and updated range