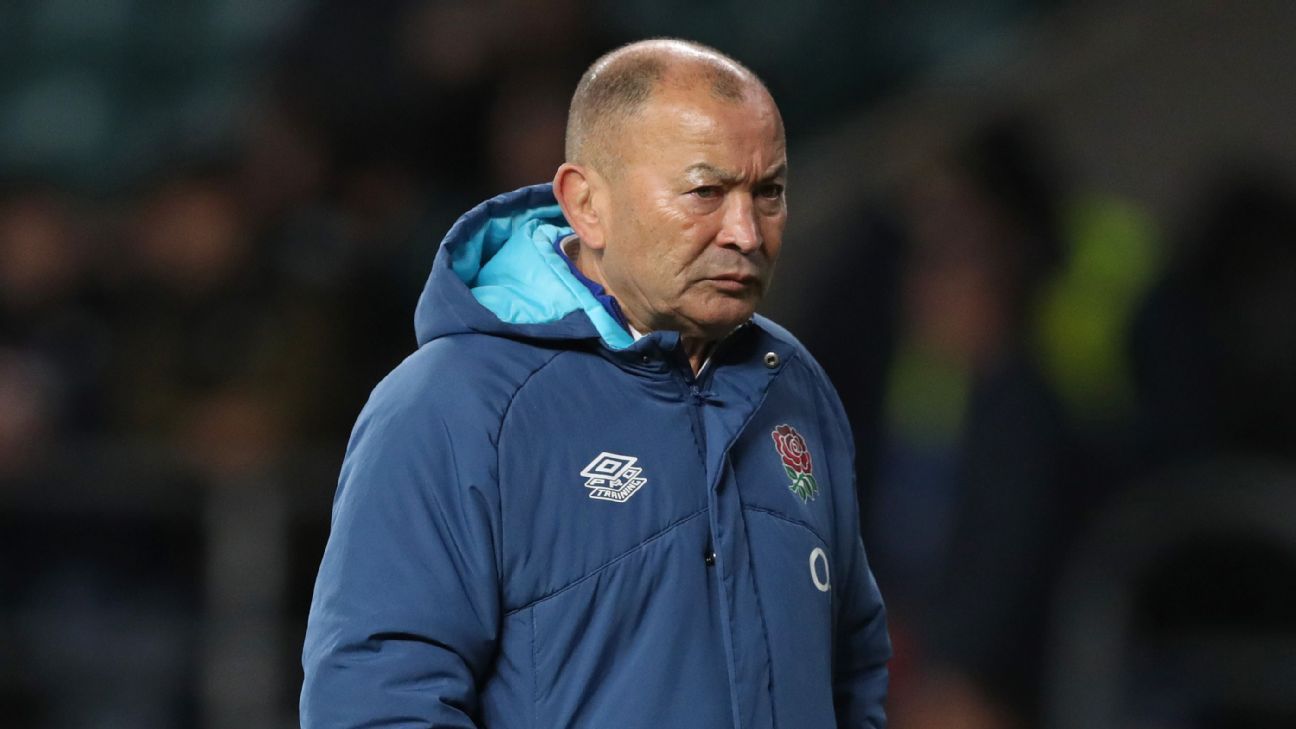 The RFU announced Richard Cockerill will take over the running of the men’s team in the interim.

RFU CEO Bill Sweeney said in a statement: “It is important to recognise the huge contribution Eddie has made to English rugby, winning three Six Nations Championships, one Grand Slam and taking us to a Rugby World Cup Final.

“He has the highest win ratio of any previous England head coach and has helped develop the leadership skills of many players and coaches. I am grateful to Eddie for all he has done for England across many areas of the game and the professional way in which he has approached reviewing the performance of the team. He has provided the panel with astute insight and meaningful lessons that will support the team performance going forward.”

Jones met his RFU bosses on Monday following a review of England’s November series when they were booed off at Twickenham after losing to South Africa, following another defeat against Argentina, a draw against New Zealand and a victory over Japan.

Jones said in a statement: “I am pleased with much that we have achieved as an England team and I look forward to watching the team’s performance in the future. Many of the players and I will no doubt keep in touch and I wish them all well in their future careers.”

England won only five of their 12 tests in 2022 after a second-successive Six Nations where they lost three of their five games.

Despite the run of poor results and performances, Jones was adamant he would turn England into a team capable of winning the World Cup for a second time but with the tournament only nine months away multiple media reports say his time is up.

“He’s a much better coach than he has shown over the past three years. He is a shadow of the Jones I competed with and whose first years with England were so successful and rightfully applauded,” Woodward wrote in the Daily Mail.

“He became completely focused on the 2023 World Cup and that was a costly error. International rugby is very simple: focus everything on the next game with absolutely zero distractions. The fans who pump the money into the sport didn’t buy his hype.

“He lost the focus of simply winning the next game and allowed himself to get distracted by the media, former players, writing books and everything else.”

Meanwhile, on Monday, following a separate review after the Autumn Nations Series concluded, the Welsh Rugby Union announced Warren Gatland will return as Wales boss as his original successor Wayne Pivac was sacked following a string of poor results.

Information from Reuters contributed to this report.

Ex-boyfriend of George Santos speaks out to CNN
What is Scorpion, the police unit at the centre of Tyre Nichols’ death?
Trump kicks off 2024 White House bid – and says he’s ‘more committed than ever’
Tyre Nichols funeral: US vice president calls for Congress to pass act limiting immunity for police
Dances With Wolves actor ‘trained wives how to use guns if police tried to break up family’