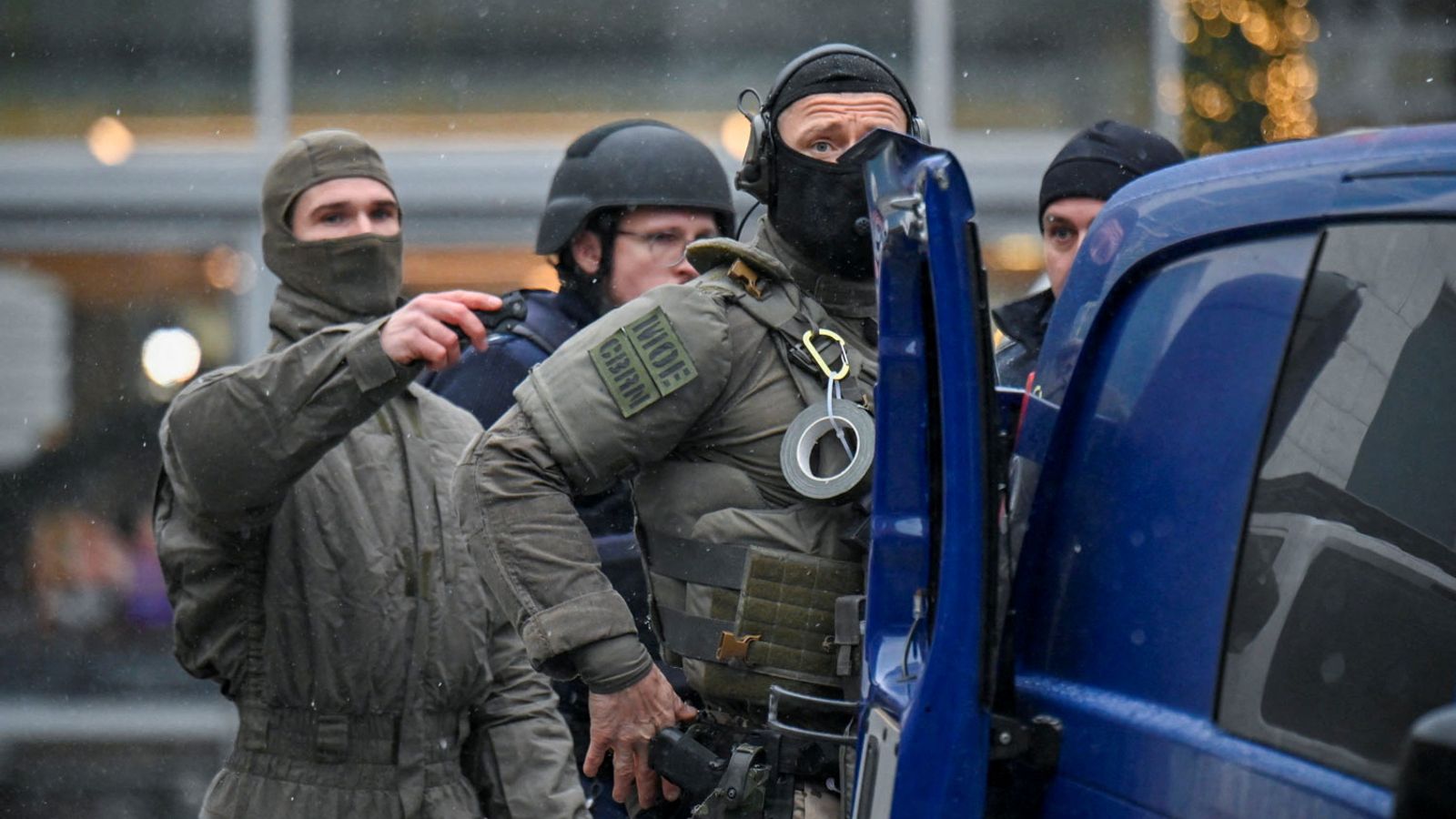 An armed suspect who allegedly killed his mother before taking two hostages in Dresden has been shot dead, police said.

Officers said they were initially communicating with a 40-year-old German after he barricaded himself in a shopping mall with a child aged nine and a 38-year-old shop worker.

Three hundred officers, including special forces, responded to the hostage situation, which ended just after noon on Saturday.

The man, who has not been named, was killed during a stand-off with police.

“The 40-year-old suffered fatal injuries during the attack and the liberation of the hostages. The specific circumstances are the subject of further investigations,” police in the state of Saxony, of which Dresden is the capital, posted on Twitter.

The man is suspected of killing his mother, 62, who was found dead in another part of Dresden in the early hours of Saturday morning, before travelling to the city centre.

At around 8.30am local time, he entered a building on Ammonstrasse, firing shots at the door of a radio station.

He had the nine-year-old, believed to be a friend’s child, with him at the time, Saxony Police said.

Staff at Radio Dresden reported an armed man had entered the Ammonhof office building, where the broadcaster is located, and fired several shots.

The suspect then drove with the child to the Altmarkt-Galerie shopping mall before he took the worker hostage and barricaded them inside an office.

He then called police, who confirmed they were in contact with him, with a negotiating group on site, shortly after 11.30am.

The mall was evacuated and Dresden’s Striezelmarkt Christmas market was shut down while the operation to free the hostages was under way.

Police stormed the office after hearing gunshots during the stand-off, forcing a door open to gain entry.

The hostages were “outwardly uninjured” during the ordeal, police said.

Police confirmed separately that his mother, 62, had been found dead in an apartment building in the Prohlis area of the city on Saturday.

Security has shifted into focus in Germany in recent days, after investigators earlier this week foiled a far-right plot to overthrow the German government and install an aristocrat as the leader of a new state.