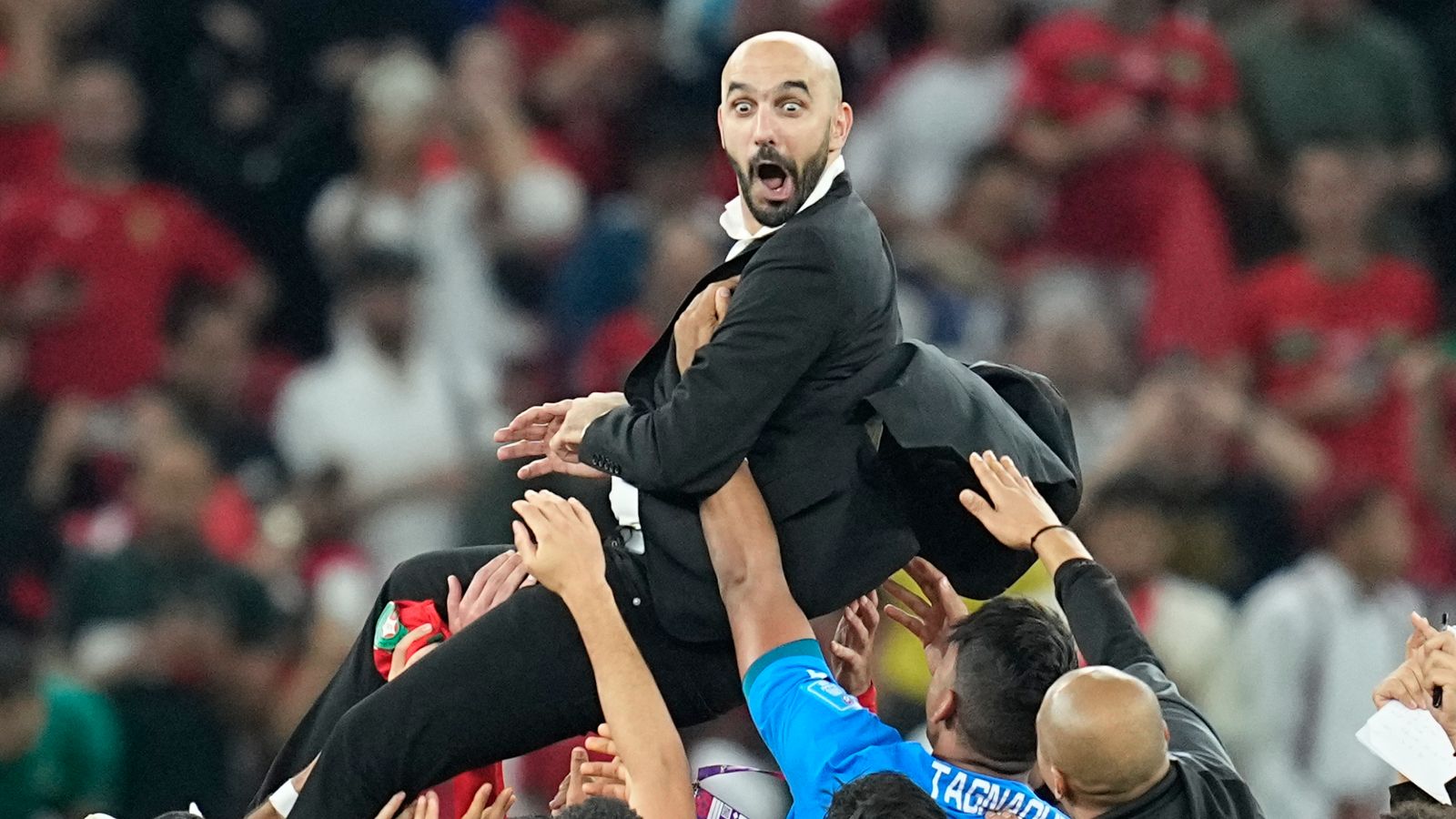 Morocco made history by becoming the first African nation to reach a World Cup semi-final after beating Portugal 1-0.

Each of the previous three African sides to reach a quarter-final were all eliminated at this stage – Cameroon in 1990, Senegal in 2002 and Ghana in 2010.

It was a strong start for Morocco, scoring just before half-time when Youssef En-Nesyri beat the Portuguese keeper to a cross to head home. Star striker Cristiano Ronaldo, who had started the game on the bench, was brought on early in the second half as Portugal searched for an equaliser.

But despite coming under sustained pressure for large parts of the second half, the Atlas Lions held firm and had a chance in injury time to score a second.

Morocco forward Walid Cheddira was given two yellow cards in the space of seconds, forcing his side to see the game out the final minutes with 10 men.

Sky News’ Zein Ja’far, who is in Qatar, said during the second half: “Every shot from Morocco is cheered, every pass applauded.

“Fans young and old are grabbing hold of one another, throwing their hands in the air and cheering their team on. It’s an incredible atmosphere here in Lusail.”

A dejected Ronaldo left the pitch in tears and looked inconsolable as he made his way down the tunnel.

The eyes of the world will now turn to England’s quarter-final match against France this evening, with kick-off scheduled for 7pm.

Rishi Sunak and the French president joked on Twitter together ahead of the game.

Emmanuel Macron tweeted: “Dear Rishi Sunak looking forward to the game tonight. If Les Bleus win (they will!), you’ll wish us luck in the semi-final… right?”

The prime minister responded: “Hopefully I won’t have to. But you’ve got a deal.

“Look forward to you getting behind the Three Lions in the next round.”