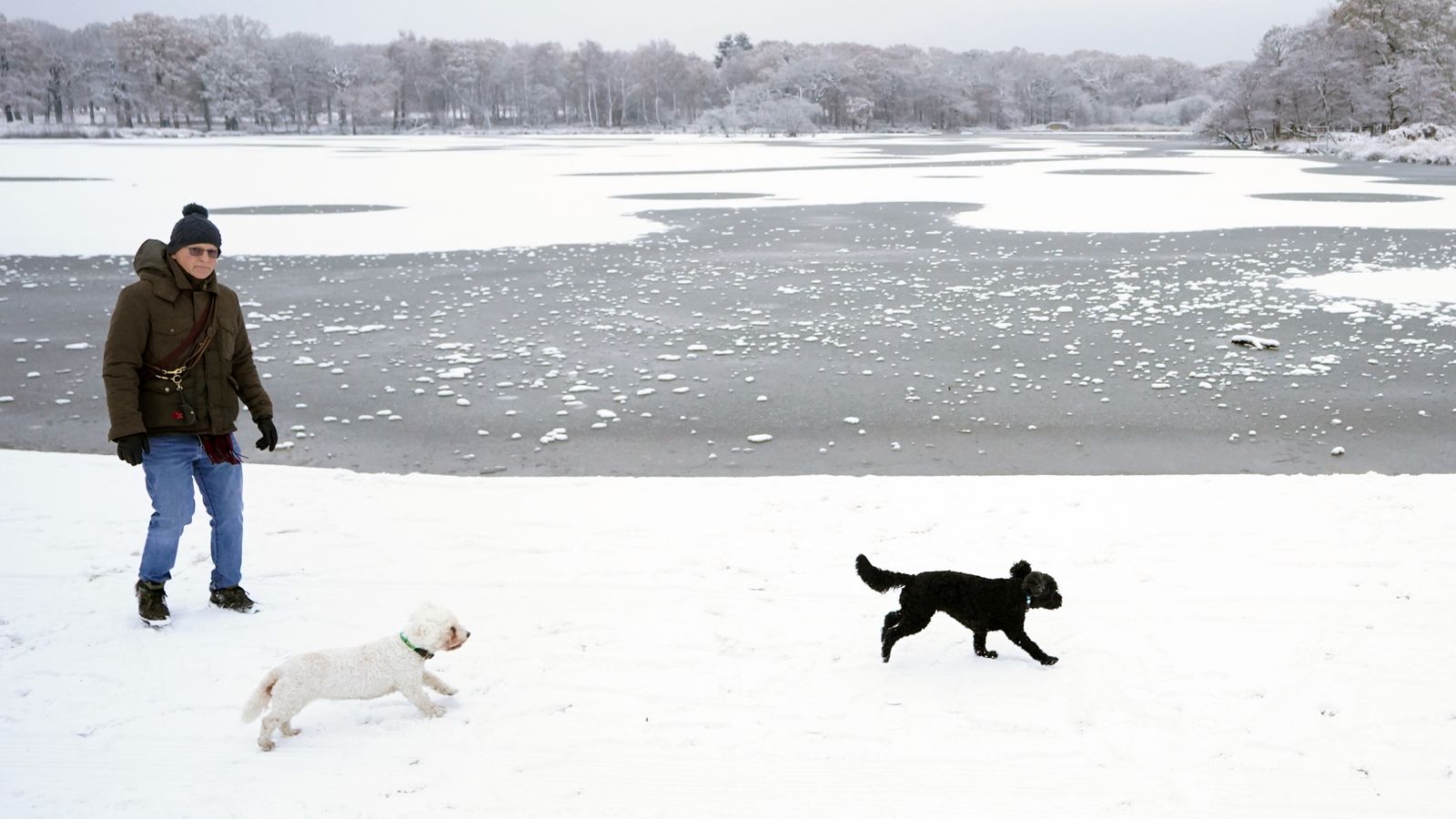 Freezing temperatures have left large parts of the country covered in snow, with millions struggling to get to work and school.

Cold air from the Arctic has seen the mercury drop to below zero in most places, with conditions only due to warm up again at the weekend.

Travel disruption affecting the roads, trains and flights is likely to continue throughout the week as backlogs are exacerbated by strike action.

How cold was it last night?

Sunday was the coldest night of the year so far, with -15.7C (3.74F) recorded in Braemar, Aberdeenshire.

It was also the coldest night on record since February 2021.

The most snow was recorded in Andrewsfield, Essex, which got 9cm (3.5in), followed by Charlwood in Surrey with 5cm (1.9in), and Herstmonceaux in East Sussex with 4cm (1.5in).

Met Office chief meteorologist Steve Willington says that “although below average, these temperatures are not unusual for this time of year”. 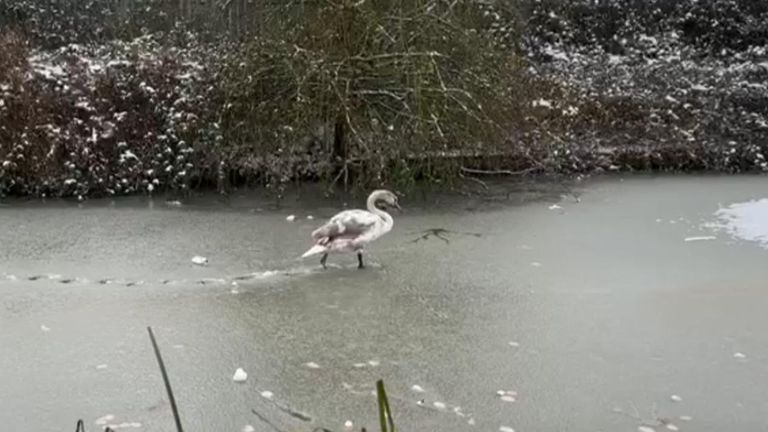 How long will it last?

Weather warnings for snow and ice are in place for parts of the UK until Thursday.

The UK Health Security Agency (UKHSA) has a Level 3 cold weather alert in place until Friday, which warns of temperatures of 2C (35.6F) until then.

Met Office yellow warnings for snow, ice and fog cover most of England, Scotland and Northern Ireland until 11am on Tuesday. Cardiff and eastern parts of Wales are also affected.

Five-day weather forecast for where you live

The Scottish Highlands, eastern Scotland and North East England will be impacted by snow until midday on Thursday, according to the warnings.

London and the South East will see some sunshine on Thursday and Friday, but it will remain around 2C or 3C.

By the weekend temperatures of 7C and rain will likely have melted most of the snow left on the ground.