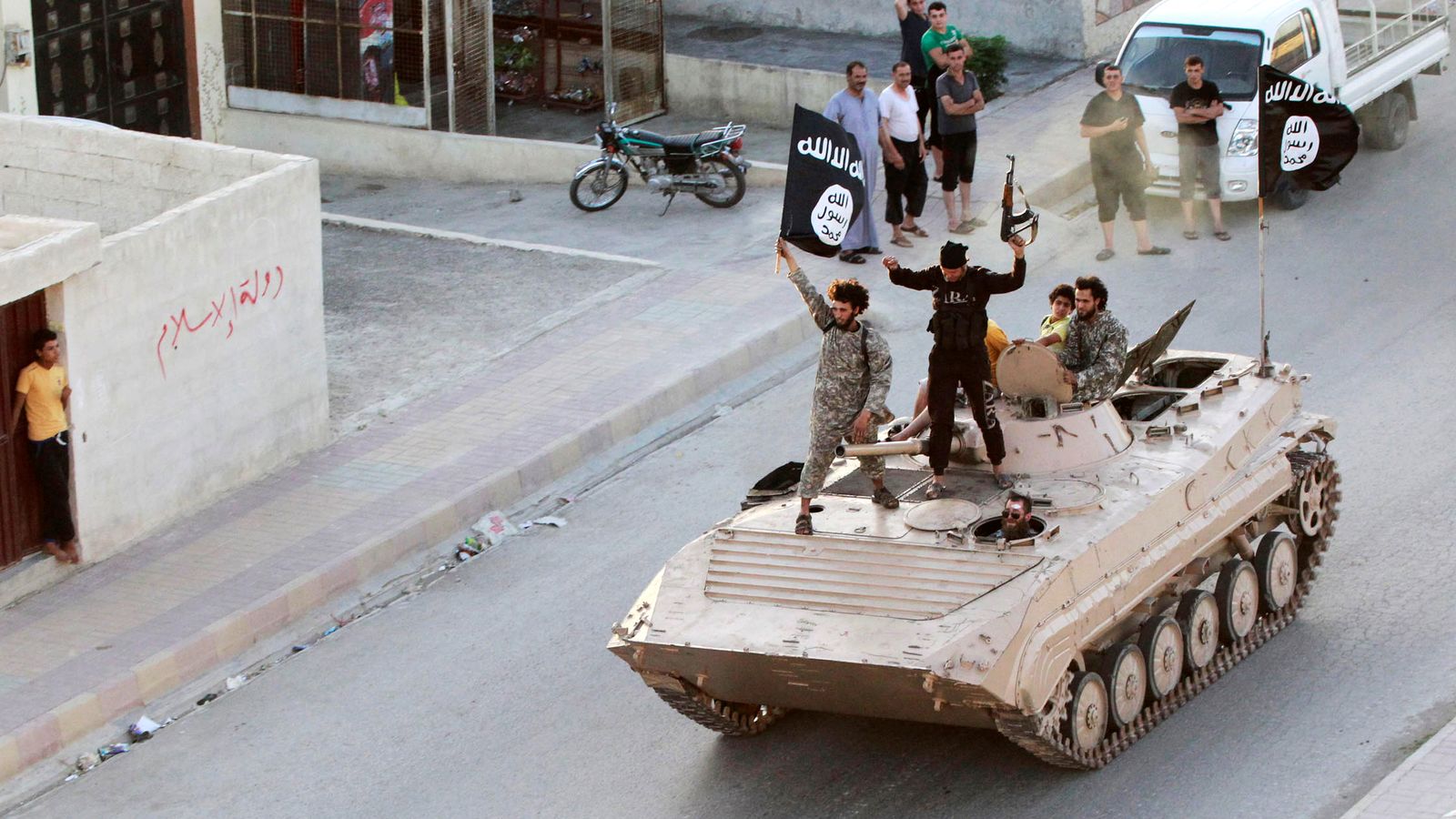 While it no longer controls vast swathes of Iraq and Syria, Islamic State remains a threat and will seek to spring 10,000 of its fighters from Syrian prisons in 2023, experts say.

The infamous terror group is much diminished from its peak in 2014 but it remains a menace in a volatile part of the Middle East, as well as abroad in Afghanistan and parts of Africa.

What is more, there are fears that a possible ground offensive by Turkey in Syria could create the perfect conditions for IS to once again seize power.

“Blink and you’ll miss it and suddenly ISIS will be back,” says Middle East expert Dr Shiraz Maher.

In a year where other stories have dominated the headlines, Sky News looks into what IS has been doing, and whether huge tracts of territory could once again fall under its flag.

Since its last bastions in Syria fell to Western-backed forces, IS has been operating at a “greatly diminished” level, according to terror expert Matthew Henman.

He said: “But the level of threat, the level of operational activity, has stayed reasonably consistent over that kind of period.

“In various key theatres the group has maintained a steady tempo of insurgent violence.”

Mr Henman, who works for the Janes intelligence agency, said the group and its affiliates further afield are focused on exploiting regional instabilities and still have designs on seizing territory.

Seeking to seize territory in parts of Africa

Several branches, or provinces, of IS exist across the Middle East and Africa. Each has its own regional leader who then pledges allegiance to the overall IS leader.

Abu al Hussein al Husseini al Qurayshi is the current leader of IS after his predecessor blew himself up in October as Free Syrian Army (FSA) fighters closed in.

At its height the so-called IS caliphate held sway over about a third of Syria and 40% of Iraq – a territory larger than Iceland.

In recent years much of the groups focus has turned to west Africa, Mr Henman says, where it has been met with multinational taskforces seeking to stop it gaining a proper foothold.

In Afghanistan the group’s regional affiliate – known as the Islamic State in Khorasan Province – has increased its attacks since the Taliban regained power.

Earlier this month, China advised its citizens to leave the country following a co-ordinated attack by Islamic State militants on a Chinese-owned hotel in the heart of Kabul.

Read more: Islamic State in Africa – how the terror group’s influence is spread across the continent

But the danger of IS activity in Iraq and Syria remains, despite its diminished presence.

Some 70,000 people with suspected links to the group, including women and children and around 10,000 IS militants, are being held by Kurdish forces in northeast Syria.

IS has been clear that it intends to free its supporters. In January it used vehicles and explosives to ram through the walls of Gweiran Prison in Hassakeh in a bid to free the 3,000 held there.

Dr Shiraz Maher, a senior lecturer at King’s College London, says the risk of IS freeing thousands of imprisoned fighters is the “single greatest security threat to the West”.

He told Sky News: “The Syrian Democratic Forces have repeatedly said that this is a ticking time bomb that they are sitting on (that) they are not capable of dealing with themselves alone.”

Read more:
IS ‘Beatle’ gets eight life terms in jail after hostages beheaded
Islamic State’s second leader of the year killed in battle

Many of those being held by SDF forces are foreign fighters, but many nations have been reluctant to deal with them.

The delicate situation could be put at risk if Turkey carries out its threat of a land invasion targeting Kurdish forces, Dr Maher warned.

Such a development may force Kurdish authorities to divert resources currently guarding its network of detention centres to the front line, creating a “massive ability” for IS to free its supporters.

“We need to think creatively and have some courage in dealing with this issue and nipping it in the bud right now,” Dr Maher said.

“If ISIS return to Syria and Iraq, people will die on the streets of Berlin, London and Madrid.”

Sky reporter blocked from asking JK Rowling question
Twitter accused of being behind on rent once again – and this time, it involves King Charles
Buckeyes great Laurinaitis joins Ohio State staff
Ex-boyfriend of George Santos speaks out to CNN
Divisional rankings: Moreno is back on top and Hill makes a big move up