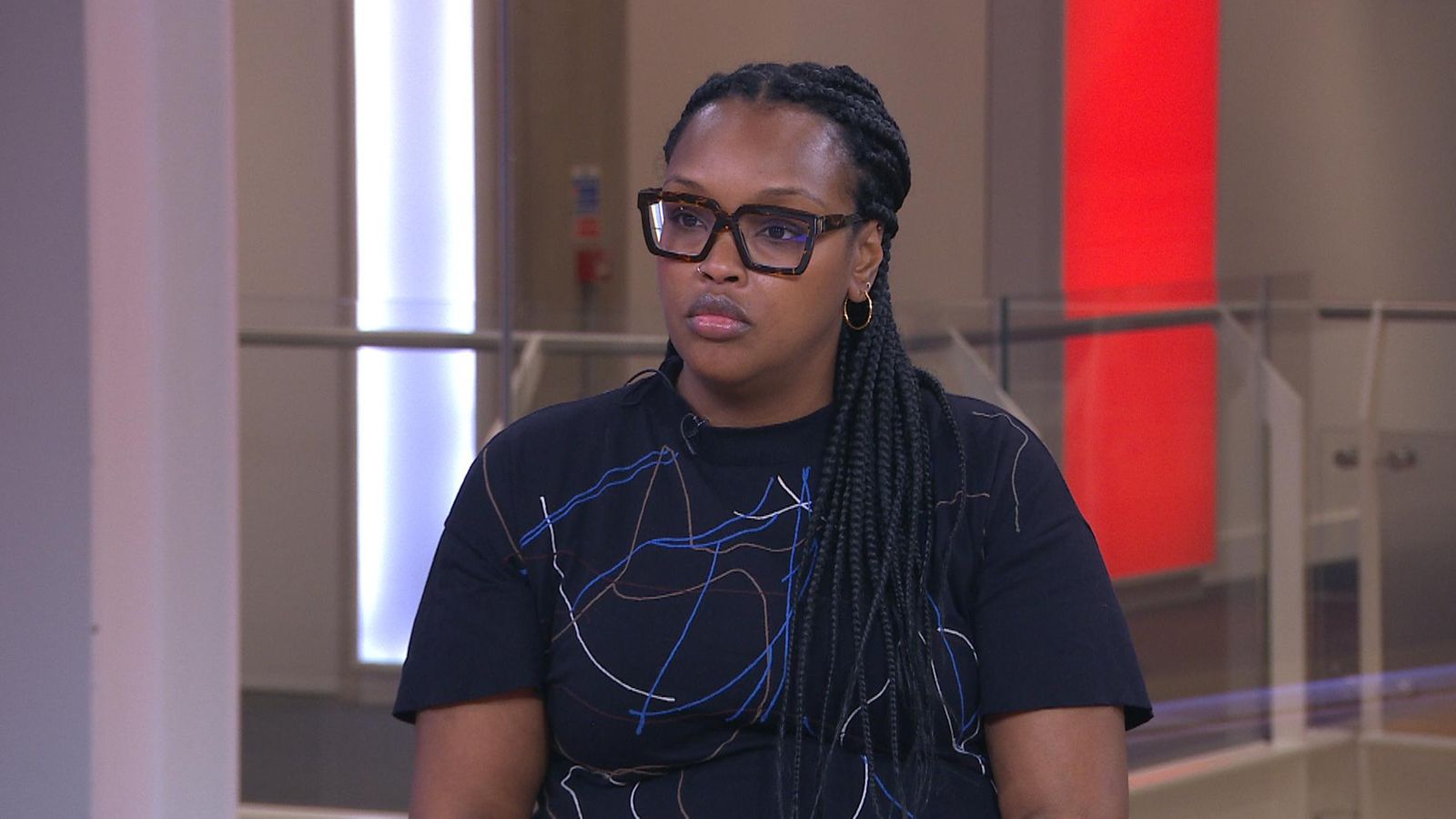 The government’s outgoing adviser on violence against women has accused the home secretary of “normalising hate” that black people get on Twitter with her rhetoric on immigration.

Nimco Ali, who announced she was leaving her role as an independent adviser at the Home Office earlier this month, accused Suella Braverman of “normalising hateful rhetoric”.

Asked about her concerns, she told Sky News: “It’s just the rhetoric. This is someone who wants to go very right wing, rather than think about the humanity of people.

“Suella is happy to lock people up in places with no beds in order to look tough on immigration.”

And describing the consequences of that, Ms Ali, 39, added: “If you just look at the timeline on Twitter at the moment, where any young black person, or any black person, speaks out, whether that be Meghan Markle or myself, the rhetoric and the hate we get is so normalised and we shouldn’t be in that position.”

In recent days Jeremy Clarkson has faced huge criticism for his language about the Duchess of Sussex in an article for The Sun, in which he said he “dreamed of the day she is made to parade naked through the streets”.

Ms Braverman was first appointed as home secretary by Liz Truss in her short premiership but was sacked over a security breach which broke the ministerial code.

Ms Braverman has also attracted criticism for her language, especially over immigration, where she described asylum seekers crossing the Channel in small boats as “an invasion”.

‘Even if we deport people we can do it with humanity’

On her predecessor Priti Patel’s policy of deporting asylum seekers to Rwanda, Ms Braverman said it is her “dream” to be able to see it through amid successive legal challenges.

Ms Ali refused to comment on the latest High Court appeal due on Monday but said: “It’s the language we use around it.

“Even if we are going to deport people and their claims are not successful, we can still do that with a bit of humanity.”

She denied her decision to leave was because her contract wasn’t being extended with the Home Office.

Previously she told Sky News: “I think I can definitely say that I wouldn’t feel comfortable in serving under Suella or actually saying that she is somebody that we probably have the same feminist ideals as.”

It is understood Ms Braverman and Ms Ali had never met before she started, and her job, given to her by Ms Patel two years ago, was due to end in the next two weeks.

A source close to Suella Braverman said: “It’s the home secretary’s duty to be honest with the British people about the scale of the crisis we’re facing on the south coast with the small boats crisis. She makes no apologies for that.”