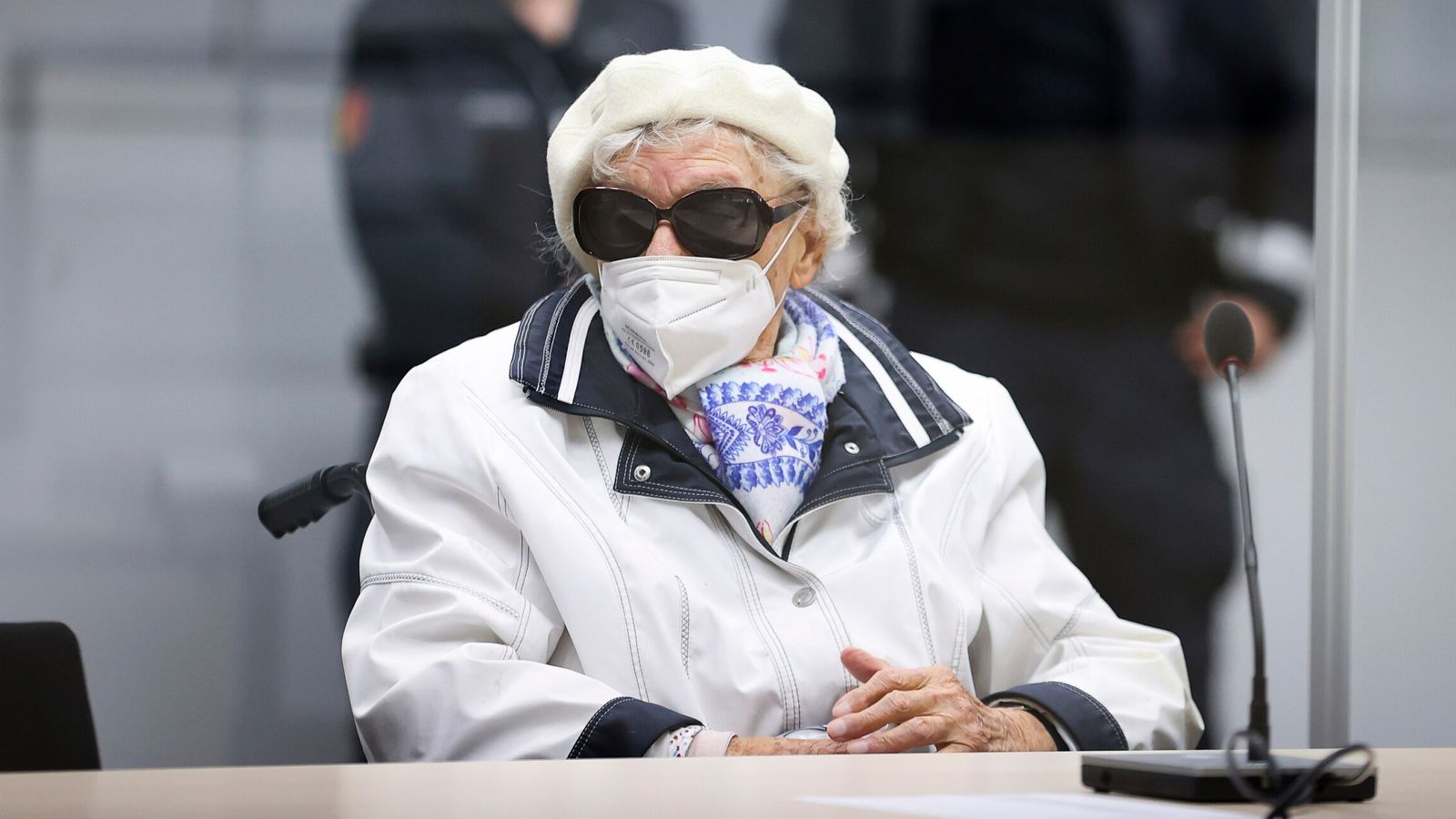 A 97-year-old former secretary to the SS commander of Nazi Germany’s Stutthof concentration camp has been found guilty of being an accessory to 10,505 murders.

In perhaps the last ever Nazi war crimes trial, Irmgard Furchner attended court in Germany for more than a year as prosecutors outlined their case against her.

He said the defendant was found guilty of aiding the murders of 10,505 people, along with five cases of attempted murder in the Stutthof concentration camp in today’s Poland.

Prosecutors say she “aided and abetted those in charge of the camp in the systematic killing of those imprisoned there between June 1943 and April 1945 in her function as a stenographer and typist in the camp commandant’s office”.

Furchner largely refused to answer questions during the trial but said in her closing statement that she was sorry for what had happened and regretted that she had been there at the time.

The so-called “secretary of evil” was just 18 when she went to work for the commander of the Stutthof camp, where more than 60,000 people died.

She was sentenced under juvenile law, owing to her age at the time of the crimes.

Defence lawyers had asked for her to be acquitted, saying the evidence had not shown beyond doubt that Furchner knew about the systematic killings at the camp, meaning there was no proof of intent as required for criminal liability.

‘There were bodies carted openly through the camp’

“It was impossible not to know what happened,” Stutthof survivor Manfred Goldberg told Sky News, disputing Furchner’s claim that she was not aware of the atrocities taking place there.

“There were bodies being carted openly through the camp.”

It was a defence many found hard to believe, says Sky News’ Europe correspondent Siobhan Robbins, who visited Stutthof and stood in the former secretary’s office, looking out of the window which has a view over the camp.

“Historians told us sick, starving, and terrified prisoners would have walked past the building every day. Some may have been stripped naked, yet she claimed she hadn’t seen them, wasn’t aware. She also hadn’t heard the screams from the gas chambers or been aware of the bodies hanging outside.

“And then there were the fires – first from the crematorium, which burned 24 hours a day, and then, when that couldn’t keep up with the demand, the Nazis stacked and burned bodies in piles outside. The stench would have been ghastly, impossible to miss.

“Almost 80 years on, the lie failed and the guilty verdict was handed down – proving justice has no time limit and age is no defence.”

Perhaps as many as 100,000 people were deported to the Stutthof camp during the war.

Behind the electrified barbed-wire fences surrounding it, conditions were brutal.

Many prisoners died in typhus epidemics that swept through the population, while those deemed too weak or sick to work by the guards were killed.

Stutthof is also remembered for its final days as the Soviet Red Army closed in, and the harrowing events that took place as thousands of prisoners were moved by camp guards under the pretence of an “evacuation”.

Professor Rainer Schulze, a German historian and emeritus professor at the University of Essex, told Sky News: “They put them into little boats which they shoved into the Baltic Sea.

“And people died in those boats because of the exposure to the sun, no water, no food.”

In the chaos that swirled as the Second World War came to an end, many high-ranking Nazis fled abroad, while others returned to their normal lives.

In recent years, particularly following a change in German law, there have been a number of former concentration camp guards and staff members in their 80s and 90s put on trial accused of war crimes under the Nazi regime.

But Professor Schulze said Furchner’s trial would “probably in all likelihood be the last Nazi war crime trial”.