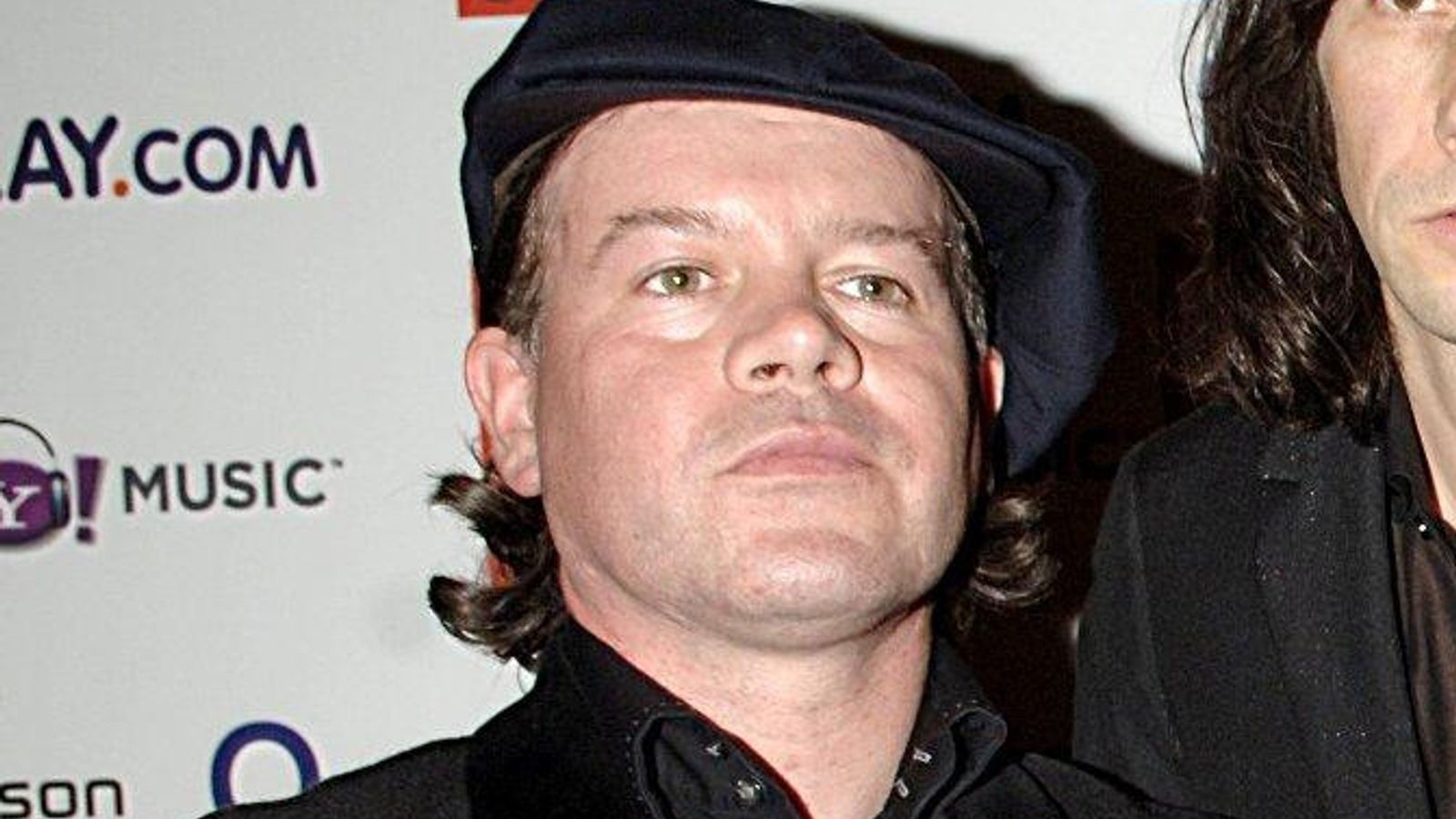 Tributes are being paid to Primal Scream keyboardist Martin Duffy, who also performed with The Charlatans, following his death at the age of 55.

The news was confirmed by The Charlatans frontman Tim Burgess and Creation Records founder Alan McGee, who signed Primal Scream to his label in the 1980s, with lead singer Bobby Gillespie later sharing a poignant tribute.

Duffy died on Sunday after suffering a brain injury following a fall at his home in Brighton, Gillespie said, describing his friend and bandmate as “a beautiful soul” and his “soul brother”. He died on the same day as fellow music star Terry Hall, frontman of ska band The Specials.

Duffy, who grew up in Birmingham, joined indie-pop band Felt when he was 16, before later joining Gillespie’s Primal Scream – going from part-time to a full-time member.

He was part of the line-up when the band released its third album Screamadelica in 1991, their first commercially successful album and the winner of the inaugural Mercury Prize the following year.

The musician also famously stepped in at the last minute to play with The Charlatans when they supported Oasis at Knebworth in 1996, following the death of their own keyboard player Rob Collins in a car crash just a few weeks earlier. He also went on to help finish the band’s fifth album Tellin’ Stories, which was being recorded that year.

Paying tribute to “a true friend”, Burgess described Duffy’s death as “another tragic loss of a beautiful soul”.

In an emotional tribute shared on Primal Scream’s Instagram account, Gillespie wrote: “We in Primal Scream are all so sad. I’ve known Martin since he was a teenager in Felt. He played keyboards on every album of ours from the first to the last. Finally joining the band in 1991.

“Martin was a very special character. He had a love and understanding of music on a deep spiritual level. Music meant everything to him. He loved literature and was well read and erudite. An autodidact. A deep thinker, curious about the world and other cultures. Always visiting museums in every city we played or looking for Neolithic stones in remote places. Opinionated and stubborn in his views.”

Gillespie went on to say that Duffy played piano “to the level where he was feted not just by his peers in British music” but also “old school master American musicians” such as pianist and singer James Luther Dickinson, drummer Roger Hawkins, bassist David Hood and producer Tom Dowd.

He continued: “Martin was the most musically talented of all of us. His style combined elements of country, blues and soul, all of which he had a God given natural feel for. He never played the same thing twice, ever. He was all about ‘the moment’, better have that ‘record’ button on when Duffy was on fire…

“Martin was also in possession of a unique wit. He had a swift eye for the absurd, the surreal and the ridiculous. He lived to laugh and play music. He was loved by all of us in the Scream. A beautiful soul. We will miss him.”

Duffy was also a member of the rock supergroup The Chavs, formed in 2004 by former Libertines guitarist Carl Barat and Burgess alongside drummer Andy Burrows from Razorlight. In 2012 he performed as part of another supergroup at a fundraising concert at Manchester Cathedral, this time featuring Burgess and Mark Collins of The Charlatans with Peter Hook of New Order.

In recent years he toured as part of Burgess’s live band, playing music from the singer’s solo albums.

Throughout his career, he also contributed keys to songs by Oasis, The Chemical Brothers and Beth Orton.

Oasis star Liam Gallagher was among those paying tribute.

Cherry Red Records, Felt’s first label before Creation, shared a statement, saying: “We’re sad to hear the news that Martin Duffy has passed away. An amazing musician who made incredible contributions to every album he played on, he will be missed. A true rock ‘n’ roll star.”

Music journalist Paul Stokes posted a photo of Duffy on Twitter, and wrote: “Martin Duffy made so many important contributions to so many great records. His performance with @thecharlatans at Knebworth in the aftermath of Rob Collins death was a moment of pure emotional brilliance. He will be truly missed.”

Electro band Asian Dub Foundation tweeted: “Very sad news, someone we toured with alongside #PrimalScream and a fantastic person all round has left us. Brilliant keyboardist #MartinDuffy ADF salute you, thanks for all the good vibes.”

No details of the cause of Duffy’s death have been announced.

Weekend Project: I added a solar panel to my electric mini-truck to charge from the sun
Police searching for Nicola Bulley warn against ‘totally unacceptable’ abuse as witness comes forward
Amazon stock hit hardest after tech earnings bonanza, despite misses by Apple and Alphabet
Netflix says new password sharing rules were posted by accident
It is as though ‘she vanished into thin air’: Nicola Bulley’s partner says