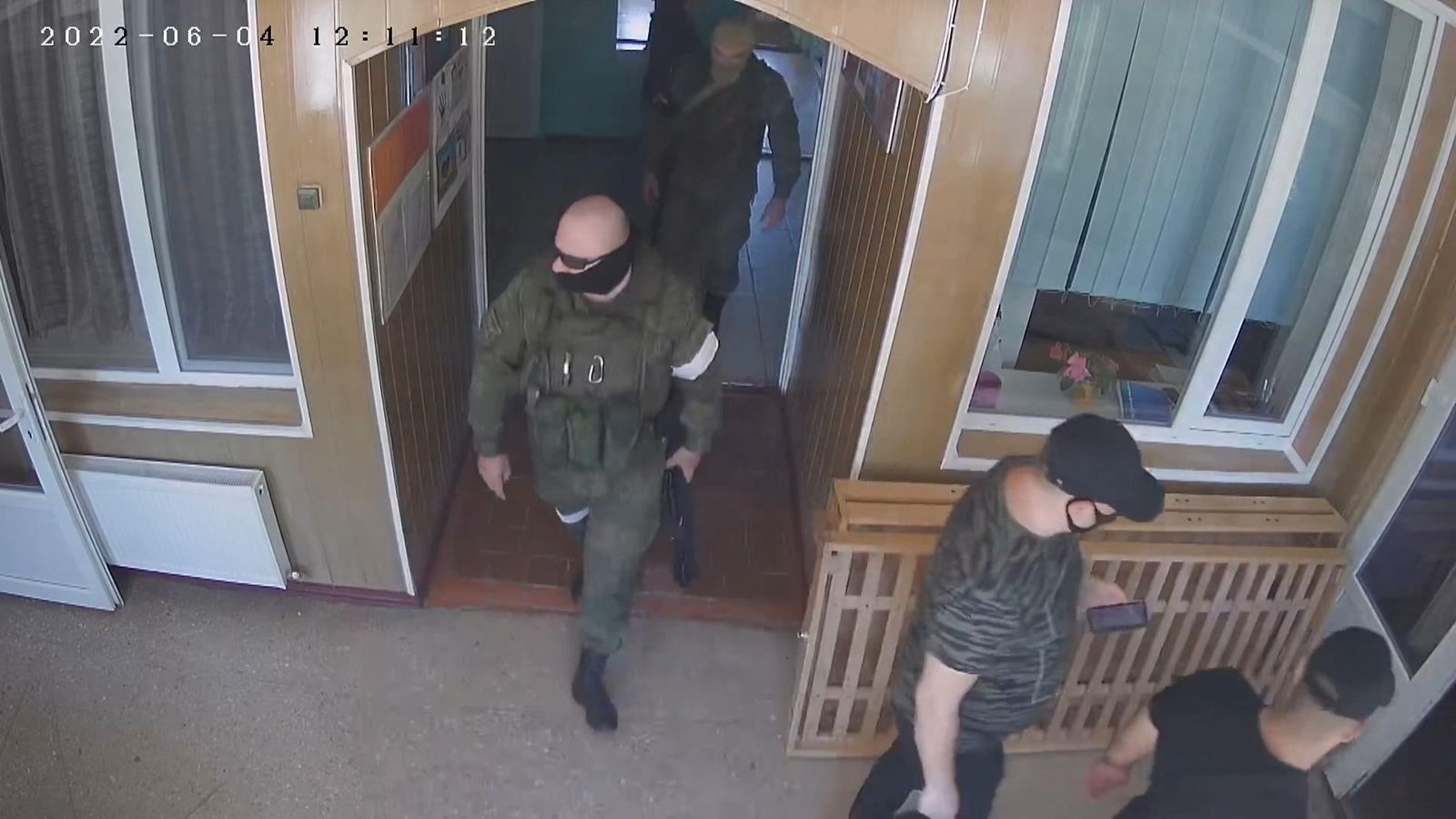 Sky News has unearthed evidence Russia has been abducting Ukrainian orphans and children in care.

Allegations that the Russian military has been deporting children have been some of the most disturbing aspects of this nasty war.

The abduction of children is a grave violation of the rules of war.

Volodymyr Sahaidak is the director of an orphanage in the village of Stepanivka outside Kherson.

When Russian forces occupied the area he says he knew he had to take action to protect his children.

He had seen what Russians had done to orphans in the Donbas region since starting a civil war there in 2014.

“We saw Russian propagandists saying that they need to take the orphans to give them to military schools, indoctrinate them and let them fight for Russia,” he said.

“It was the scariest thing so we started hiding children because we understood they would take them.”

The 52 children at the orphanage were among the most vulnerable, orphans or in care, and it turns out Mr Sahaidak’s fears were well-founded.

The footage shows agents with Russia’s secret police, the FSB, leading soldiers with rifles through a building that should be a place of sanctuary.

The children had gone because the community had heard the call from the orphanage to hide them. The entire village rallied together to protect the children, taking them in, three or four per family. They ran the risk of collaborators exposing them to the Russians and being arrested or shot.

The Russians never found the orphans but sent another fifteen children from elsewhere in Ukraine for the orphanage to look after. Sky News has seen videos showing orphanage staff taking them in and treating them as their own.

When Russian forces finally retreated from the region, they came and took all 15 children with them. There was nothing the orphanage could do.

Orphanage teacher Oxana described the day they were taken.

“They were put in these military vehicles and taken away, soldiers with machine guns, so of course the children were scared and didn’t know where they were being taken.”

They weren’t the only ones, Sky News also investigated claims Russians took much younger children from another orphanage in central Kherson.

Natalya Kadyrova lives next to the orphanage. She also described the moment the Russian military came to abduct the children.

“When the children were being taken out, Russian armoured personnel vehicles were standing around the perimeter and soldiers so that no one would film.”

Read more:
Zelenskyy on his way to US to meet Biden
Eyewitness: Freedom comes at a price in Kherson

The children were toddlers, ages three to five, and she says the moment still haunts her.

“Of course I’m worried about them, they are small children. They are just abandoned children. We do not know where they are, what happened to them or where they were taken.”

The Ukrainian prosecutors office says Russians took 48 orphans aged three to five from this orphanage. They say they have opened a criminal prosecution into the case and called in the Ukrainian secret service to investigate.

The Ukrainian government says 13,000 children have been deported or abducted by Russia during the war.

Mr Sahaidak and his village saved 52 children from the clutches of the Russians, but not the other 15 orphans taken by them.