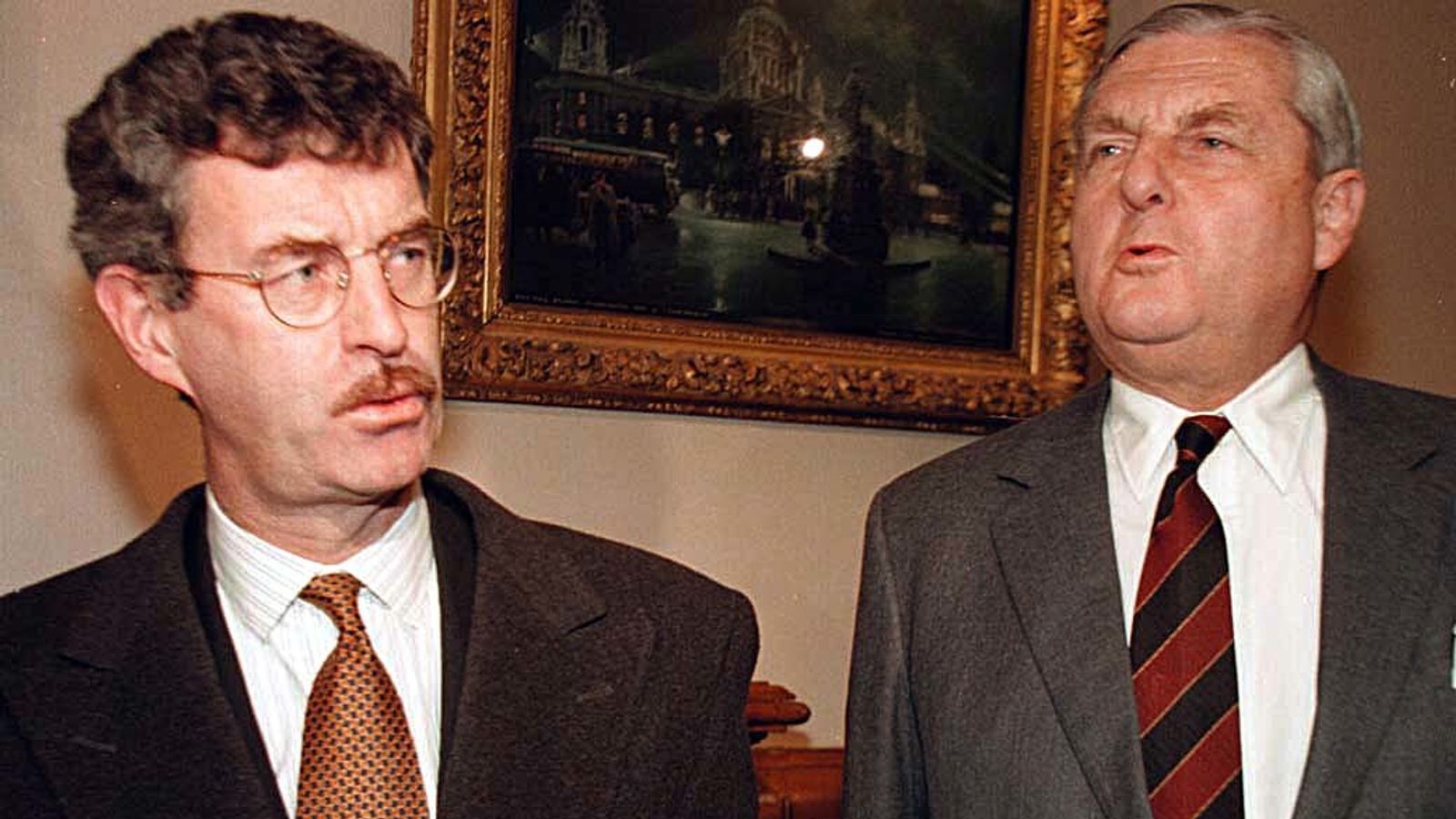 The British government would not apologise over Bloody Sunday as it would mean accepting liability, confidential documents have revealed.

The incident in January 1972 saw members of the Parachute Regiment shoot dead 13 civil rights protesters on the streets of Derry.

During the three hours of talks at Lancaster House, the British secretary of state said his government – led by Conservative Prime Minister John Major – might not have a problem expressing “profound regret” for what happened, but apologising for it would be to “accept liability”, which “could not be justified” on the “available evidence”.

Sir Patrick also said there was “not much prospect” of Lord Widgery’s findings into Bloody Sunday – a widely criticised report in 1972 that exonerated the soldiers – being overturned.

The memo from an Irish official said the discussion was wide-ranging and mostly focused on negotiations and the peace process, but Sir Patrick brought up the incident, describing it as “an absolute disaster”.

The official noted that he made the remark “much to the discomfort” of Northern Ireland minister Michael Ancram, who suggested that “tragedy” might be a better description, but Sir Patrick stood by his assessment.

Irish deputy Mr Spring told him Bloody Sunday was a “very sensitive issue” that he wanted “closed in a dignified way”. But he said new evidence was emerging and questioned whether the British government could respond without establishing a new inquiry.

Sir Patrick told him he wanted justice for both sides – the families of the bereaved and the soldiers. However, he claimed not to have seen any of the reported new evidence, with an Irish official noting that he did not appear to be overly impressed by what he had heard of it.

“Nevertheless, he noted that the process of criminal prosecution could be activated in response to convincing new evidence,” the Irish official said.

A new inquiry was held by Lord Saville and concluded in 2010, finding no justification for shooting any of those killed or wounded. Afterwards, David Cameron issued a public apology, saying the killings were “unjustified and unjustifiable”.

A number of other Irish state records from the 1990s have also been published, including criticism of former Ulster Unionist leader David Trimble by the Irish ambassador to the US.

Dermot Gallagher said the late Nobel Peace Prize winner, who was instrumental in the Good Friday Agreement and later became first minister in Northern Ireland, had “a resentful complex” towards the Republic of Ireland and had “little vision of the kind of leadership that is urgently required at this time in Northern Ireland”.

Another document showed the Irish government’s fears of loyalists bombings in the country after the IRA ceasefire ended in 1996, detailing a meeting that took place soon after the London Docklands bombing in February 1996 that killed two people and injured more than 100 others.

And another revealed the then-Irish Prime Minister Bertie Ahern had called for the use of rubber bullets to be discontinued in his country, saying he hoped it would put pressure on the British government to reduce their use in Northern Ireland.

One of the stranger records to be published covered a call between an Irish official and former Prime Minister Boris Johnson, who was then deputy editor of the Daily Telegraph.

Mr Johnson urged the Irish government to take a “hard egg” approach to the Northern Ireland peace process and “let the nationalists go to hell”, adding: “Let them use the bomb and the bullet, we shouldn’t give in and we will beat them eventually.”

The official, who described the conversation as being “slightly surreal”, said he “pointed out” that a hard egg approach “can only lead to broken heads”, and that “the priority now has to be to minimise the chances of another act of violence”.