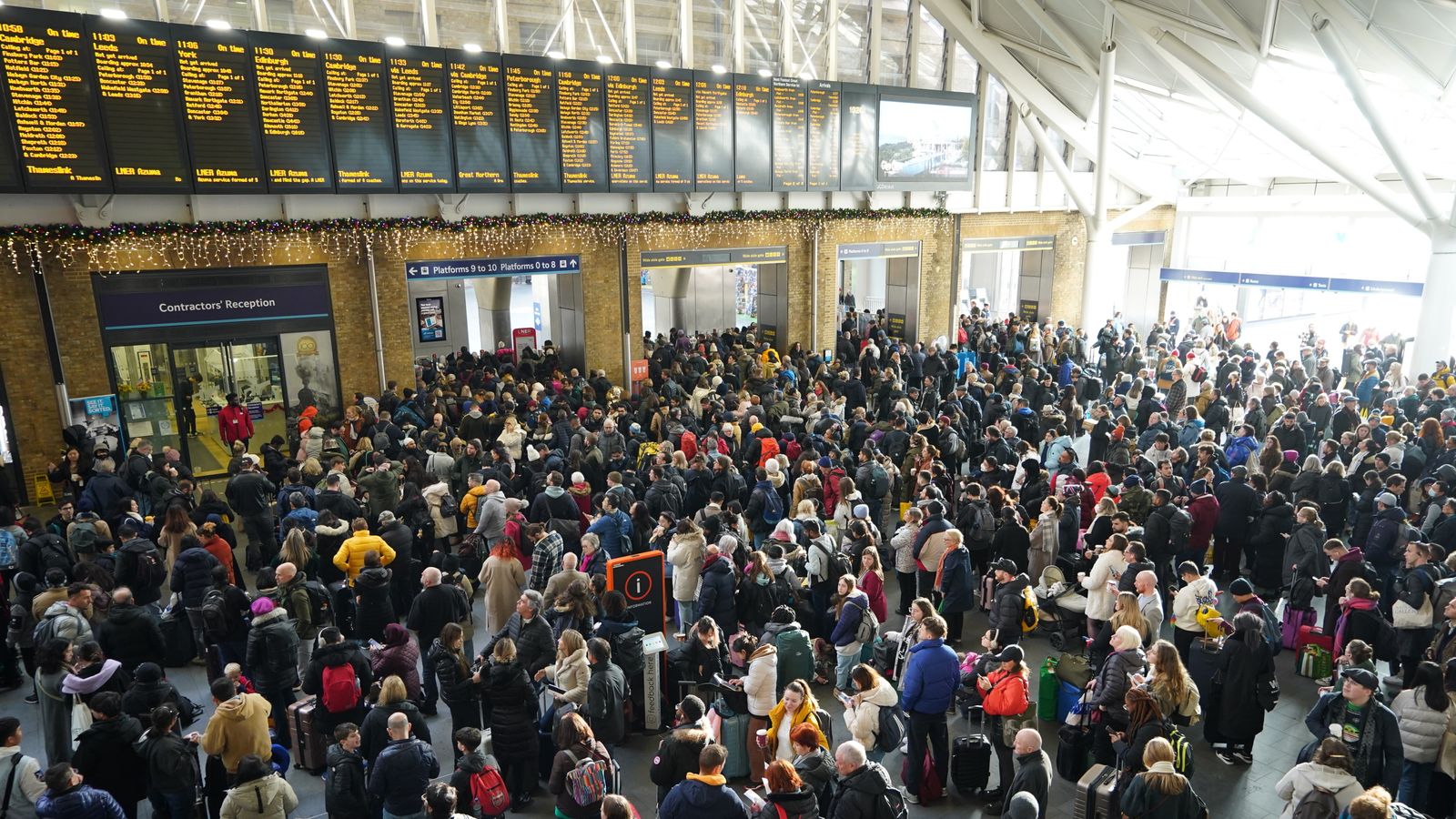 A warning has been issued to rail passengers for the New Year period as more strikes are set to cause further travel chaos.

Network Rail said journeys would be “significantly disrupted” for the rest of the month and into January as industrial action continues.

The Transport Salaried Staffs’ Association (TSSA) became the latest union to stage a walkout over pay and conditions.

Its members – who mainly work in management roles covering customer services and planning – are striking for 24 hours on CrossCountry services until 9pm today.

Further industrial action will then take place on West Midlands Railway and Great Western Railway from noon today for another 24 hours.

The TSSA said its workers were “seeking basic fair treatment, not to be sacked from their jobs, a fair pay rise in the face of a cost of living crisis and no detriment to terms and conditions”.

But a spokesman from the Department for Transport said the public “deserve better than to have their festive celebrations impacted by strikes” after two years of “virtual Christmas”.

The National Union of Rail, Maritime and Transport Workers (RMT) has confirmed more walkouts on 3, 4, 6 and 7 January, while the train drivers’ union, Aslef, has called a strike on 5 January.

And workers on the Elizabeth Line in London will take action on 12 January.

There were queues at some major stations including London’s King’s Cross as rail services out of the capital restarted after yesterday’s strikes, with the delay and cancellation of some services.

Network Rail has told people to plan ahead and check their services before they head out in the coming days as “industrial action means rail travel will be significantly disrupted throughout December and January”.

And the government has urged the union bosses to call off the strikes, saying: “We urge them to step back, reconsider and get back round the table, so we can start 2023 by ending this damaging dispute.”

It won’t just be rail workers taking action in the new year, however, with further strikes planned by multiple sectors, including nurses, ambulance workers, and postal workers.

Border Force staff are also beginning their own industrial action from tomorrow, with arrivals at UK airports expected to feel the impact.