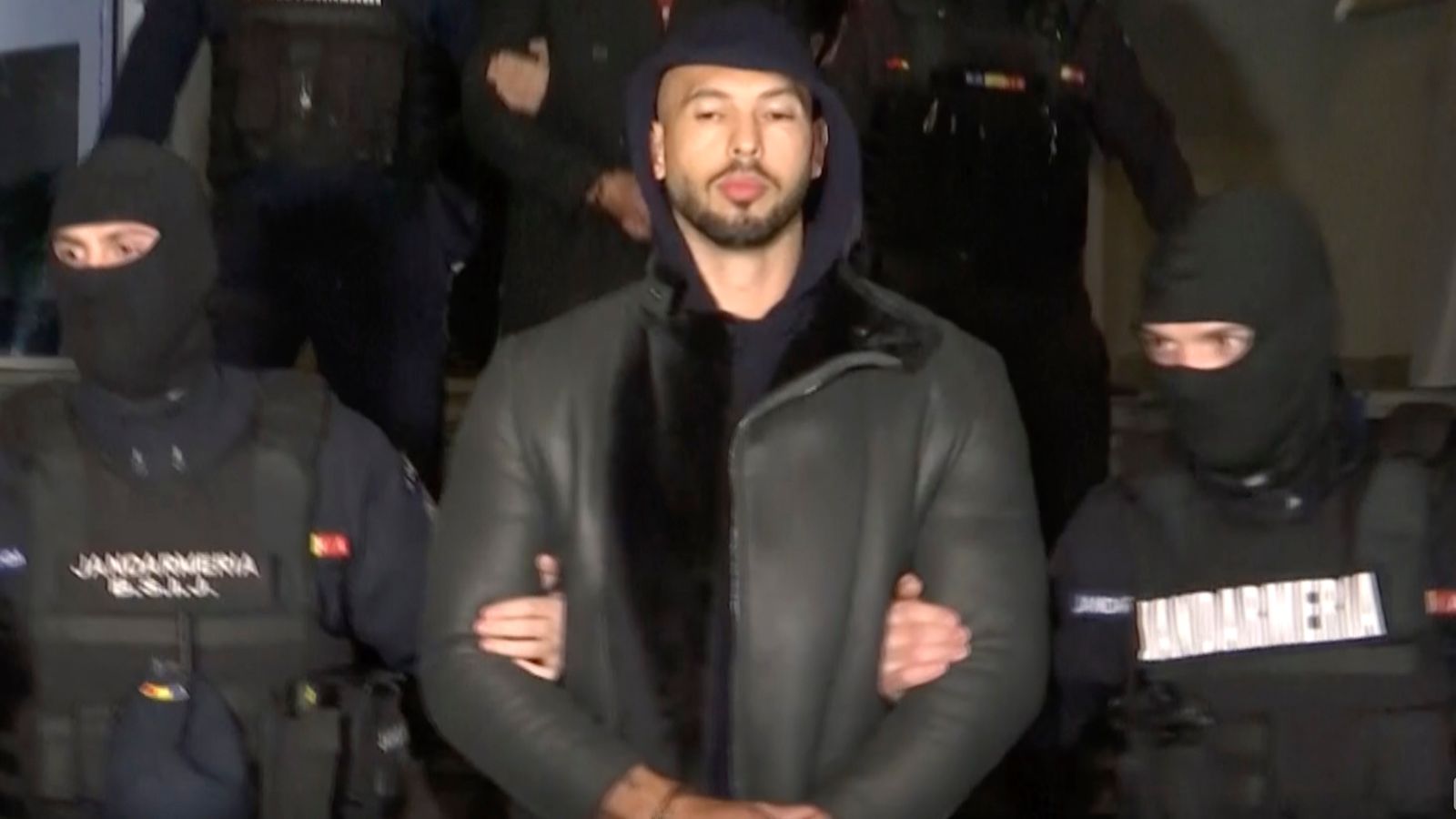 Andrew Tate’s Twitter account has been used to protest the influencer’s innocence after he was arrested on suspicion of human trafficking.

Tate’s account, which is followed by more than four million people, tweeted on Saturday: “God is on our side, so the Matrix will not win.”

It comes after the controversial “self-help” social media influencer, who styles himself as the “king of toxic masculinity”, was arrested in Romania along with his brother Tristan on suspicion of human trafficking, rape and forming an organised crime group.

Two other suspects, who are Romanian, were also in custody.

On Friday, Romania’s anti-organised crime agency confirmed all four will be held for 30 days after a judge extended their initial detention period to allow them to investigate.

The 1999 science fiction film sees humans fight back against agents inside a simulated reality used to trap people and consume their energy.

At the end of the first film, the protagonist is given the choice between a red pill, which will wake him up from The Matrix, and a blue pill which will leave him in blissful ignorance of its existence. 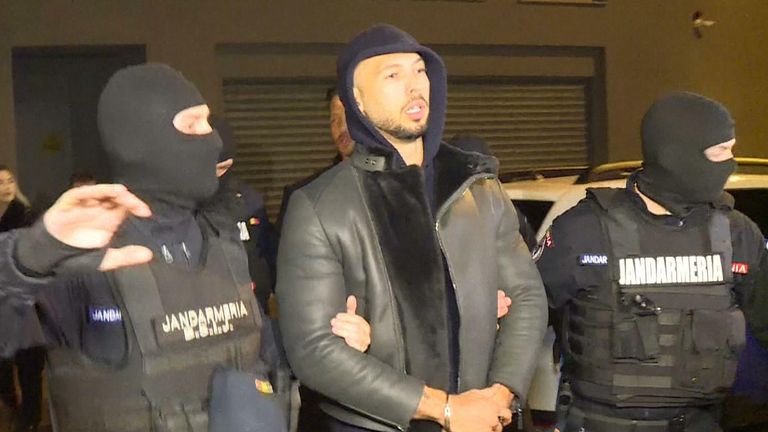 In recent years, the film has been adopted by conspiracy theorists and self-styled “self-help” influencers, such as Tate, to encourage their followers to try and break free of society’s constraints – the so-called “red pill” option.

The red pill concept has also been adopted by fringe online communities, such as followers of the “involuntary celibate” (Incel) group, who believe men are being “subjugated” by feminism.

But Tate’s reference to The Matrix appeared to be mocked by Twitter owner Elon Musk, who shared his own Tweet referencing the film.

Sharing an image with the face of the film’s protagonist, “Neo”, and a quote, Musk Tweeted: “What if I told you the only way to escape The Matrix is to unlearn everything that you have been taught and rebuild your entire belief system based on critical thought and analysis.”

Alongside his reference to The Matrix, Tate, a former kickboxer and contestant on the UK reality show Big Brother, ended his most recent Tweet with the phrase “Inshallah” – an Arabic expression meaning “if God wills”.

Tate, who was born in the US to an African-American father and an English mother, but who spent much of his young life in Luton, said last year that he had converted to Islam.

Alongside his own tweet, two hashtags are now being used on Twitter by Tate’s supporters to protest his innocence, with one being “Tateisinnocent” and the other being “FreeTopG”.

Tate has previously shared videos claiming he would be arrested in a bid by authorities to “silence” him.

In one video, shared under the hashtags, a teenage boy is seen protesting Tate’s innocence and saying he had taken an Islamic oath in solidarity with the controversial influencer.

Tate, who boasts on social media about his expensive lifestyle and has often been accused of misogyny for his views on women, has a solid fanbase among young teenage boys, sparking fears about his influence.

He was banned days later from YouTube for breaching hate speech rules – but fan channels have filled in the gaps, posting videos that reach millions of views.

TikTok has barred him from having an account but content posted under the hashtag Andrew Tate has been viewed billions of times.

In November, analysis by the Centre for Countering Digital Hate (CCDH) identified more than 100 TikTok accounts that frequently promote Tate’s content, with a total of 250 million video views and 5.7 million followers.

Twitter also banned him in 2017 for his misogynistic views and hate speech but reinstated his account at the end of last year following Musk’s takeover.