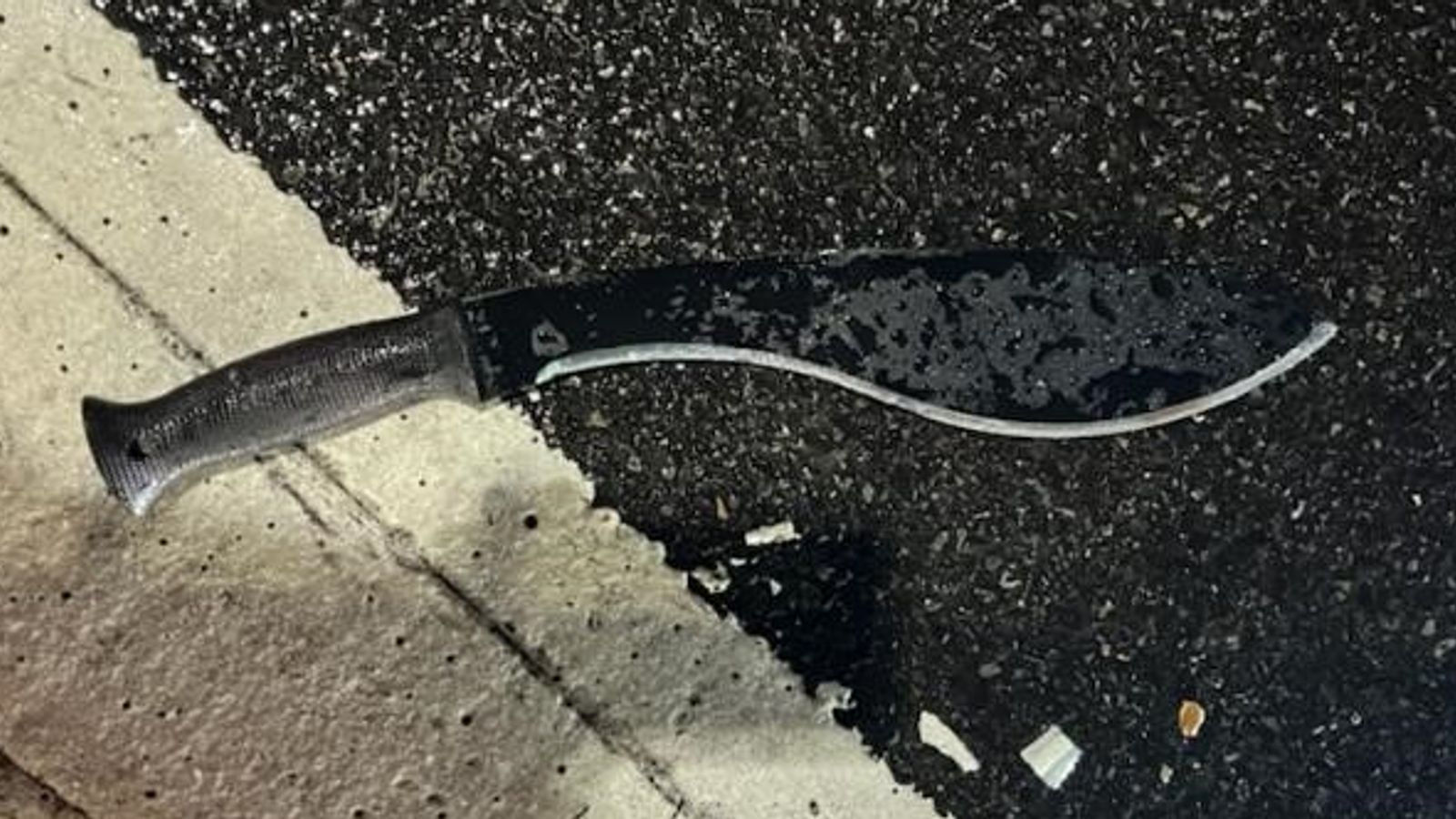 Specialist terrorism experts are investigating an attack involving a machete on police in New York that left three officers hurt.

A man wielding the weapon attacked officers outside the security cordon for the city’s main Times Square celebrations at about 10pm on New Year’s Eve.

Police commissioner Keechant Sewell told reporters: “Unprovoked, a 19-year-old male approached an officer and attempted to strike him over the head with a machete.

“The male then struck two additional officers in the head with the machete.”

It is understood that one of those targeted, who was not seriously injured, shot the suspect in the shoulder enabling his arrest.

All three officers have non-life threatening injuries. One has a skull fracture while another was said to have a deep cut.

No motive has yet been identified.

But law enforcement officials were said to be examining whether the man who allegedly attacked the officers had previously posted, what they called, jihadist writings online and that he had travelled to New York City to deliberately target police.

The Times Square celebrations were not affected by the emergency services response to the attack.

Police believe no-one else was involved.