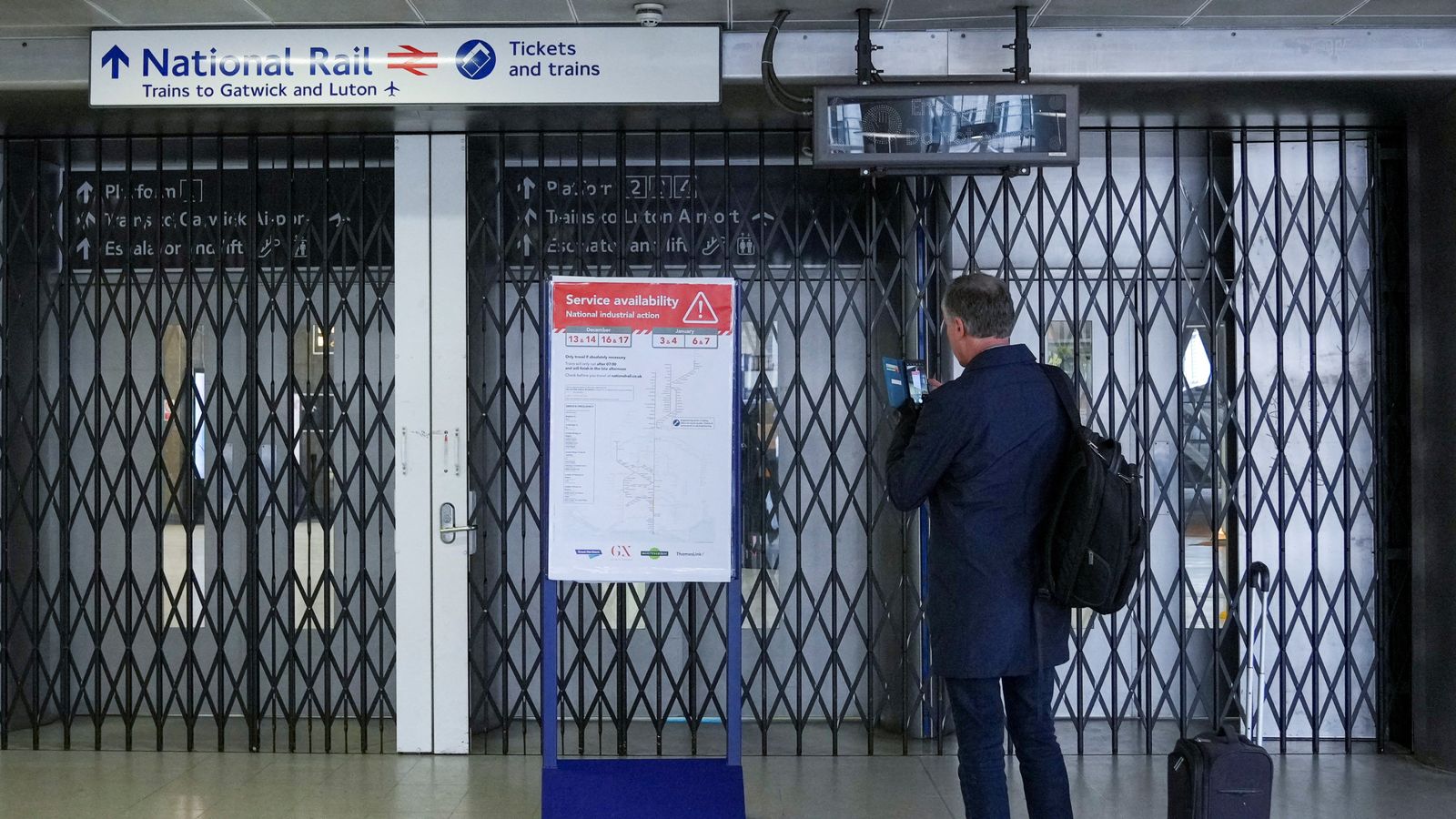 Strikes by rail and road staff are set to cause extensive disruption to commuters returning to work after the Christmas break – amid fears that continued walkouts could cause a years-long slump in demand for train travel.

About 40,000 members of the RMT union from Network Rail and 14 train operators are taking industrial action today, tomorrow, Friday and Saturday – meaning most services nationwide will not run.

Train drivers are also set to stage a one-day walkout on Thursday, meaning the UK’s rail network will be crippled throughout the first working week of 2023. Passengers have been urged to only travel if necessary.

In other developments, more than 100 road traffic officers and control room operators working for National Highways in England are launching their own 48-hour strike today.

While this walkout is expected to have little impact on the network, roads are expected to be busy on both days as commuters ditch the train and head to the office in their cars.

RMT general secretary Mick Lynch has warned that strikes on the railways will continue until the government stops “blocking” a deal to resolve the bitter dispute over pay, jobs and conditions.

The union claims that – despite its best efforts over the festive period – rail employers have not arranged any formal negotiations.

Mr Lynch also alleges that an “unprecedented level of ministerial interference” is preventing progress from being made, and he said RMT representatives are “available around the clock for talks”.

RMT strike days will see approximately half of the network shut down, with just 20% of normal services expected to run. These trains will also start later and finish much earlier than usual, with journeys only possible between 7.30am and 6.30pm.

According to The Times, ministers fear that millions of passengers will give up on train travel altogether as a result of the worst week of rail disruption in 30 years.

A government source told the newspaper: “This is an act of self-harm – a generation of passengers will just write off the railways. We’re talking about permanent scarring. The longer the strikes continue, the greater the risk.”

But Aslef general secretary Mick Whelan, who represents train drivers, said workers have been left with little choice but to strike because they haven’t had a pay rise since April 2019 – with high levels of inflation resulting in a real-terms pay cut.

Stressing that his union is always happy to negotiate with train operators, he added: “The ball is in their court. The companies, or this Tory government which stands behind them, could end this dispute now by making a serious and sensible pay offer. It is up to them.”

The Department for Transport has warned that passengers have “rightly had enough of rail strikes” – and called on unions to stop taking industrial action.

A spokesperson said: “The government has demonstrated it is being reasonable and stands ready to facilitate a resolution to rail disputes. It’s time the unions came to the table and played their part as well.

“Inflation-matching pay increases for all public-sector workers would cost everyone more in the long-term – worsening debt, fuelling inflation, and costing every household an extra £1,000.”

Transport Secretary Mark Harper will be interviewed live on Sky News at 7.20am this morning – followed by RMT general secretary Mick Lynch at 7.30am.