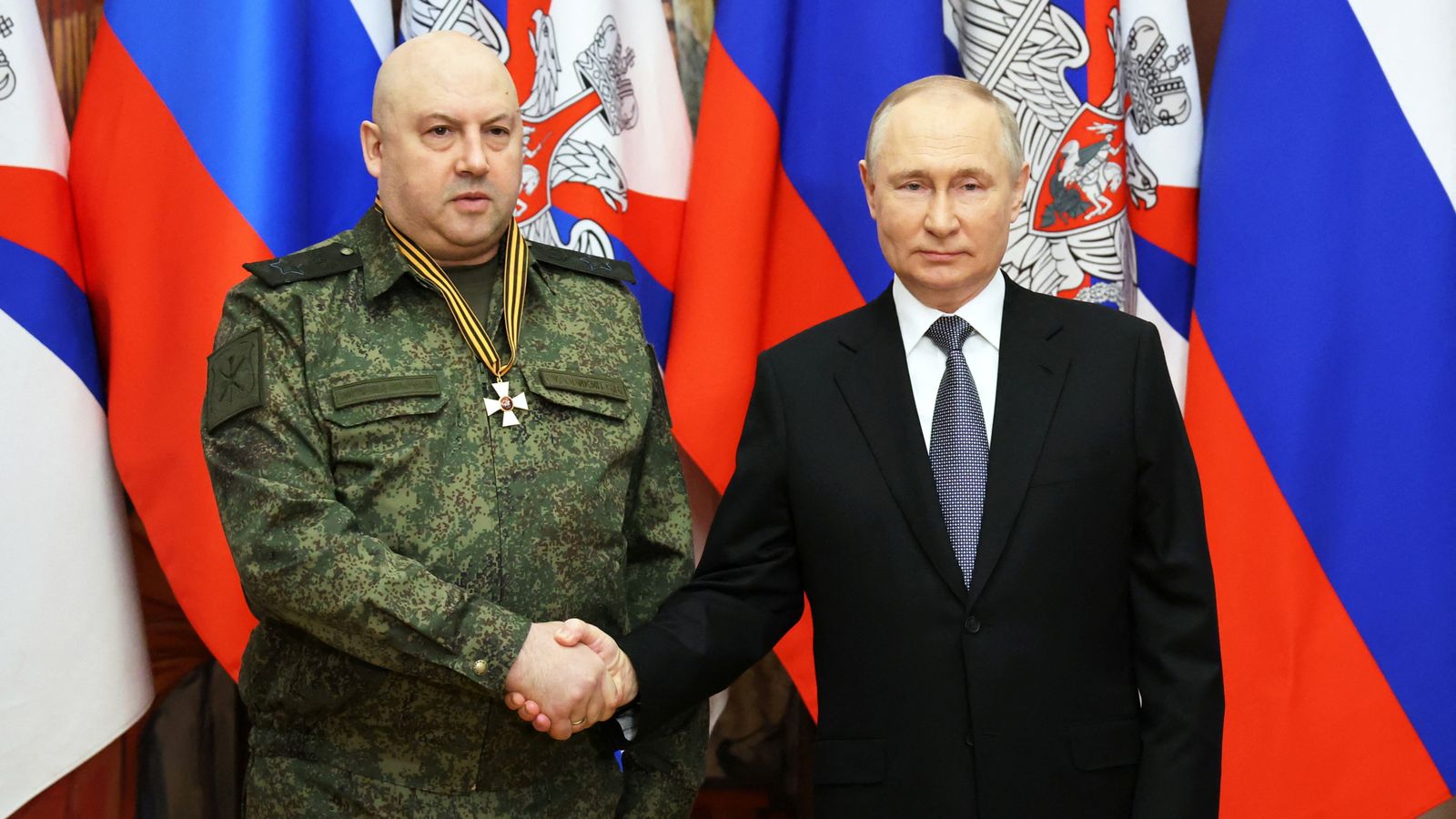 Sergei Surovikin, nicknamed “General Armageddon”, has been removed from his role as head of Russia’s war in Ukraine only three months into the job.

He has been replaced by chief of the general staff Valery Gerasimov, who is head of the Russian military.

The change was announced by defence minister Sergei Shoigu, and was described as “an increase in the level of leadership of the special operation” – which is what Moscow calls its invasion of Ukraine.

Mr Surovikin was put in overall charge of the Ukraine operations last October. He will stay on as Mr Gerasimov’s deputy.

The defence ministry said the changes were designed to increase the effectiveness of military operations in Ukraine and “the need to organise closer interaction between the types and arms of the troops”.

Reputed for ruthlessness and brutality, Mr Surovikin is a military veteran who served in the Soviet Union’s ultimately doomed war in Afghanistan during the 1980s.

The 56-year-old is infamous for ordering troops to open fire on pro-democracy protesters in Moscow, when three people were killed during the final days of the Soviet Union in 1991.

In 2017 he led the Russian forces’ intervention during the Syrian war.

He is accused of complicity in the indiscriminate bombing of opposition fighters and of overseeing chemical weapons attacks, in a campaign thought to have been pivotal in helping Syria’s government regain control over most of the country.

He is also a key ally of Yevgeny Prigozhin, the founder and head of the shadowy Wagner mercenary group, which has been fighting in Ukraine’s eastern Donbas region.

At the time of his appointment as commander of Russia’s invading forces in Ukraine, experts said that President Vladimir Putin’s decision was a direct result of Mr Surovikin’s reputation for ruthlessness.

Military analyst Forbes McKenzie, head of McKenzie Intelligence, told Sky News in October 2022 that Mr Surovikin is seen “as a hero of the former Soviet Republic”.

Who is Valery Gerasimov?

The right-hand man of Mr Putin, Mr Gerasimov was one of only three, including the president and defence minister, who were in charge of plotting the invasion of Ukraine.

He is a veteran commander from the second Chechen war, previously serving as a deputy for General Nikolai Makarov.

Mr Gerasimov reportedly visited the frontline in the eastern Donbas region back in May – as troops were apparently suffering from low morale and heavy losses.

On one side, Russian security agencies, defence minister Sergei Shoigu and chief of the general staff Valery Gerasimov. And on the other, a “war party” led by Chechen leader Ramzan Kadyrov and Wagner Group founder Mr Prigozhin.

Many commentators suggest that since the launch of Russia’s troubled military campaign in Ukraine, there has been a power struggle in the Kremlin.

While Mr Putin has avoided visiting the frontline since war broke out, Mr Prigozhin made a visit to the frontline near Bakhmut to meet Wagner troops, releasing videos on social media of him doing so.

Mr Prigozhin is an open supporter of Mr Surovikin, and commentators, such as Rob Lee, a senior fellow at the Foreign Policy Research Institute, explained on social media that Mr Surovikin’s replacement could partially be a response to “Wagner’s increasingly influential and public role in the war”.

Mr Lee added that the change of leadership means Mr Gerasimov can now “put out videos showing him doing the same and taking charge when the frontline has stabilised”.