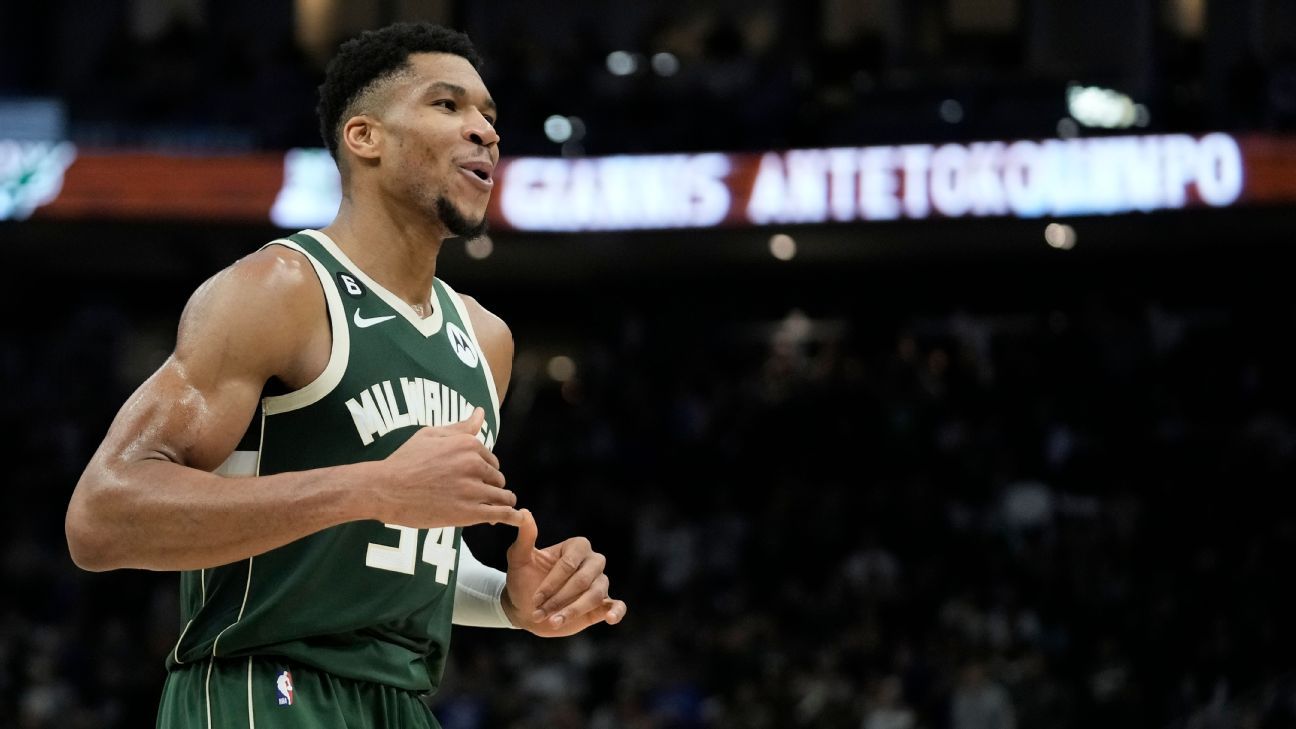 MILWAUKEE — Giannis Antetokounmpo says he wants to produce with so much consistency that it causes boredom.

That’s the only respect in which the two-time MVP has fallen shortly lately.

Antetokounmpo scored a career-high 55 points with a series of thrilling dunks and drives as the Milwaukee Bucks beat Washington 123-113 on Tuesday night, snapping the Wizards’ five-game winning streak. The spectacular forward also had 10 rebounds and seven assists to continue arguably the best stretch of his career.

“I want to get in a position … that my game is boring,” Antetokounmpo said. “I just do what I do and people don’t talk about it because it becomes boring — I do it every single night. That’s what I want to do. I want other people to feel like my game is boring. But I don’t get bored. The greats — the best players — never get bored. They go out there and they always give their best any given night.”

Antetokounmpo has collected at least 40 points, 10 rebounds and 5 assists in each of the past three games he has played. The two-time MVP sat out a 118-95 loss to the Wizards on Sunday because of a sore left knee.

The only other players in NBA history to have three straight performances of 40 points, 10 rebounds and 5 assists are Elgin Baylor in 1961 and 1963, Wilt Chamberlain in 1963 and Russell Westbrook in 2016.

The only other Bucks to score at least 40 points in three straight appearances are Flynn Robinson in February 1969 and Kareem Abdul-Jabbar in February 1972.

“He’s been kind of playing with this kind of determination, this kind of just willing us in games,” Bucks coach Mike Budenholzer said. “Tonight we were able to win it. He’s just been phenomenal.”

Bucks center Brook Lopez is in his fifth season of playing alongside Antetokounmpo. The 7-footer couldn’t recall a regular-season stretch in which Antetokounmpo has played better than this.

“He’s just constantly improving,” said Lopez, who had 21 points and 12 rebounds. “When you think where else can he go and how else can he improve, he just improves again. We’re going to have to expand the English language in some way to come up with words [to describe him]. I don’t know if I’ve said that before, but I’m sure he’s going to improve again. Who knows what he’s going to do next. He’s just so otherworldly.”

Antetokounmpo’s previous career high was a 52-point effort against the Philadelphia 76ers on March 17, 2019. He just missed the single-game franchise scoring record owned by Michael Redd, who had 57 points against the Utah Jazz in November 2006.

Washington’s Bradley Beal returned after missing three games with a sore left hamstring, but he played just 13 minutes. Beal scored eight points before the hamstring issue prevented him from playing at all in the second half.

“Same area,” Wizards coach Wes Unseld Jr. said. “We just have to get it evaluated.”

Flybe: Will I get a refund for my flight?
The moment Zelenskyy hears about tank delivery
Samsung launches new Galaxy S23 smartphone lineup with improved camera, gaming capabilities
Trump stops to retrieve Marine’s hat
Toyota is the latest car company to jump on the electric bike bandwagon