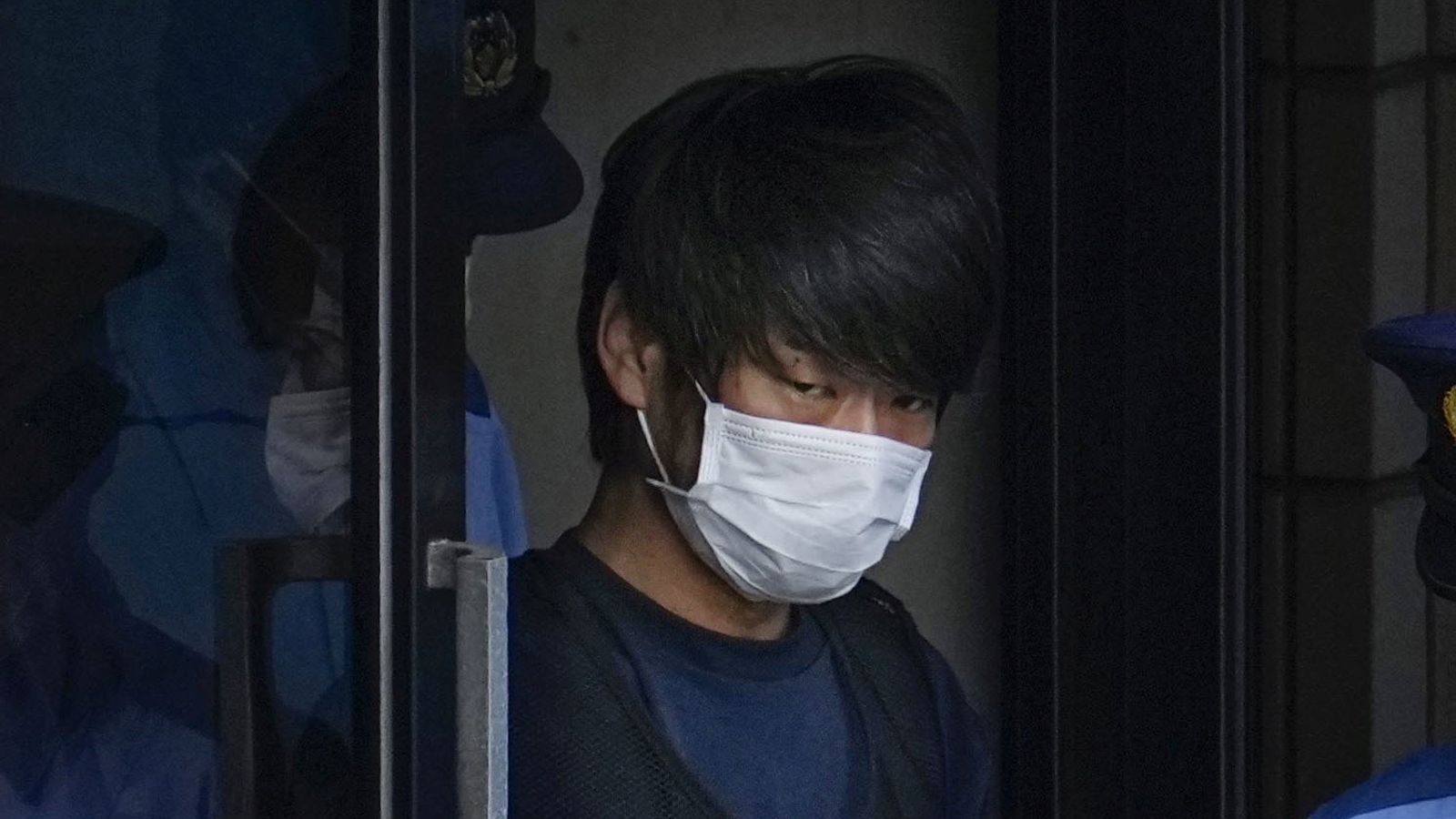 Prosecutors said Yamagami showed he is fit to stand trial after a six-month medical examination. He is now back in police custody.

Japan’s longest-serving leader died after being shot at close range while making a campaign speech outside a train station in the western city of Nara on 8 July last year.

Yamagami was arrested at the scene and underwent months of psychiatric examination.

Mr Abe, 67, suffered two deep neck wounds and was airlifted to hospital. He was pronounced dead five-and-a-half hours after the shooting.

Police said the gunman had admitted to shooting Mr Abe with a handmade firearm he had fashioned out of metal and wood.

The death of the former leader of Japan’s ruling Liberal Democratic Party sent shockwaves throughout Japan – a country which has tightly controlled gun laws.

Following his death, police admitted to security failings and Japan’s police chief said he would stand down.

A state funeral was held for Mr Abe last September and leaders from around the world were among over 4,000 people who attended.

Mr Abe’s death marked the first killing of a sitting or former Japanese leader since a 1936 coup attempt, when several figures, including two ex-premiers, were assassinated.

The former prime minister was known for his ‘Abenomics’ economic policy of aggressive monetary easing and fiscal spending, and was admired by many on the right in Japan.

However, critics dubbed his policies as pro-war, noting his consistent efforts to raise defence spending.