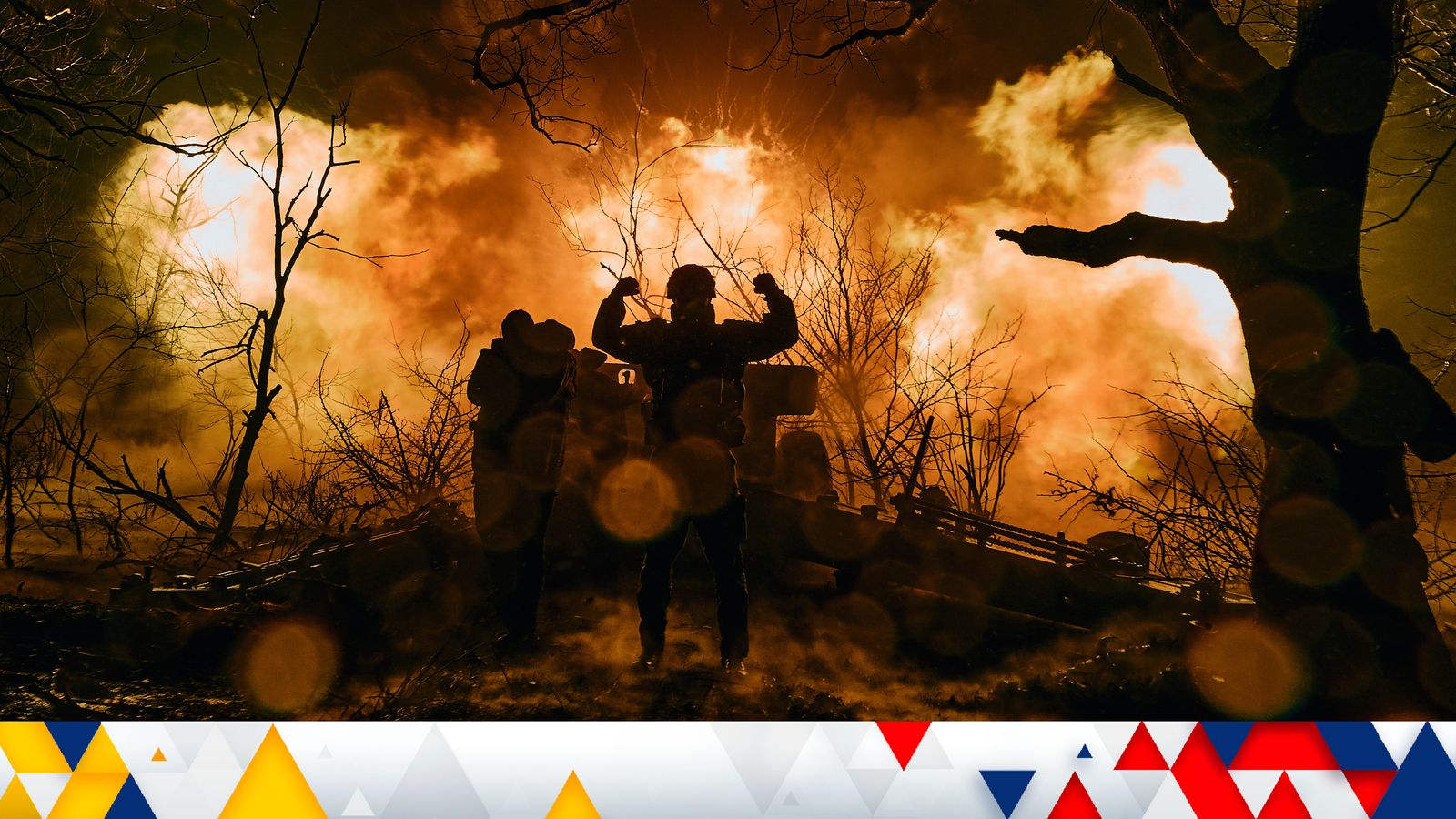 The landscape around the Ukrainian stronghold of Bakhmut has come to resemble a First World War battlefield, the ground carved up by artillery and cut with networks of trenches.

For months, Russian forces including Wagner Group mercenaries have relentlessly attacked the city as they pursue full control of the Donbas region, but to no avail.

As Volodymyr Zelenskyy told a packed out US congress last month: “They have been attacking it day and night, but Bakhmut stands.”

On Tuesday, the Wagner Group’s Yevgeny Prigozhin’s discussion of struggles to break through Ukrainian lines around the city were shared by state media.

He said there were “500 lines of defence” and that every house was a “fortress”.

So why is Bakhmut so important to Russia?

“Bakhmut is not a significant military target”, he says.

But set in the context of the wider Russian effort to capture all of the Donbas, Bakhmut is part of a pocket of territory still controlled by Ukrainian forces that has been a “thorn in the side of Putin”, Mr Bell added.

The UK’s Ministry of Defence says capturing the city would have “limited operational value” to Moscow, though it added it would “potentially allow Russia to threaten the larger urban areas of Kramatorsk and Sloviansk”.

On Tuesday, the department said that it is “unlikely” that Kremlin forces will achieve a significant breakthrough near Bakhmut in the coming weeks.

What are Yevgeny Prigozhin and Wagner doing at Bakhmut?

Much of Moscow’s offensives around the city are manned by Wagner Group mercenaries, including huge numbers of convicts who have been taken from Russian prisons.

After effectively telling Vladimir Putin that Wagner could prevail at Bakhmut where the Russian army could not – and then failing to take the city – Mr Prigozhin has begun blaming Russia for the lack of progress, Mr Bell says.

“He’s not a military expert. So Bakhmut suddenly becomes not about the military significance, it’s all about the political significance and Putin telling him and the battle between them about power and legacy.

“So I suspect that’s why Bakhmut has become this sort of iconic moment in the war when from a military perspective it’s very hard to understand how it how it got there.”

Another feature of the battle for Bakhmut, Mr Bell says, is the difference in styles of warfare between the Ukrainians and the Russians.

“Russia has simply got untrained conscripts, “here’s a gun, fire it”.

“And what we’re seeing on the battlefield – and Bakhmut’s a really good example – is Russia have levelled it by doing loads and loads of carpet bombing.

He likened Russia’s strategy to a war of attrition like those seen in the two world wars, whereas Ukraine has been using modern joined-up military thinking.

“It feels like a clash of cultures where the Russians’ only experience is fighting 20th century warfare, whereas the Ukrainians are fighting using Western technology in 21st century warfare,” he added.