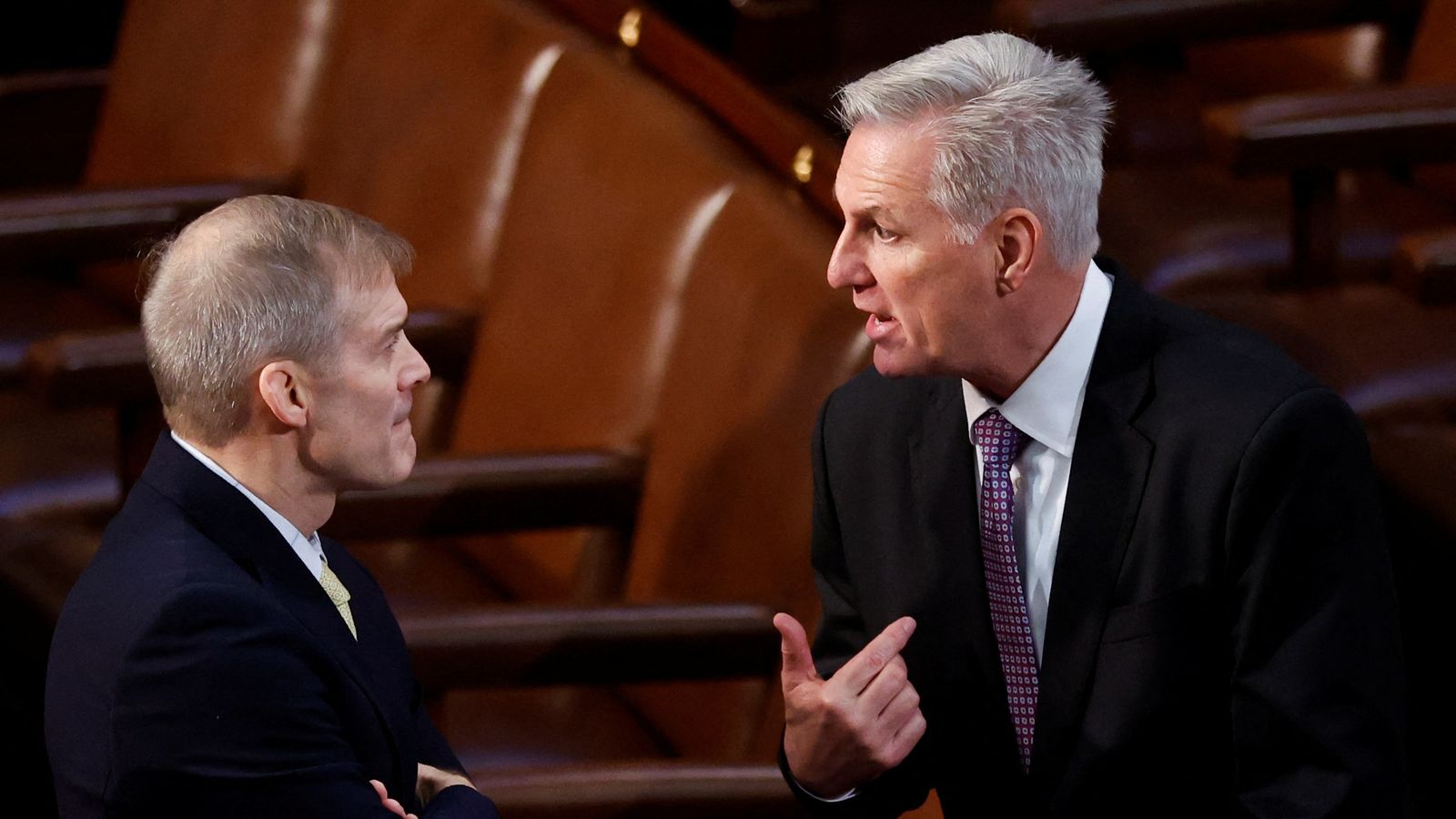 The US House of Representatives has adjourned after six votes over two days failed to produce a new speaker.

The lower house must elect a new leader after the Republicans took control of it in the midterm elections in November, securing a slim 222-212 majority.

In a second day of voting on Wednesday, representatives failed to back Republican Kevin McCarthy as Democrat Nancy Pelosi’s replacement.

Lawmakers voted to go home for the evening and try again at 12pm (5pm GMT) on Thursday.

The stalemate has raised questions about Republicans’ ability to govern over the coming two years as they stumbled over what is usually a routine vote at the outset of a legislative session.

House members must first name a leader before swearing in individual members and taking up legislative business.

Mr McCarthy, from California, has served as the top House Republican since 2019 and led his party’s successful effort to win control of the chamber in the 2022 midterm elections.

Despite a call for unity from Donald Trump, the former president, about 20 Republicans on the party’s right refused to support Mr McCarthy for ideological reasons.

Mr McCarthy secured only 201 of the 218 votes needed, while 20 Republicans voted for Byron Donalds, who was first elected in 2020.

“To all Americans watching right now, we hear you. And we will get through this – no matter how messy,” she added.

The last time the House failed to elect a speaker on the first ballot was a century ago, in 1923.

President Biden said the “rest of the world is looking” at events on Capitol Hill.

Read more:
Why the Republicans are struggling to pick a new speaker

Mr Donalds told Fox News the “path is very difficult right now for Kevin”, but Mr McCarthy told reporters the “conversation will continue” and “we’ll get there”.

In further comments, Mr Donalds said: “This is actually an invigorating day for America. There’s a lot of members in the chamber who want to have serious conversations about how we can bring this all to a close and elect a speaker.”

There are predictions the leadership race could last for weeks.

“It’s worth taking a few days or a few weeks to get the best possible speaker,” said Republican Representative Bob Good.