Princess Diana’s former protection officer has said that he thinks Prince Harry has a “revenge issue” with the royal family and that she would have told him publishing the memoir ‘isn’t a good idea’.

Ken Wharfe, who was Diana’s personal protection officer from 1988 to 1993, told Sky News he felt that the Duke of Sussex’s memoir, Spare, has all but ruined any chance of a reconciliation with the rest of the royal family.

The former policeman said that Harry was always aware that he would come behind his brother from when they were young, recalling an argument between the pair when they were both boys.

He said: “There was this extraordinary conversation that I remember on a journey to Highgrove one weekend, when Harry would have been about 6 or 7, and an argument between the princes in the back seat was being refereed by the nanny while Diana was driving.

“Harry lent across to William and said, ‘It’s alright for you, you’ll be king one day and I won’t, therefore I can do what I want.’

“That was 30 years ago and that is exactly what he is doing now. In a way, given the circumstances and the fallout around his wedding in 2017 there’s a revenge issue here really. He is, in his view, trying to set the record straight.

“I find that rather sad because I think that, deep down, he didn’t really want to leave the royal family and live in America. But I think any chance of coming back to the UK as an operational member of the royal family has long gone.”

Mr Wharfe went on to say that he believed Harry’s decision to write the book was a “mistake” and that, had his mother been alive today, she would have advised him against writing it.

He added: “I think one thing Harry has lacked is someone to give him advice, he’s very much on his own out there.

“Diana would have understood completely the reasons why he moved to America and may well have even encouraged him.

“But as far as the book and the interview is concerned, she would have realised that it was a mistake. I think she would have been wise enough from her own experiences to say, ‘look, Harry, I love you, but this isn’t a good idea,’ and he would have listened to that.

“I won’t say he was a mummy’s boy, but he always listened to what Diana had to say.”

Away from the family drama, Harry’s claim about his time in the military and how he killed 25 Taliban fighters has drawn criticism from former soldiers. 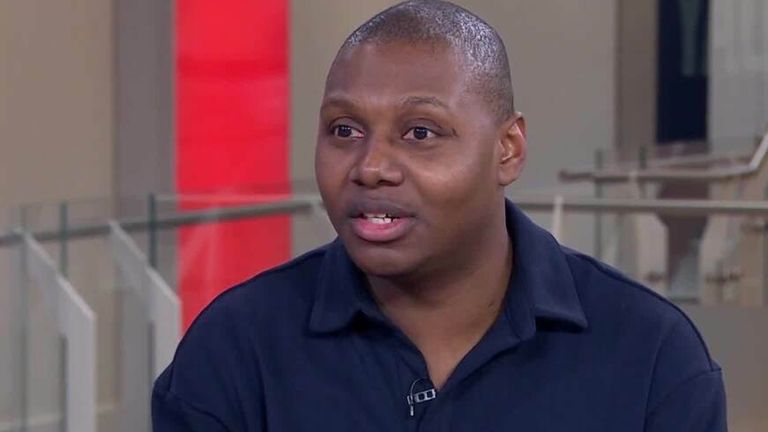 Ben McBean, who served with Harry in Afghanistan, described the prince as a “top class dude” but added that he “didn’t think it was wise” for him to have said how many people he killed.

Speaking to Sky News, he said: “That’s probably what happened, but it wasn’t wise for him to say it out loud because he’s already got a target on his back, more so than anyone else, and it’s probably a bit bigger now.

“He’s potentially caused security risks for him, for his family, which is the last thing he needs.”

Read more:
How did William and Harry’s relationship break down?
Analysis: Harry cuts a sad, self-indulgent and naive figure in his memoir
Harry says ‘ball is in their court’ for family reconciliation

Harry’s book includes an explosive claim he was physically attacked by his brother William during a row over his marriage to Meghan Markle.

He also writes about the moment he was woken up by his father to be told his mother had been in a car accident.

The duke also admits to having taken cocaine and says he had asked his father not to marry Camilla.

In a new trailer for an interview with ITV to promote the book, the duke says he saw a “red mist” in William during an argument between them.

He claims his brother “wanted me to hit him back, but I chose not to”.

Households cutting energy usage to avoid blackouts ‘likely how we’ll all operate in future’
Tiny, radioactive capsule went missing. See where it was found
Retired general explains why tanks are so significant on the battlefield
It is as though ‘she vanished into thin air’: Nicola Bulley’s partner says
Minnesota just passed a 100% clean energy bill – here’s what’s in it