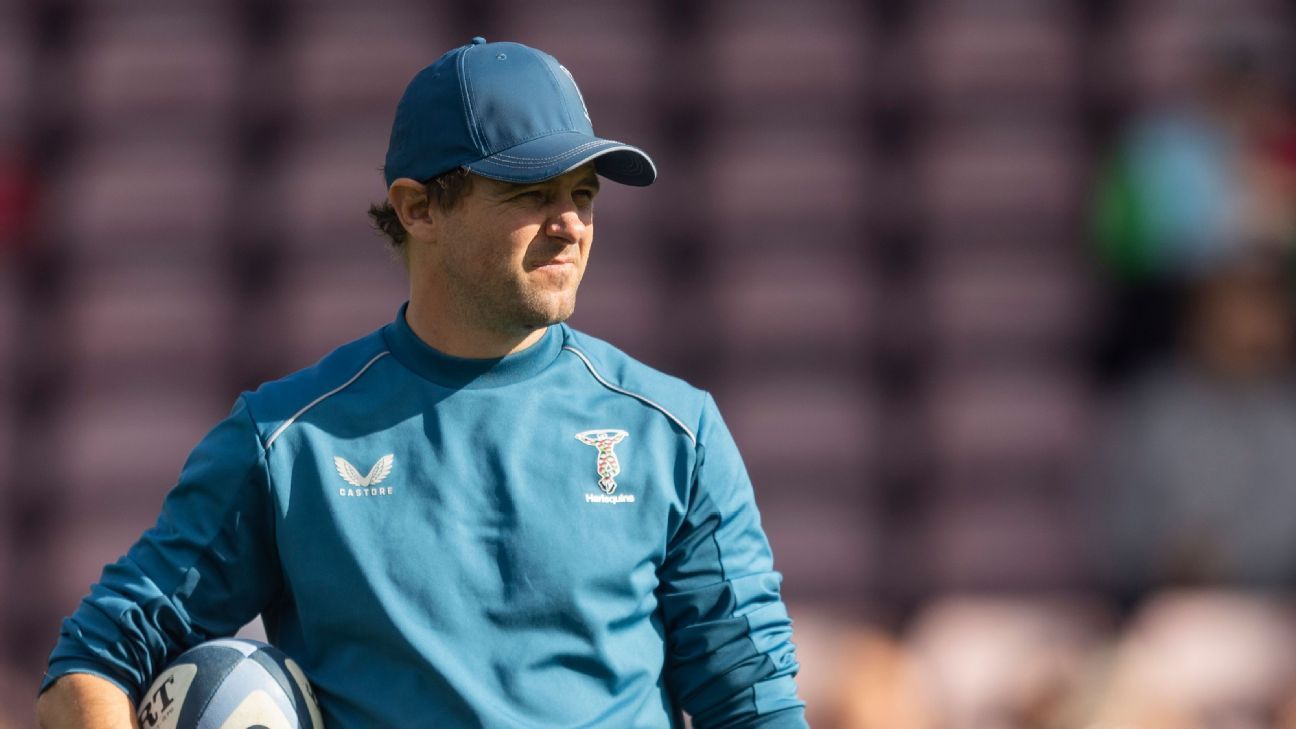 Harlequins coach Nick Evans has joined England’s coaching ranks and is scheduled to work under Steve Borthwick only for the duration of the Six Nations championship, the RFU said on Friday.

Former All Black fly-half Evans will work as attack coach during the tournament, with England kicking off at home to Scotland on Feb. 4. Current attack coach Martin Gleeson will continue in his role.

Borthwick took over from Eddie Jones at the end of last year and has already made a series of changes to the coaching set-up, including bringing in defensive coach Kevin Sinfield and releasing forwards coach Matt Proudfoot.

The highly-respected Evans played 16 tests for New Zealand and played Super Rugby for the Highlanders and the Blues. He joined Harlequins in 2008, representing them on 208 occasions, winning the European Challenge Cup in 2011 and the Premiership in 2012.

He retired from playing and moved into coaching in 2017, becoming Quins’ attack coach, helping the club win the Premiership again in 2021 with a high-octane brand of exciting rugby.

“Nick brings with him a wealth of different experiences as a player and coach, which will be incredibly valuable to the growth of our team,” Borthwick said in a statement.

“We aim to build an England team that our nation can be proud of, and I know that our supporters will be very excited by what Nick can bring to our side.

“We’d particularly like to thank Harlequins for their support in allowing Nick to work with us during this period. It’s a great example of club and country working together.”

In the Six Nations’ fallow weeks Evans will return to club duty part-time ahead of Quins’ matches against Gloucester and Exeter then return to the club full-time after the tournament.

Harlequins’ Director of Rugby Performance Billy Millard said: “This is an amazing opportunity for Nick, where he will learn and grow so much, which can only be good for the club. I am also confident he will provide Steve and the playing group with excellent support and direction through the 2023 Six Nations.”

‘No excuse for dodging scrutiny’: Labour demands report on levelling up progress
McIlroy vs. Reed in Dubai, Max Homa’s rise and more from the PGA Tour
Toyota is the latest car company to jump on the electric bike bandwagon
Future industrial action ‘will be even bigger’ if ministers do not act, union boss warns
Flybe: Will I get a refund for my flight?