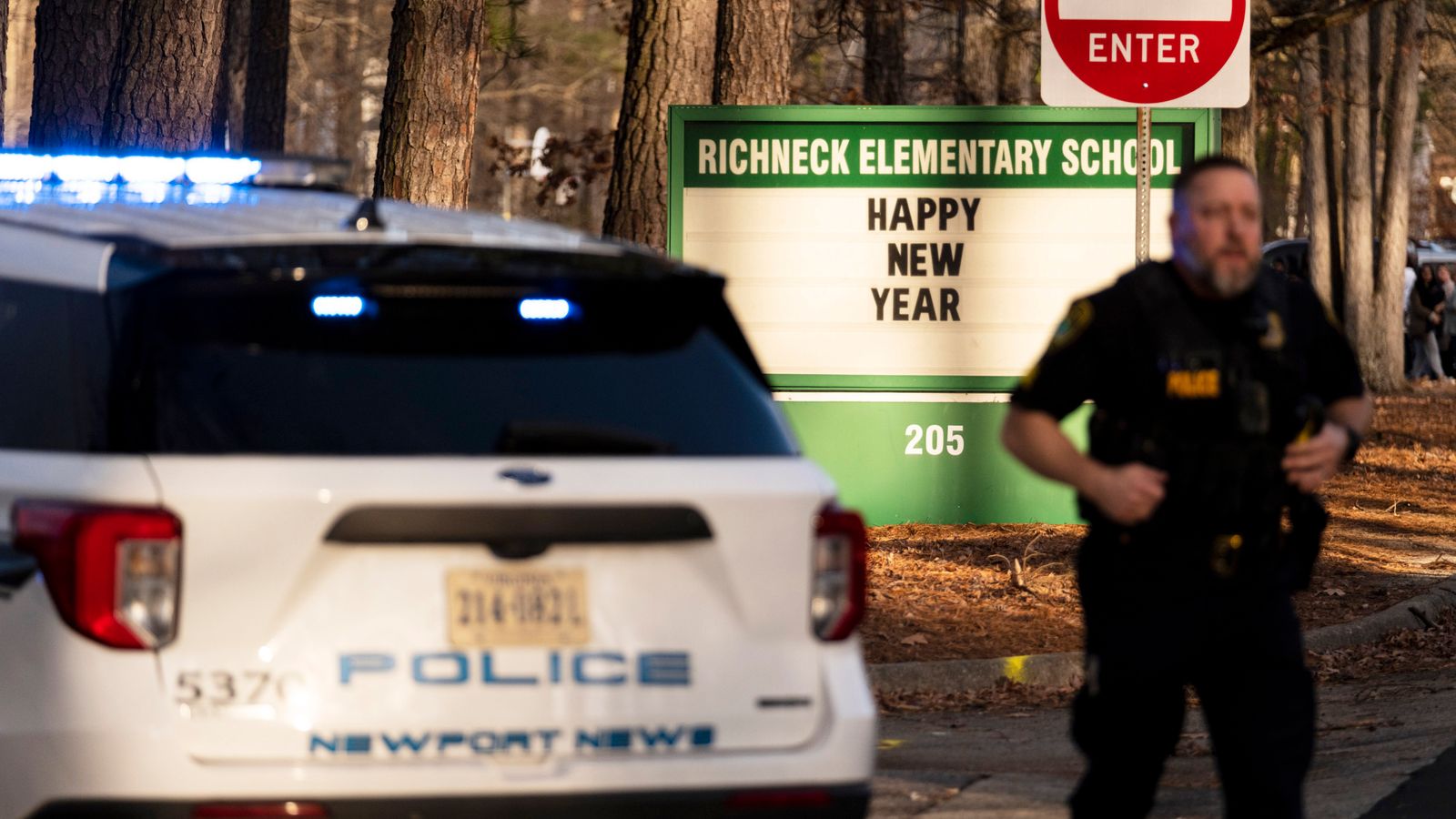 A six-year-old boy has left a teacher with life-threatening injuries after shooting her inside a classroom, US police have said.

No students or other members of staff were injured during the incident, which has been described by officials as “an altercation” and “not an accident”, at Richneck Elementary School in Virginia.

The wounded teacher, who is a woman in her 30s, has been taken to hospital, with Police Chief Steve Drew telling reporters she has started to show some improvement.

He added that the child was found with a handgun inside the classroom, and has been taken into custody.

“This was not an accidental shooting,” Mr Drew said, adding that he wants to know where the gun came from.

“We did not have a situation where someone was going around the school shooting,” he continued.

“We have a situation in one particular location where a gunshot was fired.”

Newport News Public Schools confirmed on Facebook that parents and students had been reunited at a gymnasium door, and officials have said there will be no classes on Monday.

Joselin Glover, whose nine-year-old son Carlos attends Richneck Elementary, said she got a text from the school stating that one person had been shot and another was in custody.

“My heart stopped,” she told The Virginian-Pilot newspaper.

“I was freaking out, very nervous. Just wondering if that one person was my son.”

Carlos, who is in fourth grade, was at recess at the time but he said he and his classmates were soon holed up in the back of a classroom.

“Most of the whole class was crying,” Carlos told the newspaper.

Schools superintendent George Parker said he was “shocked” and “disheartened” by the shooting and called for more to be done to stop children getting hold of firearms.

“We need to keep guns out of the hands of our young people,” he said.

Mr Parker explained that all school campuses are equipped for random metal detector searches, but they were not deployed at Richneck Elementary on Friday.

Newport News is a city of about 185,000 people in southeastern Virginia known for its shipyard, which builds the nation’s aircraft carriers and other US Navy vessels.

The school has about 550 students, according to the Virginia Department of Education’s website.