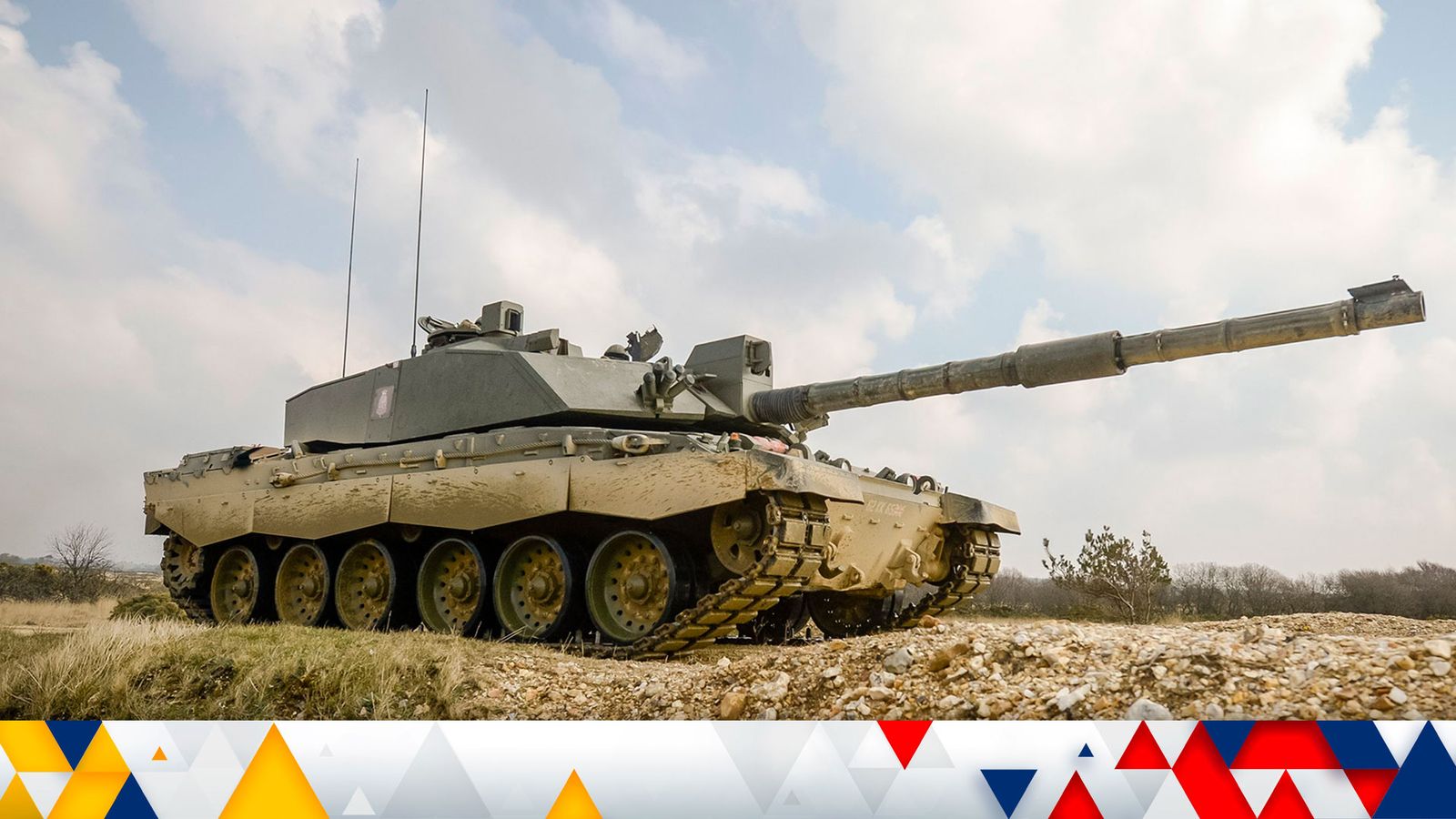 Discussions have been taking place “for a few weeks” about delivering a number of the British Army’s Challenger 2 main battle tank to the Ukrainian armed forces, a Western source with knowledge of the conversations said.

Such a move would mark a significant step-up in Western support to Ukraine and could help prompt other NATO allies, in particular Germany, to follow suit.

“It would encourage others to give tanks,” a Ukrainian source said.

No final decision has yet been made by Rishi Sunak’s government, but if the UK did sign off on such a delivery it would become the first nation to respond to pleas from Ukrainian leaders to equip their military with powerful Western tanks.

A US-led grouping of some 50 nations – including the UK – that is delivering military support to Ukraine is due to hold its next meeting on 20 January. Any announcements about new assistance, such as tanks, could be made to coincide with the Contact Group gathering.

One source suggested Britain might offer around 10 Challenger 2 tanks, enough to equip a squadron.

The source said this in itself would not be a “game changer” but it would still be hugely significant because the move would breach a barrier that has so far prevented allies from offering up Western tanks to Ukraine for fear of being seen as overly escalatory by Russia.

That could in turn prompt other allies to do the same, sources said.

“It will be a good precedent to demonstrate [to] others – to Germany first of all, with their Leopards… and Abrams from the United States,” the Ukrainian source said.

Read more:
Why is Bakhmut so important to Russia?
Putin’s ceasefire is useful for a different reason
CCTV shows moment Russian soldiers scour orphanage for children

Warsaw and Helsinki have already signalled a willingness to supply their Leopard tanks to Kyiv but this requires approval from Berlin because Germany holds the export licence.

Olaf Scholz, the German chancellor, has adopted a more cautious approach to equipping Ukraine with weapons than other countries such as the UK and the United States.

But he has slowly been ramping up his country’s assistance.

Last week, Berlin and Washington said in a joint statement that they would supply Ukraine with armoured combat vehicles in an important policy shift. For Germany, this means the Marder infantry fighting vehicle. For the US, it comprises the Bradley Fighting Vehicle.

Over the weekend, the economy minister said that Berlin cannot rule out the delivery of Leopard tanks, which are heavier fighting vehicles than the Marder. But a German government spokesperson on Monday said it has no plans to send tanks.

The UK’s Ministry of Defence would neither confirm nor deny that the British government was considering supplying Ukraine with tanks.

A spokesperson said: “The government has committed to match or exceed last year’s funding for military aid to Ukraine in 2023, and we will continue to build on recent donations with training and further gifting of equipment.

“We have provided over 200 armoured vehicles to Ukraine to date – including Stormer vehicles armed with Starstreak missiles.

“We have also donated tens of thousands of items including helmets and body armour, mobility and logistics vehicles, anti-tank weapons, air defence missiles and systems, winter and medical equipment.”

Last year, the UK sent 14 Challenger 2 tanks to Poland as part of a deal to help Ukraine by freeing up capacity for Warsaw to supply its Soviet-era T-72 tanks to Kyiv.

A squadron of Challenger tanks is in Estonia as part of a NATO mission in eastern Europe to deter Russian aggression. The Challenger 2 has previously been deployed in Bosnia and during the 2003 Iraq war.

Colonel Hamish de Bretton Gordon, a former commander of 1st Royal Tank Regiment, said the introduction of Western tanks could “tip the balance” on the battlefield in Ukraine’s favour.

“Strategically this sends a very firm message to [Russian President Vladimir] Putin that nothing is off the table,” he said.

“Challenger 2 and Leopard II are modern tanks. They are much better protected, more reliable, quicker,” he added.

By contrast, Ukraine’s military is operating Soviet-era tanks like the T-72, including some that have already been supplied by partners that also use them.

Russia’s military has also largely been relying on tanks manufactured during the Cold War.

The UK’s Challenger tanks – while modern by comparison – were last updated in the 1990s and are themselves in the process of being upgraded again. Ukrainian soldiers would need to be trained up on how to operate and maintain them.

Russia said on Monday that new deliveries of Western weapons to Kyiv would “deepen the suffering of the Ukrainian people” and would not change the course of the conflict.