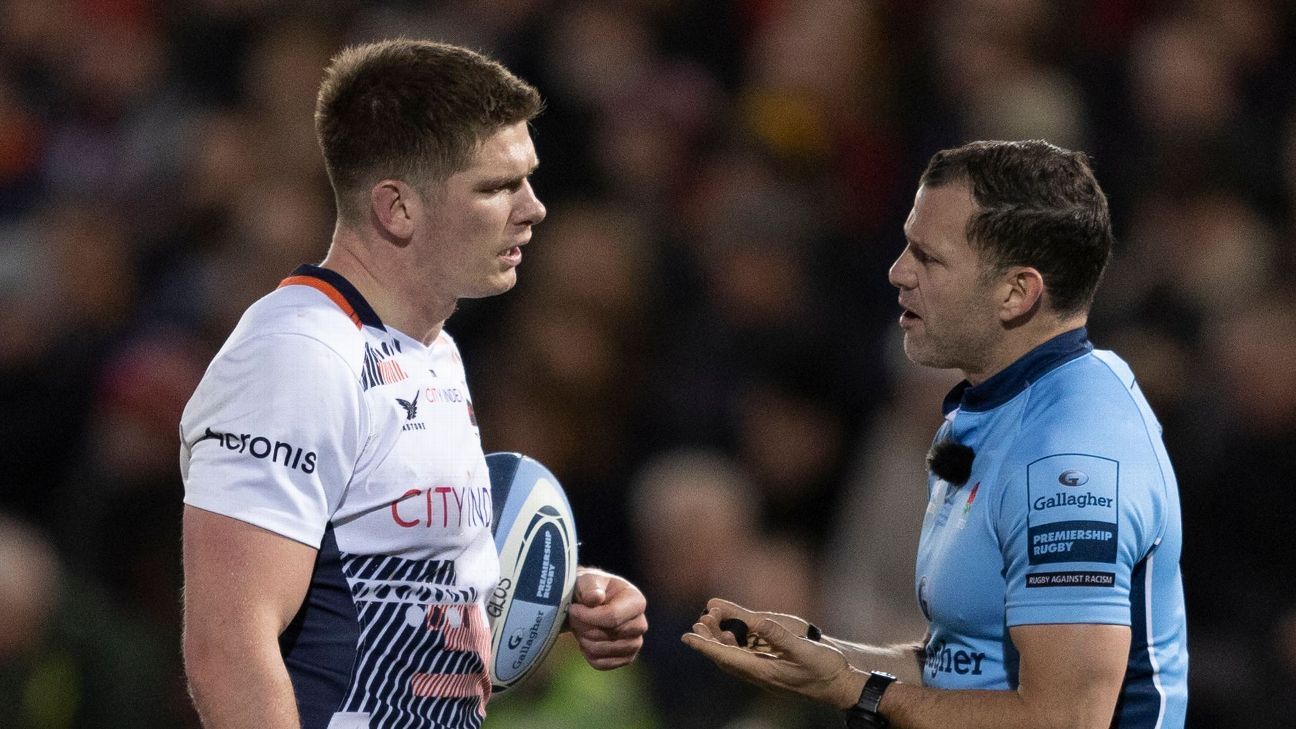 England’s Owen Farrell looks set to be available for the opening match of the 2023 Six Nations despite being handed a four-week suspension for a dangerous tackle.

Farrell is set to be a key part of England’s charge in the championship under new coach Steve Borthwick, but was a doubt for their opener on Feb. 4 against Scotland after facing an RFU disciplinary.

Farrell, 31, was cited for making contact with Gloucester player Jack Clement’s head in Saracens’ 19-16 win on Friday evening. The incident was missed during the game by referee Karl Dickson, and Farrell went on to kick the match-winning drop-goal late on.

The panel announced its decision on Wednesday and deemed it a mid-range, red card offence and handed Farrell a six-week suspension. This was then reduced to four weeks on account of Farrell’s “behaviour following the incident, during the hearing and leading up to the hearing.” This can be further reduced to three weeks if Farrell completes the “World Rugby Coaching Intervention Programme.”

That means as things stand Farrell will definitely miss Saracens’ next three matches against Lyon, Edinburgh and Bristol. If Farrell does not undergo the “World Rugby Coaching Intervention Programme” the RFU says he would then be absent from Saracens’ next match on Feb. 19 against Leicester Tigers.

As things stand, the RFU is applying this four-week (effectively four-match) suspension to “known matches as they stand.” This does not take into account England’s opening Six Nations match against Scotland on Feb. 4 as the squad has not yet been named and therefore Farrell’s involvement is not guaranteed. It remains ambiguous as to whether the list of matches which Farrell would be suspended for (if he does not take the required programme and his ban remains at four weeks) would be revised if it becomes clear he would feature for England against Scotland.

“Having indicated the period of suspension we considered appropriate, the panel was provided with details of the player’s forthcoming fixtures,” the RFU judgement said.

“The panel was informed that no announcement has yet been made as to the England squad for the forthcoming Six Nations fixtures. Both parties submitted, and the panel agrees, that RFU Regulation 19.11.15 applies and the question as to whether forthcoming fixtures are meaningful can only be judged on the best information available at the time of the decision.

“As the player is currently eligible for selection in the Saracens games on the 14 January against Lyon, on the 22 January against Edinburgh and on the 28 January against Bristol Bears, the panel finds that those fixtures are meaningful. The player indicated the fourth match to be included (should the payer not complete the World Rugby Coaching Intervention) will be the 19 February against Leicester Tigers.

“Should those games be cancelled or rearranged, or should there be a change of circumstances, then it will be the responsibility of the parties to consider the position and to ensure that the sanction imposed by this panel remains meaningful. If necessary, the player’s free to play date will be amended to ensure the sanction remains meaningful. That responsibility was made clear to the parties during the hearing.”

This is not the first time Farrell has been in the spotlight for his tackling technique. He was handed a five-week suspension in 2020 for an illegal hit on Charlie Atkinson in a Saracens-Wasps match. His technique was also questioned by the Springboks and Wallabies after two hits during the 2018 autumn series. John Mitchell, then England defence coach, later said at the 2019 World Cup, Farrell had made “some [tackling] adjustments based on last autumn.”

The news will come as a welcome boost for Borthwick with the new England coach already dealing with a growing list of absentees. Exeter hooker Luke Cowan-Dickie is set to miss the majority of the championship as he requires surgery on an ankle injury picked up at the weekend.

England are also waiting on the fitness of their other premier fly-halves. George Ford is set to make his comeback from injury for Sale against Bath on Jan. 27 having missed the last seven months with a ruptured Achilles. Marcus Smith injured his ankle in England’s final match of the autumn series against South Africa in November, and is expected back within the next fortnight for Harlequins. But both will head into the Six Nations short of match action.