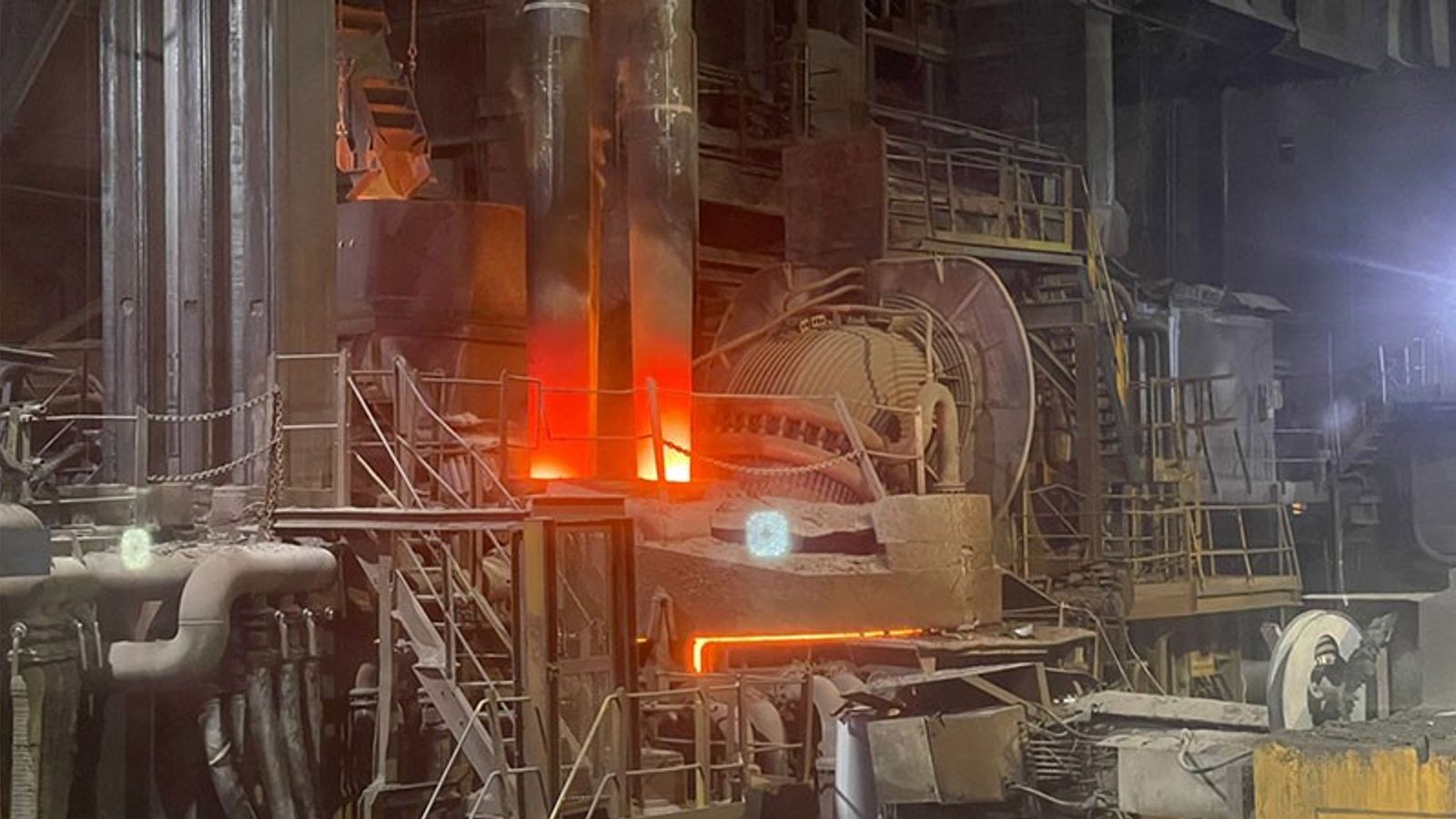 Liberty Steel UK has placed 440 jobs under threat through a series of actions to secure its future amid “unviable” market conditions.

The company said high energy costs had combined with other uncompetitive factors such as cheap imports and it was vital its operations were “refocused”.

Liberty, part of Sanjeev Gupta’s GFG Alliance, said its Newport and West Bromwich plants would be made idle under the changes.

They would also include operations at Rotherham being shifted towards premium products.

Liberty, which has been battling financing headwinds since the collapse of its biggest lender Greensill Capital in 2021, said the next phase of its restructuring programme would see workers affected offered an alternative to redundancy.

Liberty said they could be redeployed within the business, on previous employment terms, when market conditions allowed.

Its statement said: “Despite the injection of £200m of shareholder capital over the last two years, the production of some commodity grade products at Rotherham and downstream mills has become unviable in the short term due to high energy costs and imports from countries without the same environmental standards.

The company said the measures would forge a “viable way forward” for the business and help safeguard jobs among its wider workforce of 1,900 permanent employees, rising up to 5,000 when contractors are included.

It made the announcement despite the promise of extra financial help for energy intensive industries, including steel, through a new discount scheme for businesses.

He added: “Liberty’s shareholder Sanjeev Gupta has supported the business through a very difficult period and remains committed to the workforce here in the UK and ensuring our lower carbon operations help deliver a sustainable, decarbonised UK steel industry.”

‘Change in plans is devastating’

Alun Davies, national officer of steelworkers union Community, responded: “Since the collapse of Greensill Capital, the trade unions have supported the company because we believed that delivering the company’s business plans, which were audited and backed by the unions’ independent experts, was the best route to safeguard jobs and the future of all the businesses.

“However, the plans we reviewed were based on substantial investment and ramping up production, including at Liberty Steel Newport, and did not include the ‘idling’ of any sites.

“These are challenging times for all steelmakers but the company’s decision to change their plans, on which we based our support, and announce a strategy seemingly based on capacity cuts and redundancies is devastating.”

The government pledged continued support for the sector in its response, but Gareth Stace, head of industry body UK Steel, said: “High energy prices have played an important role in the decisions announced today, with long-standing uncompetitive electricity prices having constrained UK investment and steel production for some time.

“This highlights again the need for government to fully address the UK’s structurally high industrial energy prices, looking beyond the important announcements made regarding the energy bills discount scheme earlier this week.

“It is crucial we also now see the development of a long-term decarbonisation plan for the sector, ultimately ensuring that the UK can be seen as an attractive place to invest in steel production.”

Downing Street said reports of potential job losses at the firm were “concerning” but that ministers would continue to offer “extensive support” to the sector.

The Prime Minister’s official spokesman said: “Obviously it will be concerning for workers at Liberty Steel. We are committed to ensuring a sustainable future for the UK steel sector. We want to work closely with the industry to achieve this.”