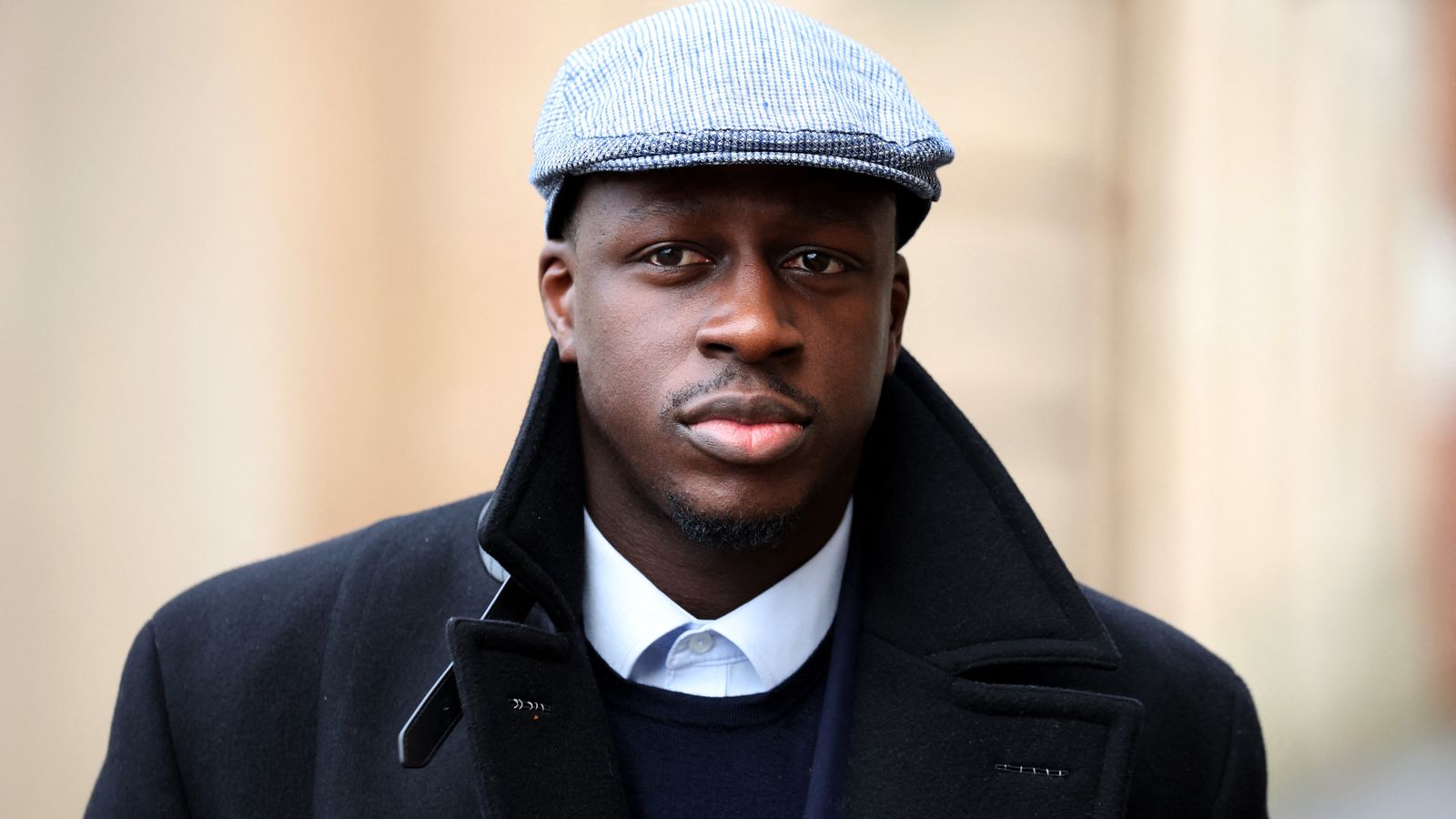 Footballer Benjamin Mendy has been found not guilty of six counts of rape and one charge of sexual assault against five women.

The jury has been discharged after it failed to reach a verdict on two further charges and he will be retried on these in the summer.

Jurors were unable to reach verdicts on six more charges against him.

The trial began in August after 13 women made allegations against the pair.

Mendy will face a retrial in June over the two charges – alleged rape and attempted rape – that the jury could not decide on.

The 28-year-old covered his face with both hands and gently rocked back and forth as the jury foreman read the unanimous verdicts.

They were delivered on Wednesday but could not be reported until the jury finished considering the remaining two charges.

On Friday, the judge asked if the jury would reach verdicts if they had more time. However, the foreman replied: “No. We are at a point now where we can’t agree.”

Mendy was accused of being a “predator” who turned the pursuit of women for sex into a game, but both men denied the charges and said all the sexual activity was consensual.

Manchester City said in a statement that it “notes the verdict from Chester Crown Court” but that it was not in a position to comment as Mendy’s case remained open.

Inside the conclave: How it works
Blinken says US opposes anything that puts two-state solution ‘further from reach’ after violence in Jerusalem
Four-year-old girl dies after dog attack in Milton Keynes
From Slam Diego to the Oakland Zzzz’s: Way-too-early 2023 MLB lineup rankings
Buffy star shares what most scares her and how she moved on from ‘toxic’ ’90s set