Attempts to settle public sector pay disputes have been undermined by “spiteful” anti-strike legislation tabled by the government this week, the UK’s senior union official has told Sky News.

Paul Nowak, general secretary of the Trades Union Congress (TUC), vowed to fight the proposed laws “tooth and nail”, and questioned whether ministers negotiating with public sector unions were acting in good faith.

Describing Jeremy Hunt as “missing in action”, the TUC boss called on the chancellor Jeremy Hunt and Rishi Sunak to provide the funding needed to unlock disputes.

Ministers say the legislation is intended to ensure a minimum level of public service during strike action, initially from paramedics, firefighters and on the railways, but unions say it is an attack on the fundamental right to strike.

The new legislation would give ministers wide discretionary power to define minimum service levels and leave workers who ignore orders to work during a strike vulnerable to dismissal.

“This legislation effectively takes away the right to strike from millions of public sector workers,” Mr Nowak said.

“It means that someone who votes for industrial action in a lawful industrial action ballot could be forced to work, and if they don’t work, can be sacked from their jobs. This is a government that appears to have moved from clapping nurses to sacking nurses.”

Mr Nowak said the tabling of the aggressive legislation as ministers invited health and teaching unions to talks raised doubts about the government’s sincerity.

“It’s really difficult to negotiate in good faith when you have a government that is intent on attacking trade union and hard-working NHS workers,” he said.

“The government has to make up its mind whether it is serious about solving the staffing crisis in the NHS or go back to a 1980s playbook of attacking workers and blaming union members.” 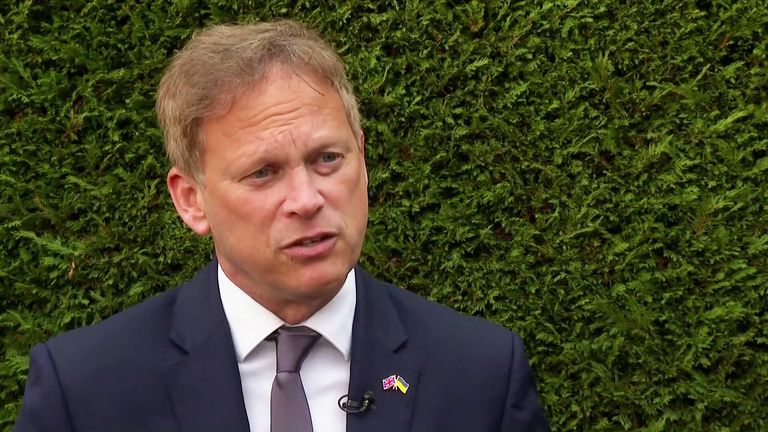 Talks have resumed this week between the RMT rail union and train operators over a new offer to staff, but negotiations with health unions appear to have stalled as the government insists it will not reopen talks over a pay settlement for 2022.

Mr Nowak called on Mr Sunak and Mr Hunt to provide the money required to settle the disputes.

“I think it is really important that the chancellor and the prime minister take some responsibility. Ultimately we are going to need some new money on the table to unlock these disputes,” he said.

“They can’t wash their hands of these problems. When you have 300,000 vacancies in the NHS and social care you are going to have to find the resources to fix those problems. I would call on the PM and the chancellor to get involved.

“Ultimately there has to be Treasury involvement in settling these disputes so we are still on the hunt for Hunt. The government has to come to the table and negotiate seriously and take away these regressive draconian legislative proposals.”

Ahead of a fresh round of strikes by nurses and civil servants in the coming week Mr Nowak said public support is still behind workers.

“Two thirds of the public hold the government responsible for this wave of industrial action,” he said.

“When it comes to a straight battle in the court of public opinion between [health secretary] Steve Barclay, Rishi Sunak and Jeremy Hunt and our nurses, our paramedics, our teachers and civil servants I think I know which side the British public is on.

“So I urge the government to listen to the public, listen to their own workforce, get round the table, resolve these disputes and put fair pay at the heart of it.

“I think the vast majority of the British people will see this for what it is, a fundamental attack on workers.”

Mortgage burdens head for their highest levels since the 80s
Who has the most talent in the minors? Ranking every MLB system from 1-30
PayPal to lay off 2,000 employees in coming weeks, about 7% of workforce
‘Designer dogs’ and animal abuse inquiry launched after pet ownership soared during pandemic
Tory chair Nadhim Zahawi sacked by Sunak after tax row