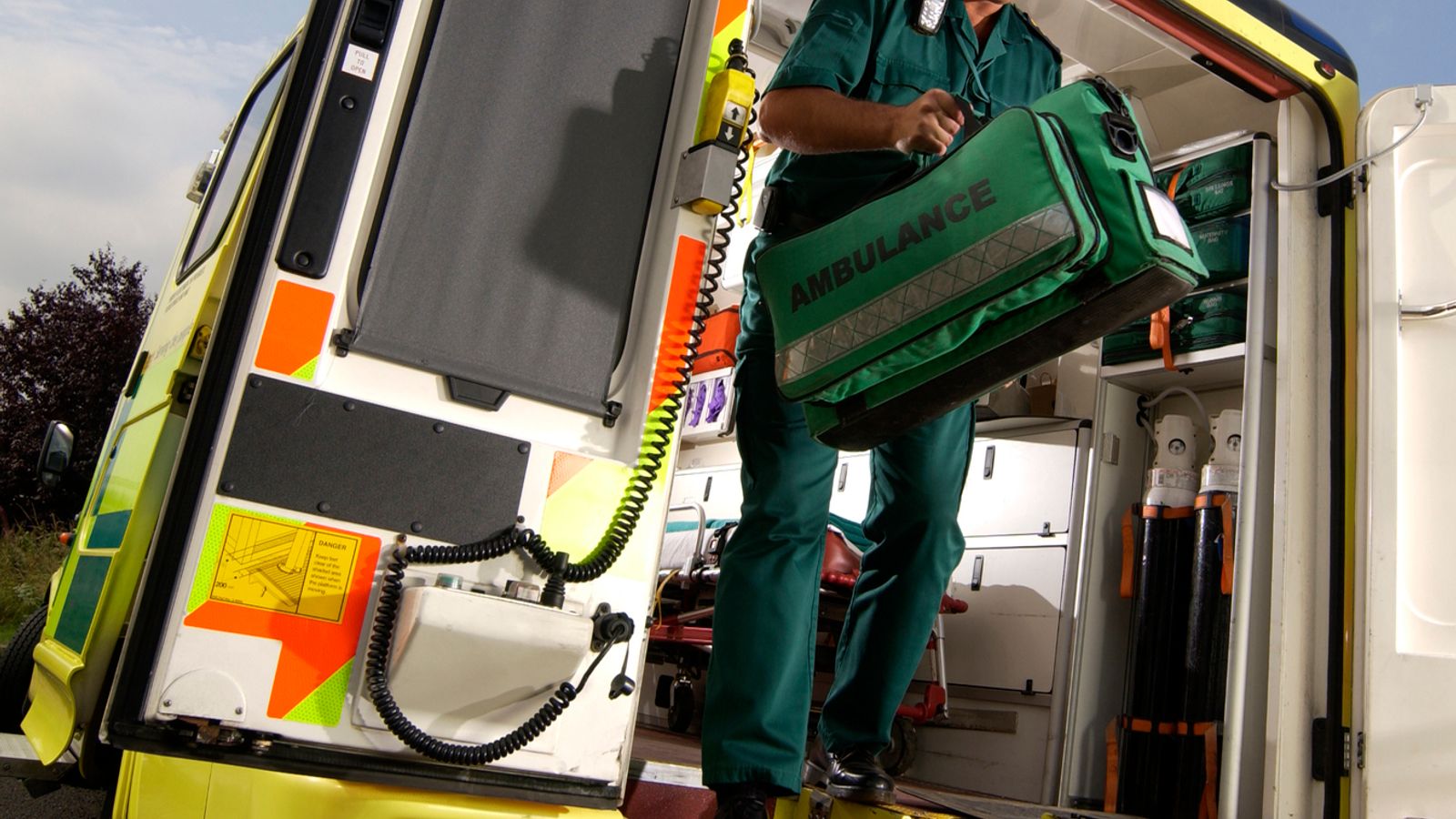 The health secretary claims the disparate level of emergency cover during recent ambulance strikes could not be “relied upon to ensure patient and public safety”.

In a letter to the GMB union sent ahead of further strikes this month, and seen by Sky News, Steve Barclay accepted all areas that staged walkouts ensured the most serious 999 calls were still answered.

But he said the lack of cover for category two calls – which includes strokes and chest pain – in some areas were “material to the risk to life of the strike action”.

Mr Barclay said the government “greatly values the vital work ambulance workers do”, but he criticised the “volatile” assurances given to him about cover by trade unions during December’s industrial action, claiming the “scope and extent of arrangements [was] being disputed right up to wire”.

While he believed in the right to strike and that “a certain amount of disruption is inherent” during walkouts, he said that “during recent action I have not been reassured that the current system of voluntary arrangements can be relied upon to ensure patient and public safety”.

His letter comes in response to an open letter from the GMB to Prime Minister Rishi Sunak on Saturday, where the union claimed ambulance staff felt “demonised” and appealed to the government to “stop attacking us”.

It also comes ahead of the government’s anti-strike legislation returning to the Commons on Monday, which will set minimum service levels for fire, ambulance and rail services for when the sectors decide to take action – and leave unions at risk of being sued if they fail to comply.

Read more:
Strikes this month – who is taking action and when
NHS waiting lists are a ‘national scandal’
Nursing union threatens biggest walkout to date

Mr Barclay strongly defended the new law in the letter, saying it would “introduce greater clarity and certainty around which services must continue and to what extent, to give the public much needed assurance that a certain level of urgent and time critical care will always continue throughout strike action”

The health secretary said the particular services that would be impacted by the legislation where chosen “chiefly because we recognise disruption to blue light services puts lives at immediate risk”, but he insisted it was “not ending anyone’s right to strike”.

But Labour has vowed to vote against the bill, with party leader Sir Keir Starmer urging the government to “do the grown-up thing, get in the room and negotiate” with the unions.

A spokesperson for the GMB said the union’s ambulance committee would discuss the letter from Mr Barclay at a meeting on Monday and consider their response.

If you are an NHS worker and would like to share your experiences with us anonymously, please email NHSstories@sky.uk