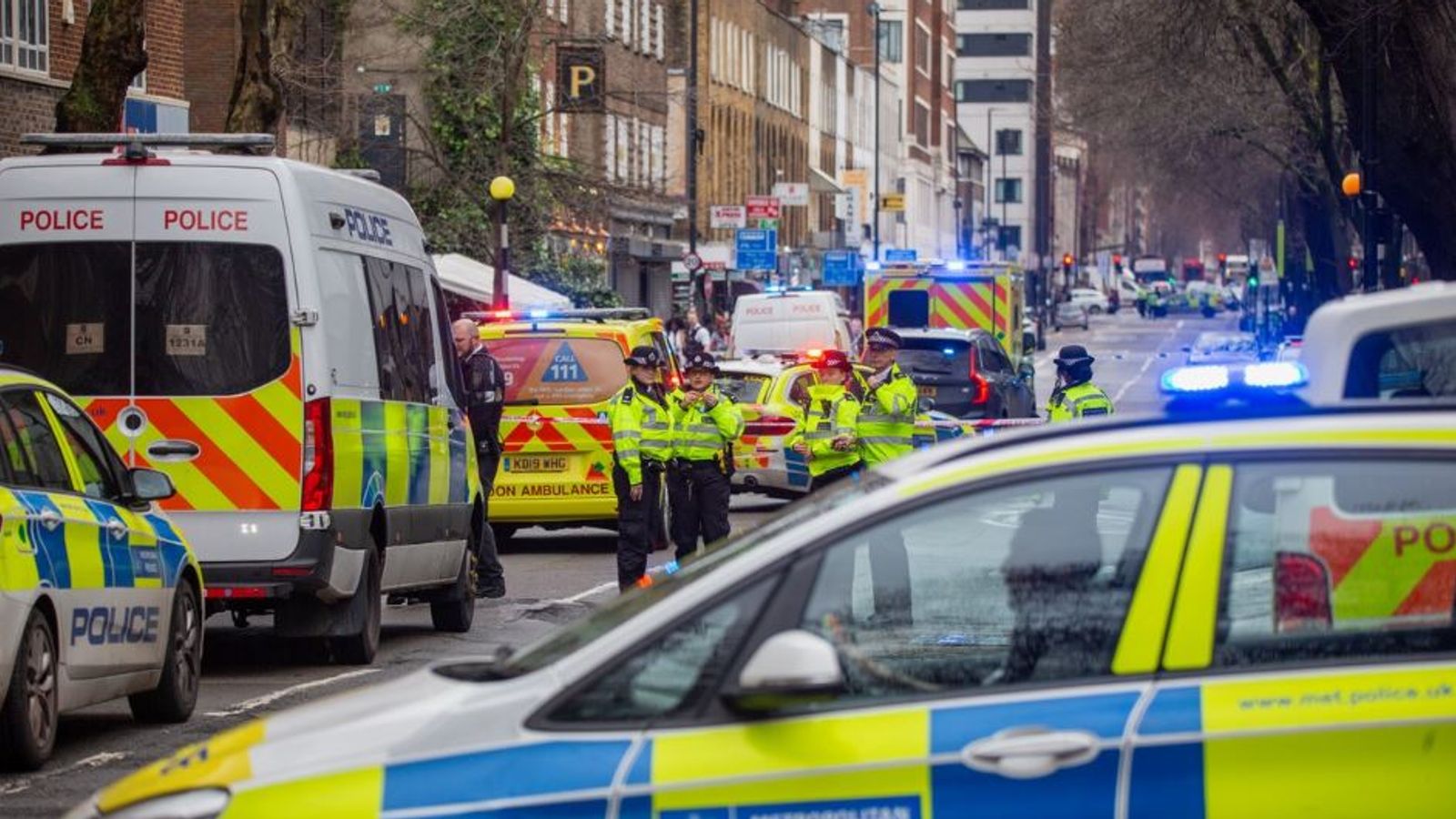 Suspects in a shooting outside a church in north London yesterday fired a shotgun from a moving car at the crowd of mourners, police investigating the attack have said.

Superintendent Jack Rowlands of the Metropolitan Police described the shooting on Saturday afternoon as a “senseless act of violence” and said officers were looking for a 2019 model black Toyota C-HR.

Several people were injured in the drive-by shooting after a memorial service for a young woman who died of cancer.

A seven-year-old girl is in a stable but life-threatening condition in hospital. A 48-year-old woman suffered potentially life-changing injuries.

The shooting happened as a requiem mass for 20-year-old Sara Sanchez and her mother, Fresia Calderon, who died within a month of one another in November, took place inside St Aloysius Roman Catholic Church in Euston, north London.

Police are yet to make any arrests.

Appealing for information, Superintendent Rowlands said “a significant number of specialist detectives and local officers” are “working around the clock, but we also need the public’s help”.

He continued: “We want to hear from anyone who witnessed the incident or who has any information about it. Your information could be vitally important, no matter how insignificant you think it may be.”

People who attended the memorial service at the church in Phoenix Road told Sky News they do not know why it happened.

Those who knew the mother and daughter said those hurt in the incident were attending the service in their memory.

They described people “screaming” and “running” away after the sound of a gunshot rang out just as doves were about to be released outside.

One person was reportedly injured as people scrambled to get inside the church for cover.

The 12-year-old was injured in the leg and has been discharged from hospital. She is expected to make a full recovery.

‘Too scared to go outside’

Father Jeremy Trood, who conducted the service, described the moment the gunshots were heard.

“I was inside the church. I heard the bang and people ran back into the church,” he said.

“They knew something had happened outside.

“They were very scared, people sheltered in the church until the police said they can leave, but some of them were so scared they had to wait a while to get their confidence back up to go outside.”

Father Paschal Worton, from St Mary’s Church further down the road from where the attack took place, spoke of the impact the violence has had on the local community.

He told Sky News: “It is a very close-knit community. Everyone is in shock really. Some people have talked to me about not feeling safe.

“Most people are of course just shocked by where it happened, was it a random thing… there are lots of questions.

“There is deep concern for the women who were injured and the little girl in particular.”

Queen Macauley was visiting a friend who lives near the church when she heard the gunshots.

She told Sky News her “heart was racing” as she saw people running and heard screams.

“It was quite chaotic,” she said.

One resident of an estate across the road from the church, who did not want to be named, also heard gunshots.

“I was having a quiet day on my balcony and I heard this almighty bang and I thought this was not normal,” they said.

“The next minute, everyone was screaming and shouting. We have a food bank there and everyone was running off.

“Neighbours came in and said there has been a shooting. What a terrible thing.”