A Metropolitan Police officer has been revealed as one of Britain’s most prolific sex offenders after he admitted dozens of rapes and sexual offences following attacks on 12 women.

PC David Carrick – who was known to his colleagues as “B*****d Dave” – entered guilty pleas when he appeared at London’s Southwark Crown Court on Monday.

He admitted 49 charges – including 24 rape counts – for crimes committed over an 18-year period.

The charges relate to the rape of nine different women, but some are multiple incident counts, meaning they relate to more than 80 sexual offences, including at least 48 rapes.

Downing Street said Carrick’s crimes were “appalling” and urged forces to root out criminal officers “to restore the public’s trust which has been shattered”.

The Met Police has apologised after it emerged Carrick came to the attention of officers over nine previous incidents, including claims of rape and domestic violence – but faced no criminal sanctions or misconduct findings over those allegations.

Carrick joined the Met in August 2001 after serving with the army and worked with the force’s parliamentary and diplomatic command from 2009.

The armed officer, whose role included policing parliamentary, government and diplomatic premises, was only suspended after a second rape complaint was made against him in October 2021.

The Met said Carrick was vetted in 2001 and again in 2017, and passed on both occasions.

The court heard that Carrick met some of his victims through online dating sites, such as Tinder and Badoo, or during social occasions – and used his position as a police officer to gain their trust.

The 48-year-old admitted raping nine of the women, some on multiple occasions over months or years, with many of those attacks involving violence that would have left them physically injured. 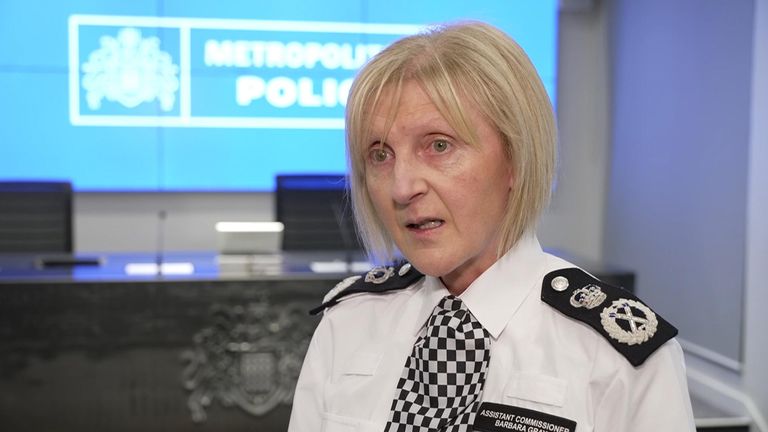 Officer whipped and urinated on victims

Some victims were locked in a small cupboard under the stairs in his Hertfordshire home for hours without food or forced to clean his house naked.

Carrick whipped one woman with a belt, urinated on some of his victims, and told them when they could eat and sleep.

He called women “fat and lazy” or his “slave” as he controlled them financially, isolated them from friends and family, and forbade them from speaking with other men or even their own children.

Carrick denied a further count of rape relating to a 13th woman, whose allegation triggered the investigation, and the Crown Prosecution Service decided it was not in the public interest to proceed to trial on the charge.

The court heard that over drinks in a pub in September 2020, Carrick told her he was a firearms officer nicknamed “B*****d Dave”, showed her his warrant card and boasted of meeting famous people, including then-prime minister Boris Johnson, in the course of his work.

The disgraced officer “thrived on humiliating his victims and cleverly used his professional position to intimate there was no point in them trying to seek help because they would never be believed”, Mr Moor said.

“The coercive nature of his offending undermined his victims in the most destructive way,” he added.

Mr Moor described the false imprisonment charges as “shocking”, adding: “Carrick forced his victims into a small under-stairs cupboard at his home address where they stayed intimidated and humiliated until he chose when they could come out. I have seen bigger dog crates.

“It is unbelievable to think these offences could have been committed by a serving police officer.

“The offending was absolutely abhorrent and I’m disgusted by it.”

Following his guilty pleas, the Met Police confirmed Carrick “had come to the attention of the Met and other forces on nine occasions prior to October 2021”.

They included allegations of rape, domestic violence, and harassment between 2000 and 2021, but he faced no criminal sanctions or misconduct findings.

Carrick, from Stevenage, was also the subject of five complaints from the public while serving with the Met Police, according to the force.

In a letter to Home Secretary Suella Braverman following Carrick’s guilty pleas, Baroness Casey – who is conducting a review of the force’s standards and internal culture – said the case should be the subject of a full inquiry.

“We owe it to all his victims that this work takes place,” Baroness Casey added.

Assistant Commissioner Barbara Gray, the Met’s lead for professionalism, said Carrick’s offending was “unprecedented in policing” and apologised to his victims for failing to remove him from the force.

“We should have spotted his pattern of abusive behaviour and because we didn’t, we missed opportunities to remove him from the organisation,” she said.

“We are truly sorry that being able to continue to use his role as a police officer may have prolonged the suffering of his victims.”

A misconduct hearing is due to be heard in Carrick’s absence on Tuesday. 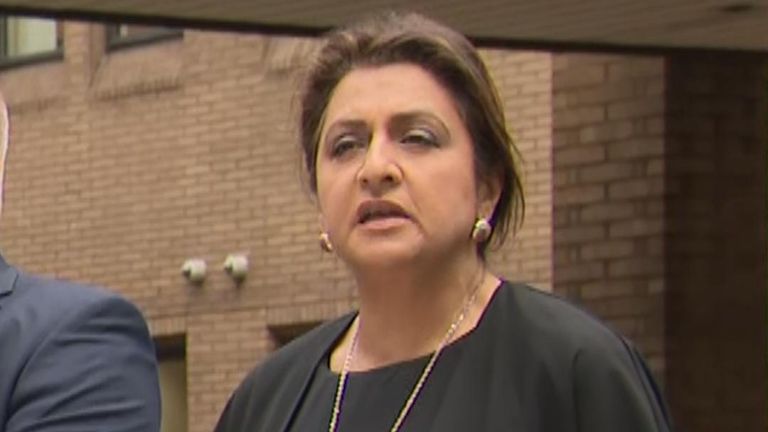 ‘One of the most shocking cases’

‘One of most shocking cases’

Chief Crown Prosecutor Jaswant Narwal said the degradation Carrick caused his victims was unlike anything she had seen in her career.

“This is one of the most shocking cases the Crown Prosecution Service has dealt with involving a serving police officer,” she said.

“Carrick held a role where he was trusted with the responsibility of protecting the public, yet over 17 years in his private life he did the exact opposite.

“This is a man who relentlessly degraded, belittled, sexually assaulted and raped women.”

Carrick entered guilty pleas at Southwark Crown Court to four counts of rape, false imprisonment and indecent assault relating to a woman in 2003.

At the Old Bailey in December, the Met officer admitted 43 charges against 11 other women, including 20 counts of rape, between March 2004 and September 2020.

“Serious questions must be answered about how he was able to abuse his position as an officer,” he added.

The End Violence Against Women Coalition said the Met was “an institution in crisis”.

The campaign group’s director Andrea Simon said: “That Carrick’s horrific pattern of egregious behaviour was known to the Met, and they failed to take appropriate action, demonstrates just how broken the systems which are supposed to keep the public safe from perpetrators of rape and abuse are.”