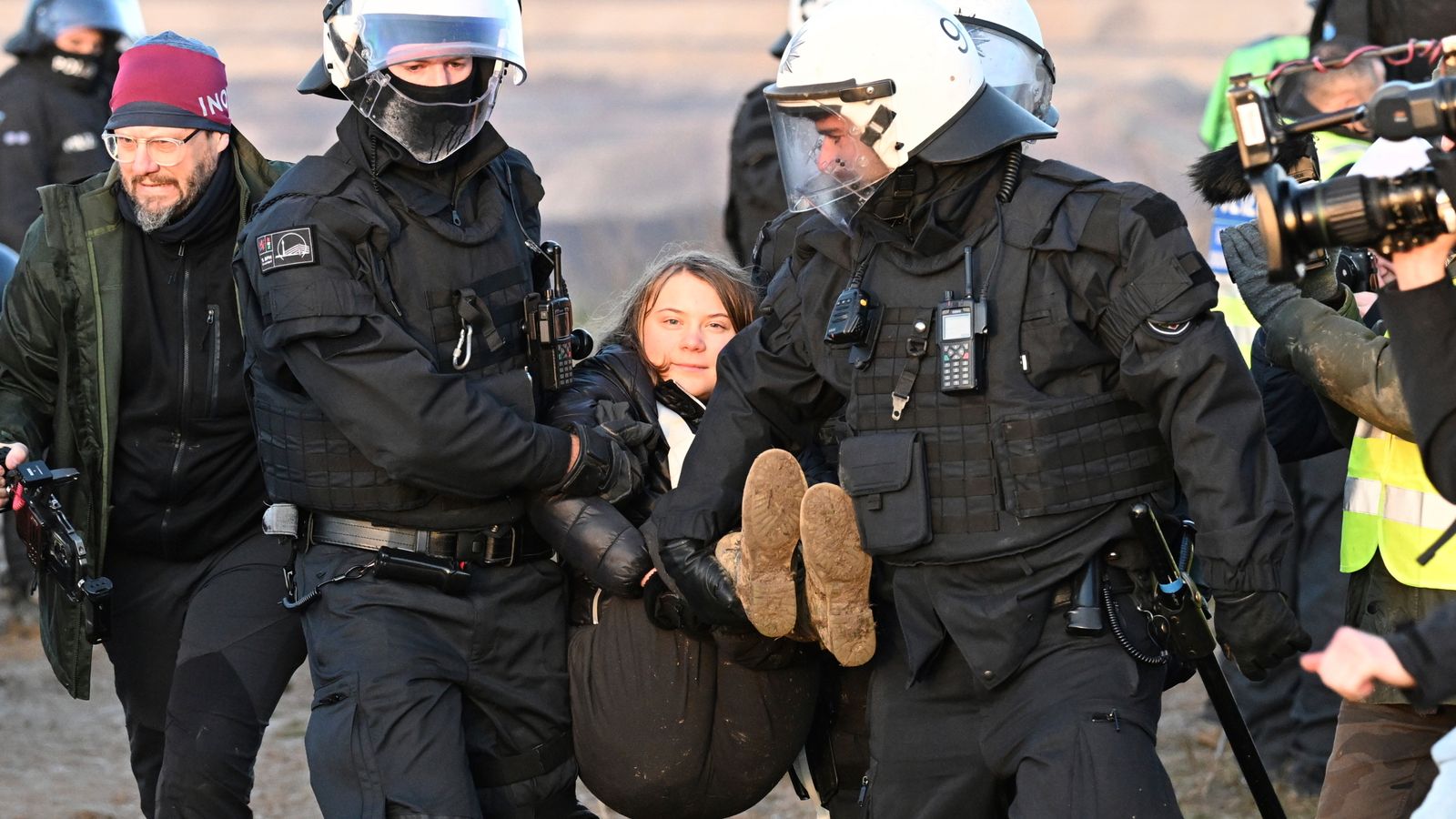 Greta Thunberg has been detained by police during a demonstration in Germany.

The environmental activist, 20, has been taking part in protests against the demolition of the village of Luetzerath.

The tiny hamlet, which has become the frontline for Germany’s climate debate, is being cleared to make way for the expansion of a nearby coal mine.

Police say it is the second time that the Swedish activist, who joined protests on Saturday, has been moved on by police this week in Luetzerath.

A spokesperson of the local Aachen police force said Ms Thunberg was part of a group of protesters that “stormed” towards the edge of the open-cast mine, described by officers as “steep and extremely dangerous”.

Police say the activist was not arrested but was instead carried away and is now being held along with other protesters for identification.

The tiny hamlet of Luetzerath, in North Rhine-Westphalia, is owned by utility firm RWE and has been emptied ahead of its demolition, to allow for the expansion of the nearby Garzweiler coal mine.

Ministers and RWE say the lignite – a form of coal regarded by activists as the most health-harming – dug up from the mine will ensure Germany‘s energy security in the short term. 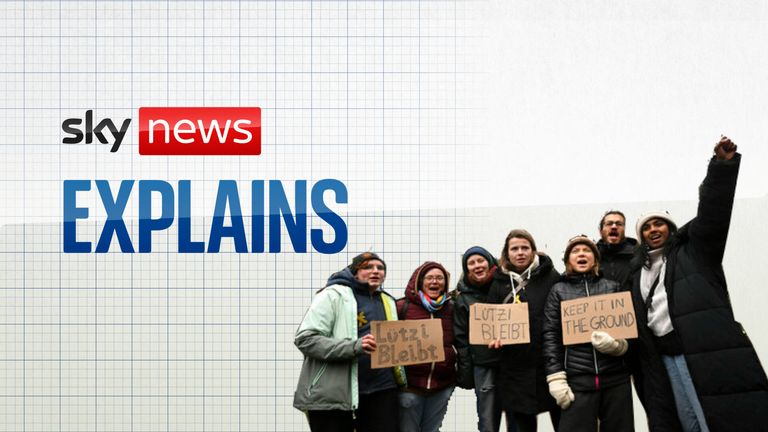 Why are climate protesters gathered at the abandoned village of Luzerath?

The government, which is a three-way coalition including the country’s Green party, has had to adapt its attitude to the use of coal following Russia’s invasion of Ukraine.

The country has in the past been heavily reliant on Russian gas for its energy, but supplies to Europe have been reduced in response to European sanctions.

The government insists, however, it is still committed to eliminating the use of coal in the long term.

It has pledged to bring forward plans to phase out coal by eight years to 2030 in North Rhine-Westphalia, the state in which Garzweiler lies.

Environmental activists want Germany to take immediate action on fossil fuels and are opposing the expansion of the coal mine.

They say bulldozing the village to make way for the site would result in huge amounts of greenhouse gas emissions from the mined fossil fuels.

Read more:
Greta Thunberg joins Luetzerath protests
Explainer: Why is Luetzerath about to be stripped from the map?

Protesters moved into the abandoned homes of former residents two years ago.

The group LuetziBleibt – which translates as Luetzi is Staying – claimed earlier this month that there were “around a couple of hundred people” hunkered down in the village.

Police in riot gear moved into the village earlier this month in an attempt to clear the protesters out.

Since then, roadblocks have been removed, treehouses built by protesters have been chopped down and buildings have been bulldozed.

Ms Thunberg joined protesters on Saturday in which she gave an impassioned speech in which she said Germany was “embarrassing itself right now”.

“The science is clear: we need to keep the carbon in the ground,” she said.

Police have said it could take weeks to resolve the standoff over the coal mine expansion, which activists see as a
symbol of Berlin’s failing climate policy amid an energy crisis in Europe’s biggest economy.

The regional and national governments reached a deal with RWE last year allowing it to destroy the abandoned village in return for ending coal use by 2030, rather than 2038.

Watch the Daily Climate Show at 3.30pm Monday to Friday, and The Climate Show with Tom Heap on Saturday and Sunday at 3.30pm and 7.30pm. All on Sky News, on the Sky News website and app, on YouTube and Twitter.