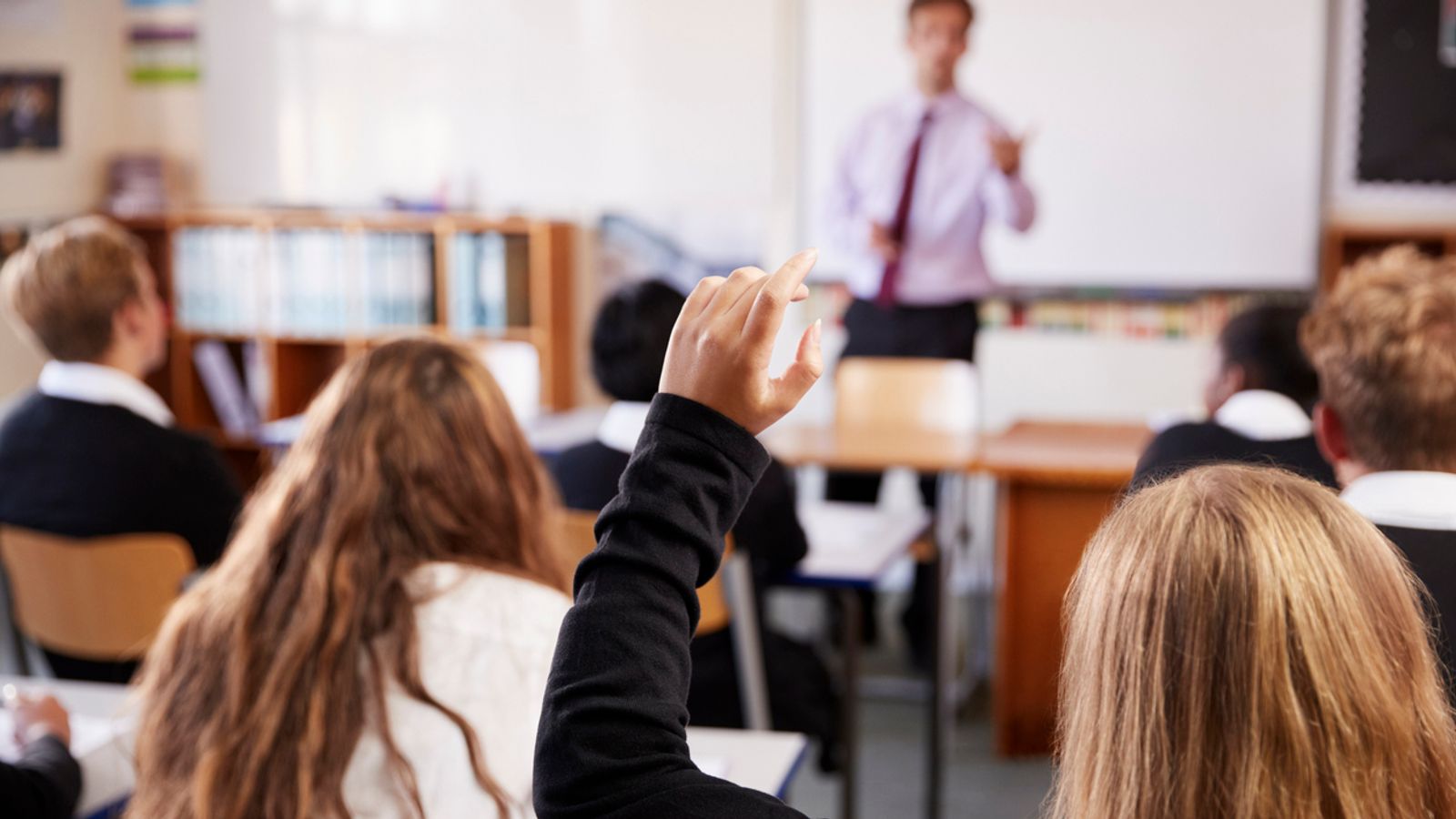 The education secretary has criticised a teaching union for planning to go on strike, telling Sky News: “Our children don’t deserve it.”

Speaking to Kay Burley, Gillian Keegan said she was “very disappointed” after members of the National Education Union (NEU) voted in favour of industrial action, with thousands of staff set to walkout next month over pay and workloads.

But she pledged to work with the group and be “as constructive as possible”, adding: “You don’t need to strike to get my attention.”

The NEU has declared seven days of walkouts in February and March, with more than 23,000 schools in England and Wales expected to be affected.

Nine out of 10 teacher members of the union voted for the action and the union passed the 50% ballot turnout required by law to stage the walkout.

However, headteachers in England will not stage walkouts after the National Association of Head Teachers (NAHT) union ballot turnout failed to meet the legal threshold.

The NEU said its vote showed teachers were not prepared to “stand by” and see the education service “sacrificed” due to “a toxic mix of low pay and excessive workload”.

The Department for Education has offered a 5% pay rise to most teachers for the current school year, but the NEU has demanded a fully funded, above-inflation pay rise.

Ms Keegan said she had met with the union to try and avert the strikes, and they had “wider discussions” about the challenges teachers faced – including workload.

But she admitted she didn’t negotiate on pay during the meeting, saying the focus needed to be on “more flexibility, job shares [and] being able to do part time [roles]”. 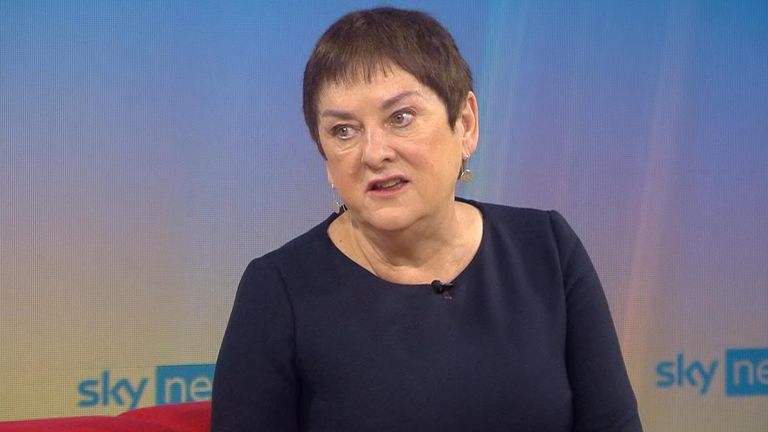 Mary Bousted says the government has known that strike action was being considered by teachers for months.

The education secretary added: “Teachers are doing a brilliant job… but we need children in school now.

“I’m disappointed in the one union that has decided to go on strike. Our children don’t deserve it, to be honest. We do need to keep teachers and children in school.

“And I will work with you. You don’t need to strike to get my attention. I will meet with people. I’ll be as constructive as possible.

“But we do need to be fair. And the number one thing we need to do is tackle inflation.”

“Teachers are crying out for conversation,” she told Sky News. “They’re crying out to be heard. They need supporting.

Pointing to the impact of COVID lockdowns on children, she added: “No one wants to see strikes happening, but I think we also learnt the value that teachers bring and that how many of us can’t step in and become teachers to children overnight.

“The only way that that industrial action and these kind of disputes gets resolved is when everybody gets round the table and finds a way, a way forward to it.”

Ms Keegan confirmed there would be another meeting with the union on Friday to go through the pay offer on the table “line by line”.

The government’s draft Strikes (Minimum Service Levels) Bill would restrict the right to strike by imposing minimum service levels and bosses would be legally able to fire employees who ignore a “work notice” ordering them to work on days of industrial action.

Despite opposition parties condemning the plan, it passed its second reading in parliament by 309 votes to 249 on Monday – a majority of 60.

The full list of proposed strike days from the NEU are as follows:

• Wednesday 1 February: all eligible members in England and Wales

• Tuesday 14 February: all eligible members in England and Wales

• Tuesday 28 February: all eligible members in the Northern, North West, Yorkshire and The Humber regions

• Wednesday 15 March: all eligible members in England and Wales

• Thursday 16 March: all eligible members in England and Wales